MENU
THE WESTERN HOCKEY LEAGUE HAS UPDATED ITS RETURN TO PLAY PLAN FOR THE 2020-21 SEASON
February 7, 2020 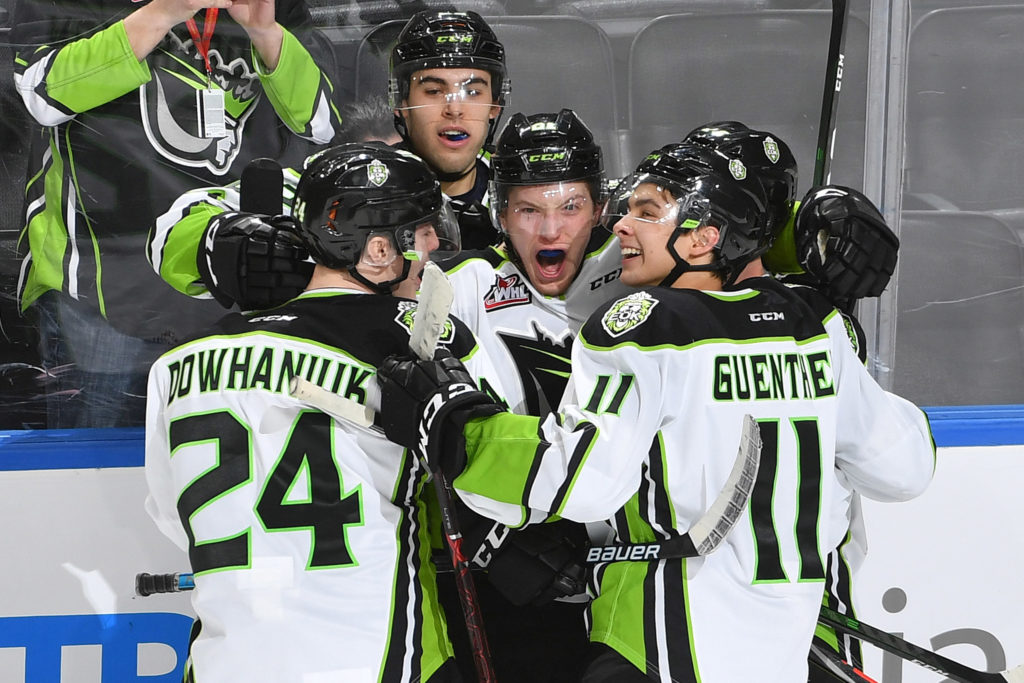 A divisional meeting with the rival Red Deer Rebels never fails to bring a different kind of competitive spark from the Edmonton Oil Kings.

On Friday, the sparks exploded into fireworks and culminated with late-game elation.

In classic Central Division fashion it was a testy affair from whistle to whistle, ranging from tussles to full-out fights, throughout.

Dylan Guenther (1G, 1A) was the other Edmonton goal scorer on the night, joining the ’20 Goal Club’ in his 46th game of the season. He sits just one behind Michal Teply (21) of the Winnipeg ICE for the lead in goals by a rookie this season. 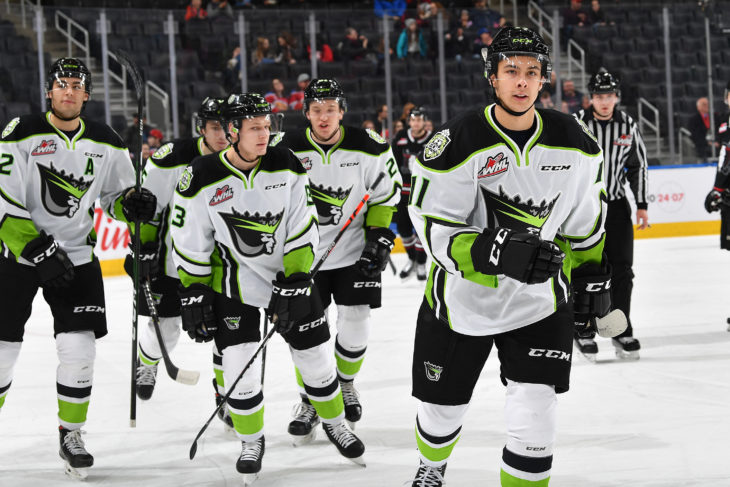 The Rebels opened the game’s scoring with Josh Tarzwell’s 24th of the season at 6:46, but it was a short-lived lead as the Oil Kings responded quickly.

Less than a minute later Guenther hit the 20-goal mark on the power play, assisted by Matthew Robertson and Neighbours, to make it a 1-1 game at 7:26.

Shots on goal in the first period of play favoured the Oil Kings, 16-9.

The middle frame was scoreless, maintaining an edge in shots for Edmonton, 10-9, for a two-period total of 26-18. 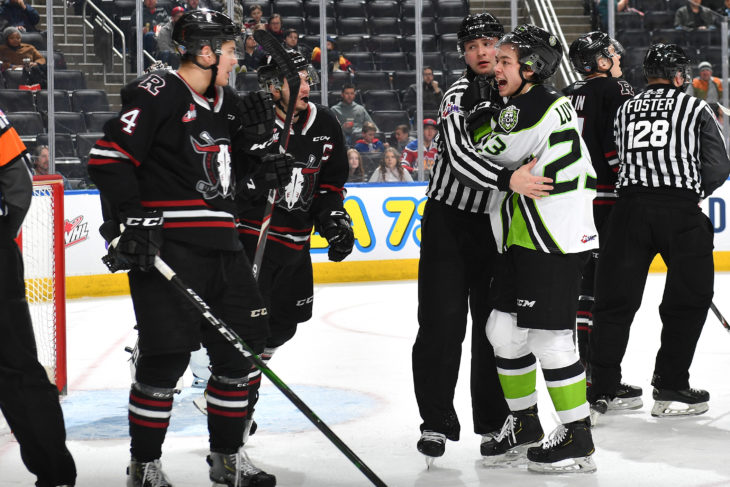 Most of the third period also remained scoreless, but was wrought with physicality between the two rivals. The game looked poised to go to overtime, but the late frame heroics of Neighbours solidified the regulation win with six seconds left on the clock.

Red Deer was 0-for-3 on the power play, while Edmonton was 1-for-4 with the man advantage.

The game also marked the return of veteran defenceman Wyatt McLeod to the line-up after missing the last 15 games due to a lower-body injury. 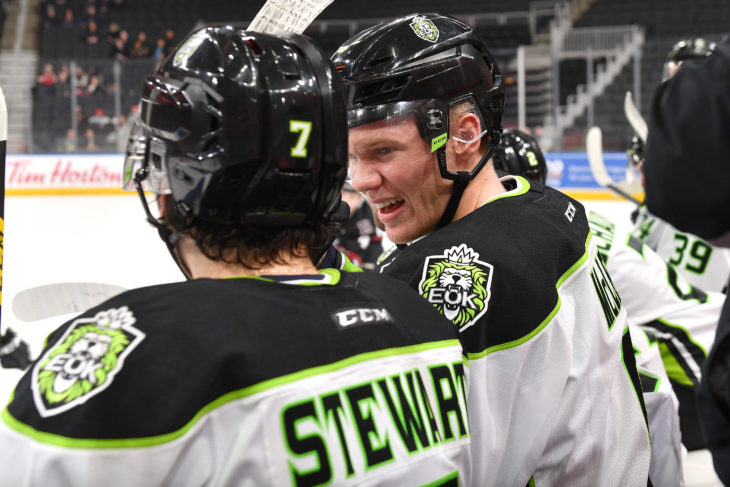 The Oil Kings continue their six-game home stand next Friday, February 14 when they host the Regina Pats at 7:00 PM MT.