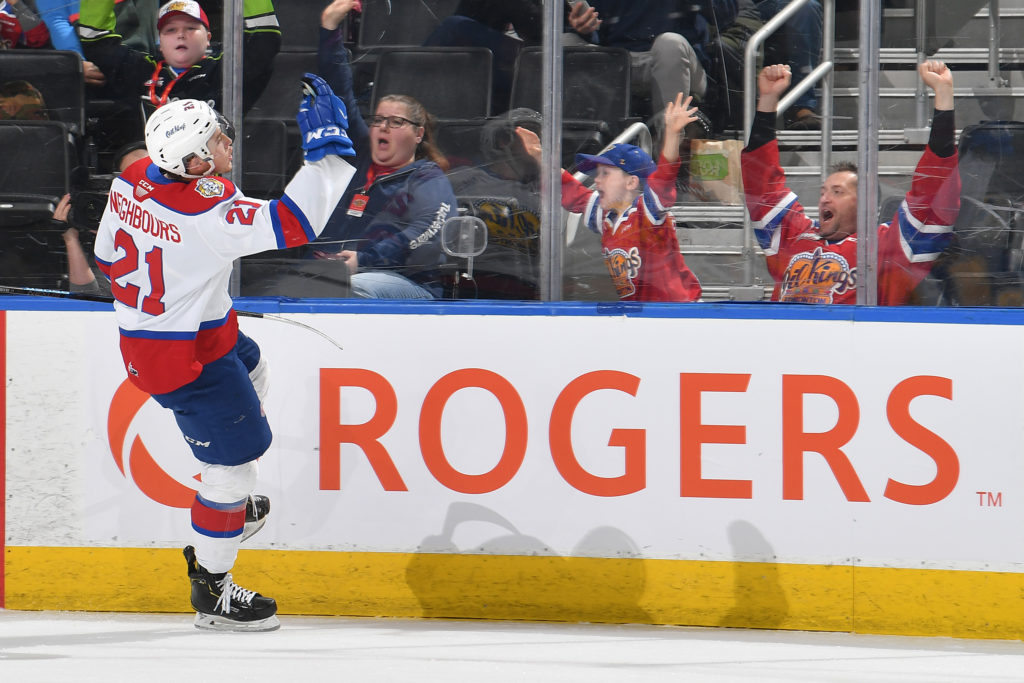 The stage was a set for an unforgettable summer. The stage has changed. However, this summer will be anything but forgettable.

In Jake Neighbours’ mind, he should be winding down, relaxing, after a lengthy spring run for WHL glory with his Oil Kings teammates.

Instead, like the rest of the world, he’s quarantined home alone. He’s trying to keep active with make-shift workouts using equipment dropped off from his personal trainer.

He should also be just days away from joining dozens of family members in Montreal to hear his name called, welcoming him into the National Hockey League.

Instead he’s spending his draft-eligible summer cancelling flights and hotels. He’s left wondering when the draft will even take place and how he’ll be notified he’s reached his life-long goal.

“It sucks obviously,” Neighbours admitted candidly. “To have your name called in front of your family that helped you get here would’ve been something so special.

I kind of just want everything to just go back to normal, play out and enjoy what was supposed to be the biggest summer of my life,” said Neighbours. “It’s honestly hard to talk about.” 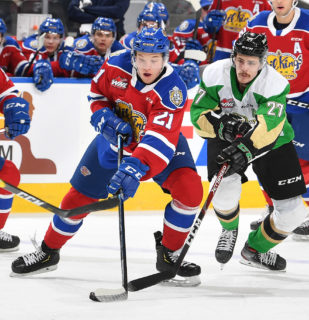 Neighbours’ game took a big jump both physically and on the stat sheet in his second full junior season becoming a go-to piece for the Edmonton Oil Kings. Improving his point total from 24 to 70 and reaching a career high 23 goals, the Airdrie, Alberta native found himself ranked as a potential first round prospect.

“It’s exciting, but I’m the type of player who can go in a 60-pick range,” said Neighbours. “It depends on what teams are looking for.”

With the Edmonton Oil Kings locking up the Eastern Conference, Neighbours was hoping for a strong, deep playoff run to solidify his draft stock and get as high on that draft board as possible. 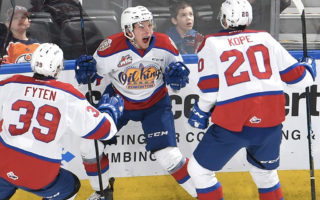 “The biggest disappointment is not playing out the playoffs with group of guys we had,” assured Neighbours. “But being my draft year, I believe I excel in playoffs. It’s a part of my game I feel is super valuable. I wanted to showcase that again this year and obviously it’s tough to not be able to do that.”

While the lights might not be shining centre stage of the famous Bell Centre for Neighbours, chances are his name will be called by an NHL GM whenever and however the draft does takes place. Given his range of rankings, he admits he will be hanging on anticipation with every pick.

For advice, he turned to teammate Matthew Robertson. In 2019, Robertson was ranked by most as a first-round talent defenceman. Robertson was selected 49th overall in the second round by the New York Rangers.

“He sat longer than he probably should have but he told me simply if you get selected it means you’re an amazing hockey player and that team wants you,” said Neighbours. “It’s obviously every kid’s dream to go in the first round but he’s really preached patience to me. The round doesn’t matter, it’s a mental exercise and it doesn’t matter where you’re selected in terms of a number.

That said, it’s hard to even really project where you could go right now. With no official standings or draft lottery, everything is completely up in the air and hard to even think about.”

Neighbours, of course, isn’t alone. The uncertainty of the draft is something hundreds of NHL hopefuls are facing this summer. However, it’s another step of the journey he gets to share with his life-long friend Ozzy Wiesblatt. 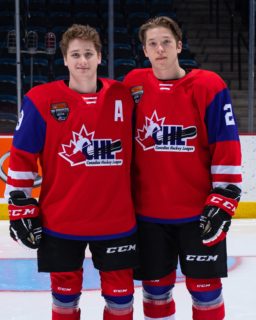 A member of the Prince Albert Raiders, Wiesblatt is a childhood friend and former Midget teammate of Neighbours. The two have crossed paths along the entire hockey process from the CHL Top Prospects, Hlinka Gretzky Cup to the WHL Eastern Conference finals.

Wiesblatt is draft eligible this year as well and is consistently ranked eerily close to Neighbours in mock drafts and by NHL scouts.

“It is unbelievable and it makes it so much easier to have someone so close to talk with about it,” said Neighbours. “He knows exactly what I’m talking about with how I feel. The friendship we have is special. We’ve leaned on each other the whole way and will with this as well.”