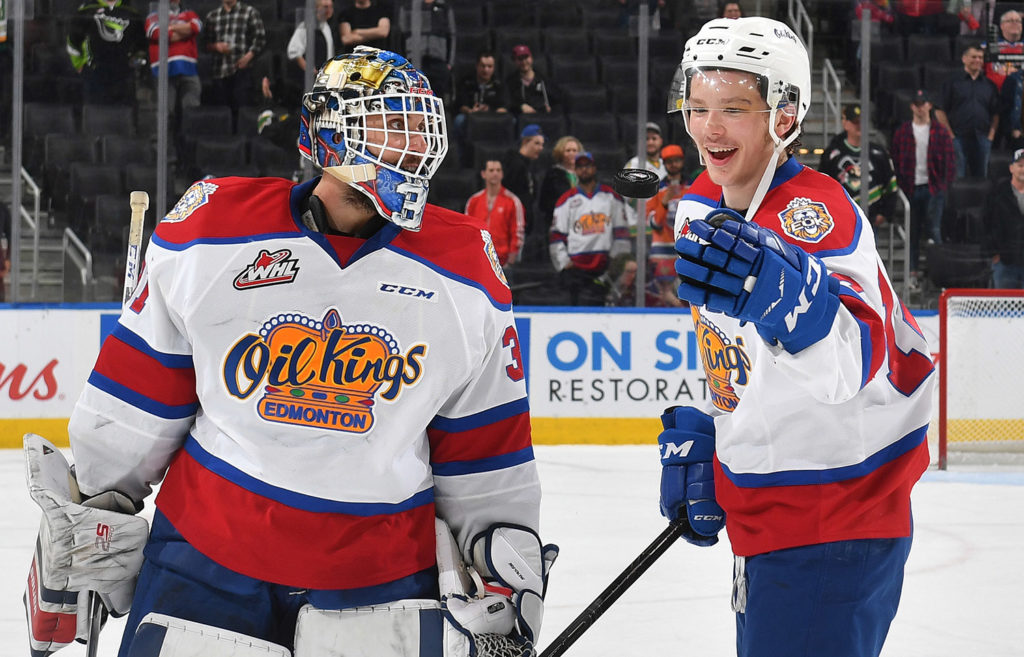 The Edmonton Oil Kings announced their 2019-20 pre-season schedule on Wednesday.

The Oil Kings will play a total of five pre-season games, with two being held in Edmonton. They will host the Red Deer Rebels in a Young Guns Game on Tuesday, September 3 at 7:00 PM MT, then welcome the Calgary Hitmen on Friday, September 6 at 7:00 PM MT. Both games will take place at the Downtown Community Arena at Rogers Place.

The following night, the Oil Kings will complete the home-and-home with the Hitmen when they travel to Tsuut’ina Nation on Saturday, September 7 for a 7:00 PM MT meeting at Seven Chiefs Sportsplex and Chief Jim Starlight Centre.

As announced in May, the Oil Kings will then participate in the WHL Exhibition Series; two pre-season games versus the Prince George Cougars at the Encana Events Centre in Dawson Creek, BC on Thursday, September 12 at 7:00 PM PT (8:00 PM MT) and Saturday, September 14 at 1:00 PM PT (2:00 PM MT) . Proceeds from the WHL Exhibition Series will go to the Dawson Creek & District Hospital Foundation.

Ticket on-sale information for the Oil Kings pre-season home games on September 3 and 6 at the Downtown Community Arena will be released later this summer and posted on OilKings.ca.

Tickets to the WHL Exhibition Series in Dawson Creek, BC on September 12 and 14 may be purchased online at tigerboxofficeplus.ca by phone at 877-339-8499, and in person at the Tiger Box Office Plus locations at the Encana Events Centre in Dawson Creek or the Systems Sound Source Ticket Outlet in Fort St. John.

Single game tickets and the full 2019-20 regular season schedule will be available soon.