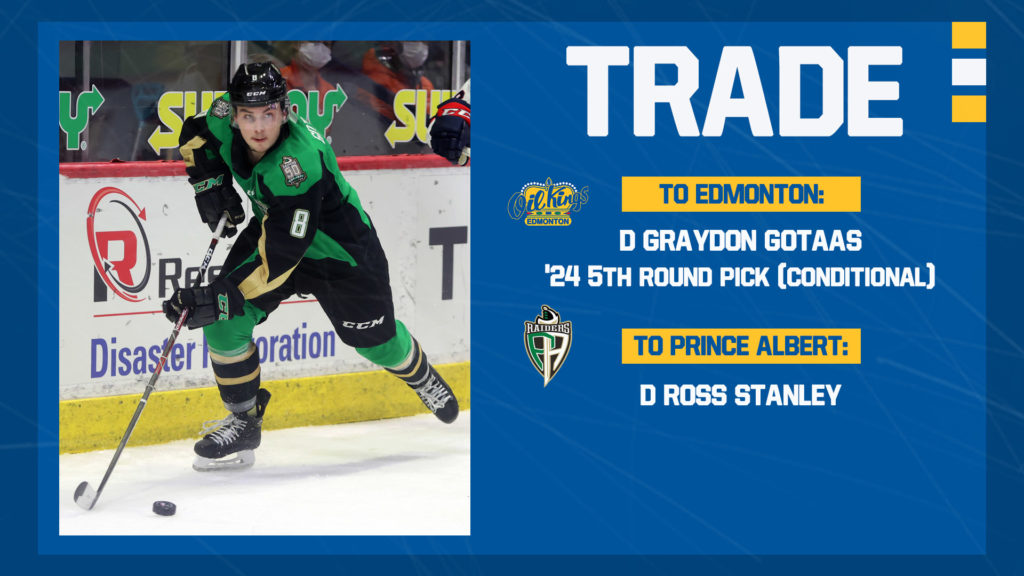 Edmonton, AB – The Edmonton Oil Kings have acquired the rights to defenceman Graydon Gotaas and a 2024 conditional fifth-round draft pick from the Prince Albert Raiders in exchange for defenceman Ross Stanley, the team announced today.

The Camrose, AB product is playing this season with the Camrose Kodiaks of the Alberta Junior Hockey League where he has suited up in 11 games, tallying two points (1G, 1A) and 14 penalty minutes.

The 5-foot-11, 176-pound rearguard was originally selected by the Raiders in the second round, 44th-overall, of the 2019 WHL Prospects Draft.

The Edson, AB native was originally selected by the Oil Kings in the second round, 40th-overall, of the 2019 WHL Prospects Draft.

The Oil Kings thank Ross for his contributions both on and off the ice during his time with the organization and wish him the best of luck in his future.