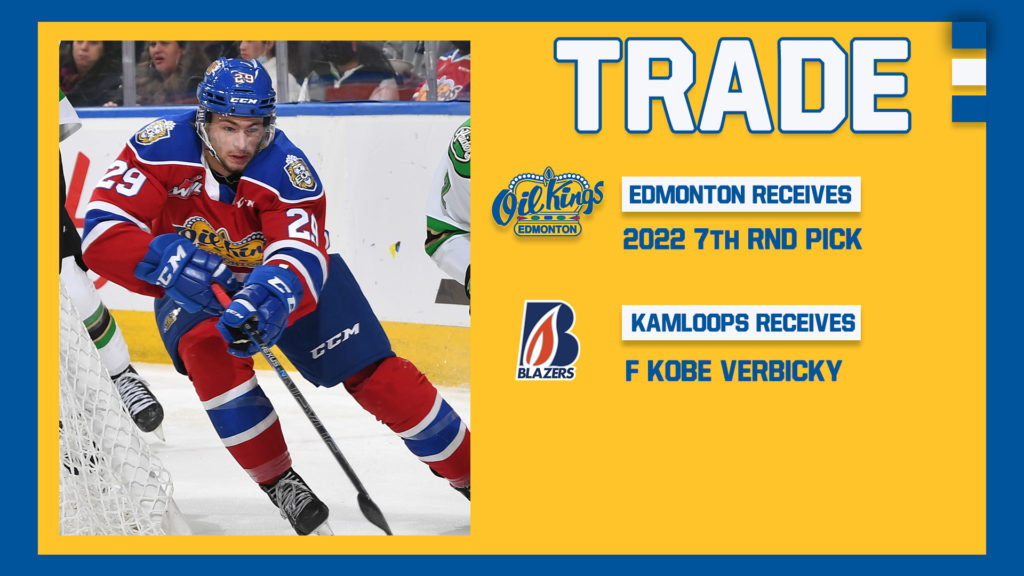 Edmonton, AB – The Edmonton Oil Kings have acquired a seventh-round pick in the 2022 WHL Prospects Draft from the Kamloops Blazers in exchange for forward Kobe Verbicky, the team announced today.

The Victoria, BC product was originally acquired by the Oil Kings when they selected him in the second round, 23rd overall, of the 2018 WHL Draft.

The Oil Kings thank Kobe for his time with the organization and wish him the best of luck in his future endeavors.