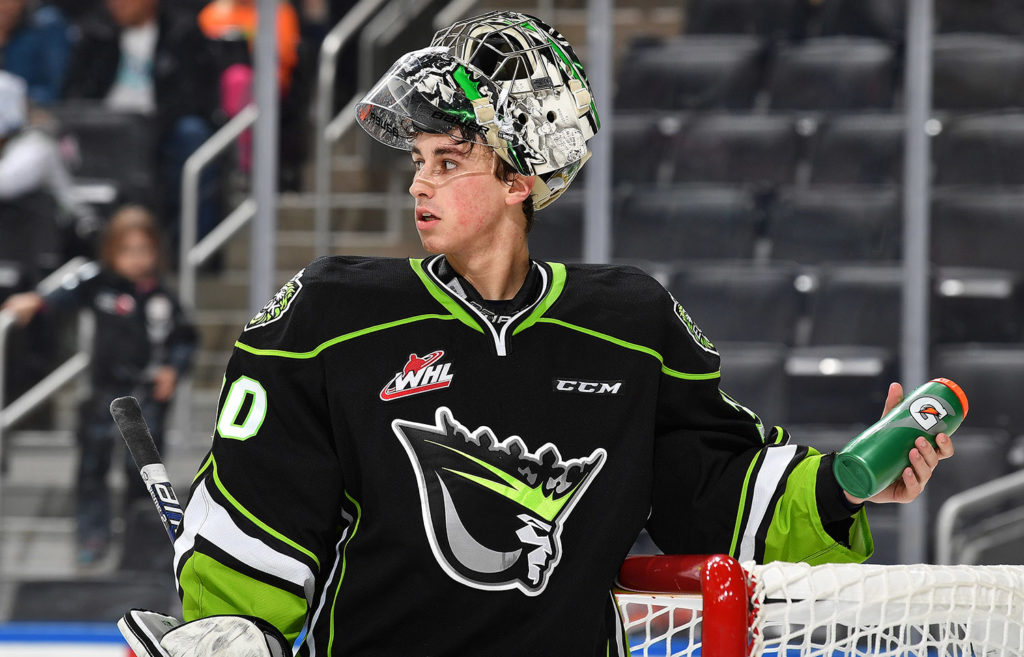 The Edmonton Oil Kings have acquired a conditional 6th round draft pick (PA) from the Prince Albert Raiders in exchange for goaltender Boston Bilous.

Bilous, a native of Langley, British Columbia, has played 26 regular season games with the Oil Kings from 2017-19. This season he has registered a 3-4-0-1 record with one shutout in 10 games played, including a 3.56 goals against average and an .859 save percentage.

“We would like to thank Boston for his contributions to both the Oil Kings organization and the Edmonton community. We wish him success in all his future hockey endeavors,” said Oil Kings President of Hockey Operations and General Manager, Kirt Hill.

The Oil Kings and Raiders will play twice more this season over a four-day span. They face-off on Friday, February 1 at 6:00 PM MT (7:00 PM CT) at Art Hauser Centre in Prince Albert, Saskatchewan, followed by a Monday, February 4 meeting at 7:00 PM MT at Rogers Place (rescheduled from February 6).