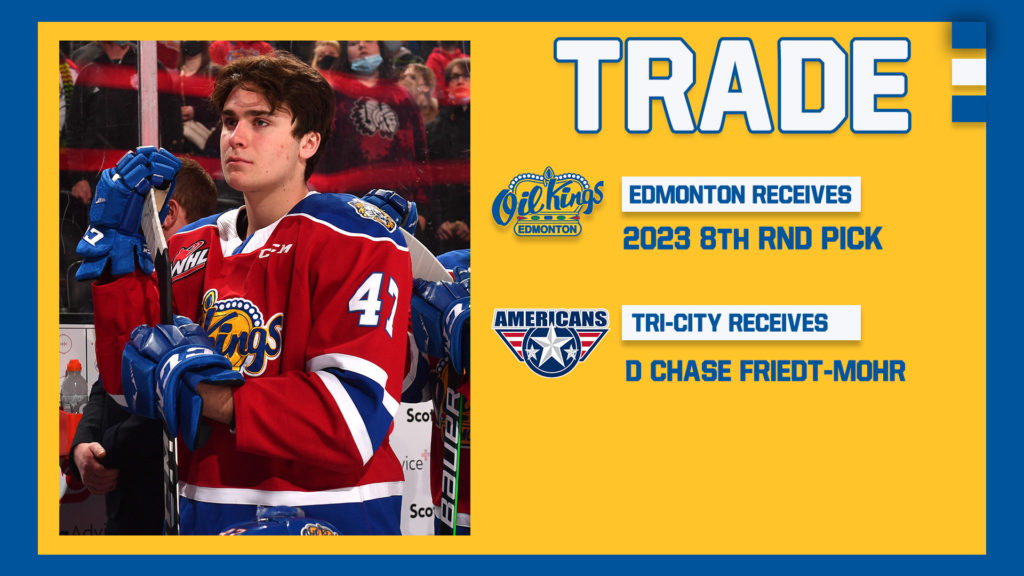 Edmonton, AB – The Edmonton Oil Kings have acquired an eighth-round pick in the 2023 WHL Prospects Draft from the Tri-City Americans in exchange for defenceman Chase Friedt-Mohr, the team announced today.

Friedt-Mohr, 18, appeared in eight games with the Oil Kings this season tallying two goals, two penalty minutes and a -1 plus/minus rating after being acquired from the Spokane Chiefs on December 6.

The Oil Kings thank Chase for his time with the organization and wish him the best of luck in his future endeavors.