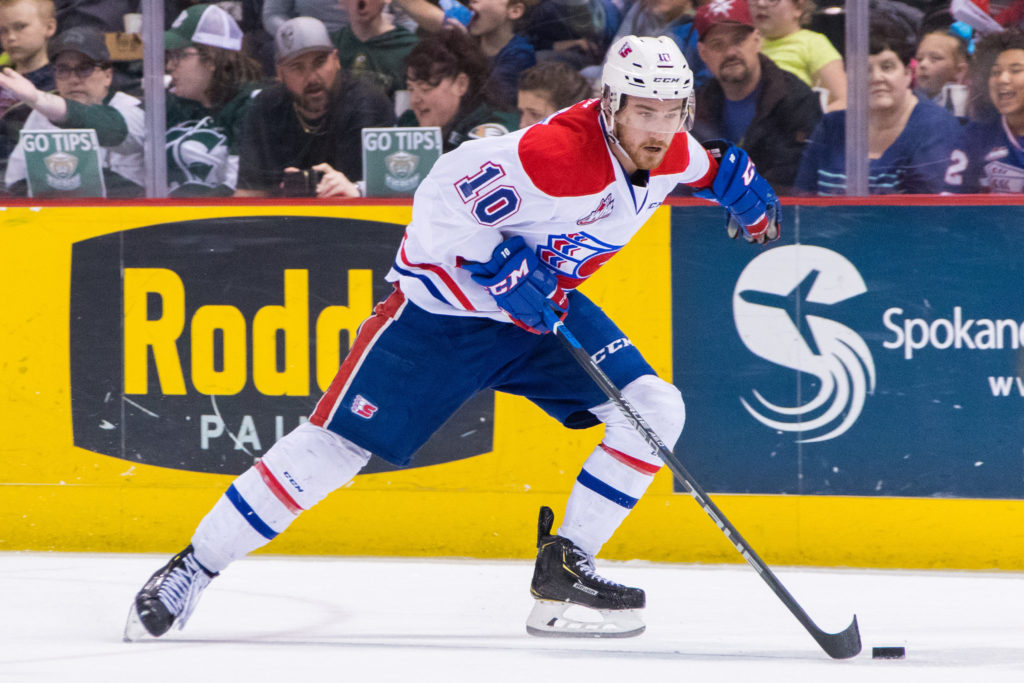 The Edmonton Oil Kings have acquired forward Ethan McIndoe from the Spokane Chiefs in exchange for a 4th round pick (WPG) in the 2020 WHL Bantam Draft, and a 5th round pick (EDM) in 2021.

Prior to Wednesday’s trade, McIndoe had spent the entirety of his Western Hockey League career as a member of the Chiefs since being selected by the Club in the 3rd round, 58th overall in the 2014 WHL Bantam Draft.

The 20-year-old native of Camrose, AB registered a total of 70 goals, 70 assists and 140 points with 180 penalty minutes in 286 career regular season and playoff games, combined, with the Club. His 263 regular season games tied him for 27th in Chiefs franchise history.

“We are extremely happy that we were able to acquire Ethan from Spokane,” said Oil Kings President of Hockey Operations and General Manager, Kirt Hill. “Ethan is a true leader with a lot of valuable experience in the WHL.”

McIndoe wore an “A” as an alternate captain with Spokane last season, tallying 16 goals and 40 points in 63 games in the 2018-19 campaign. He was a force during the 2019 WHL Playoffs, helping guide the Chiefs to the Western Conference Championship Series against the Vancouver Giants, notching 12 points (6G, 6A) in 15 post-season games.

Known for his relentless work ethic and fierce competitiveness, McIndoe was selected as the winner of the Chiefs’ Unsung Hero Award in 2017-18, and the Hardest Working Player Award in 2016-17.

“His work ethic, compete, and ability to raise his level of play in big games were just a few of the reasons we were interested in him,” added Hill.

“We look forward to welcoming Ethan back home to Alberta and introducing him to our group.”