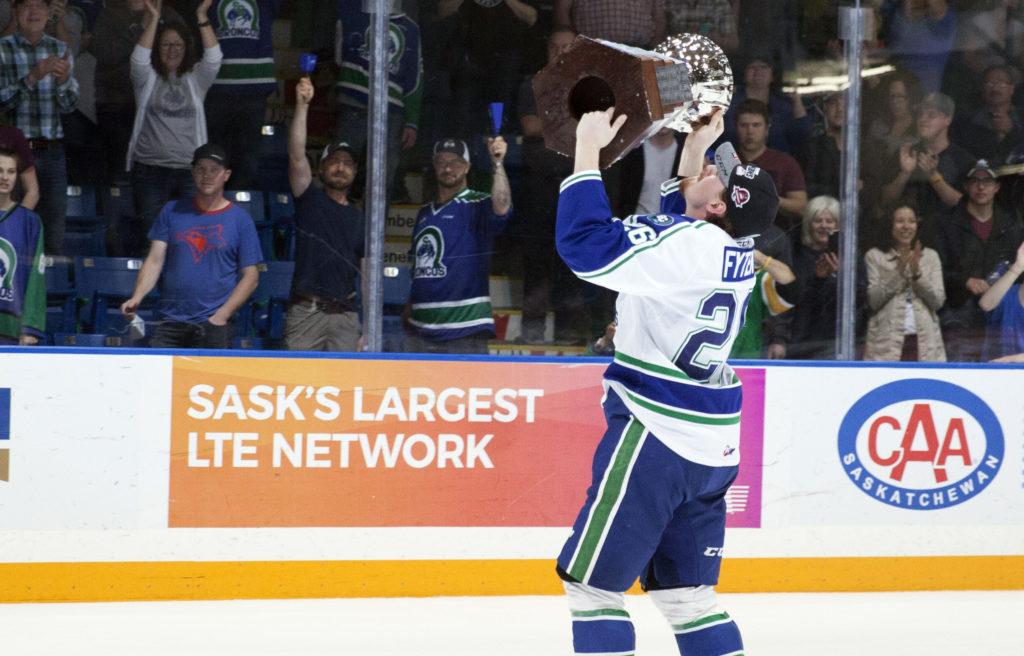 The Edmonton Oil Kings announced on Thursday they have acquired forward Andrew Fyten from the Swift Current Broncos in exchange for a conditional 5th round draft pick (EDM) in the 2020 WHL Bantam Draft.

Fyten, a native of Sundre, Alberta, helped the Broncos claim the Ed Chynoweth Cup last season, registering two goals and six points with 28 penalty minutes and a plus/minus rating of +3 in 25 postseason games.

“As a recent WHL champion, Andrew will bring a wealth of experience to our line-up. Andrew is a veteran and will provide another element of leadership to our core group of players,” said Oil Kings General Manager, Kirt Hill.

In his fourth WHL season, Fyten has posted eight goals and nine assists for 17 points in 27 games during the 2018-19 campaign.

The 20-year-old has registered a total of 67 points (28G, 39A) in 241 career regular season and playoff games with both the Swift Current Broncos and Calgary Hitmen.