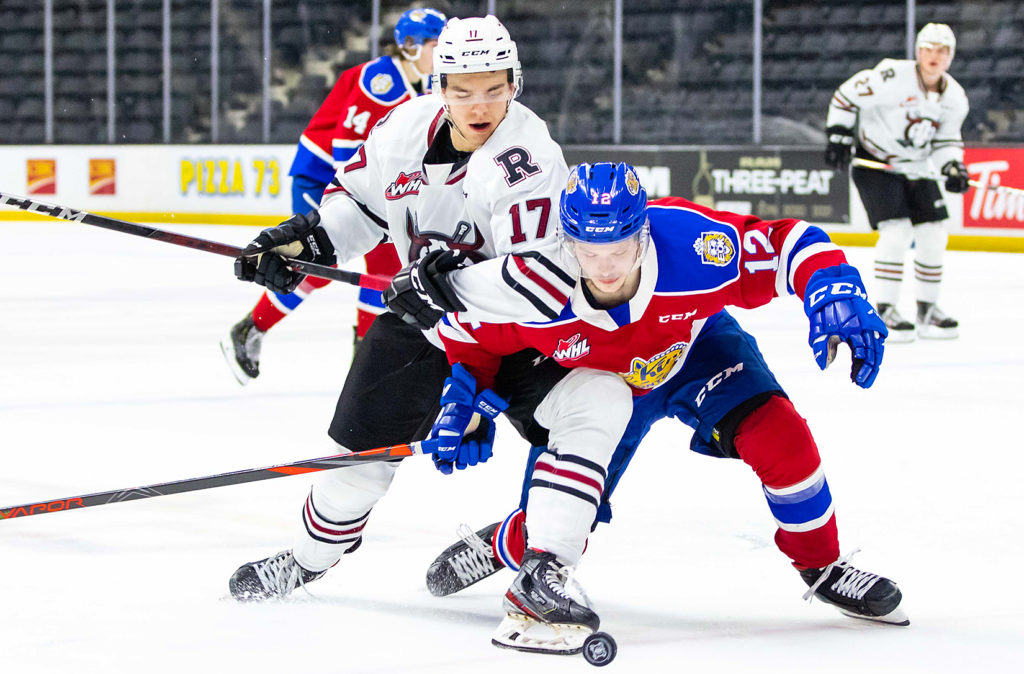 Wiebe, 19, appeared in 21 games with the Rebels last season, putting up three points (1G, 2A) to go along with 26 penalty minutes.

“Our club is excited to add Jaxsen to our group of forwards,” said Oil Kings President of Hockey Operations and General Manager Kirt Hill. “He is a veteran of the league who plays a hard-nosed 200-foot game. His offensive upside and will to compete every night made him an exciting player to add to our club. We would like to welcome Jaxsen and his family to the Oil Kings organization.”

The Moose Jaw, Saskatchewan product was selected in the seventh round, 141st overall, in the 2017 WHL Draft by the Rebels. In his draft year, Wiebe lead the Moose Jaw Warriors U15 AA team in scoring with 40 points (21G, 19A) in 27 games and was a teammate of current Oil Kings defenceman Ethan Peters.

In exchange for Wiebe, the Oil Kings have parted ways with Keeler, 20, who has spent parts of five seasons with the organization after being selected by the team in the first round, 22nd overall, in the 2016 WHL Draft.

“Liam has been everything you can ask for in an Oil King both on and off the ice,” said Hill. “We thank Liam for having been such an important part of the Oil Kings organization over these past five years. His commitment and leadership to our team and community will certainly be missed. We wish him every success in Red Deer and his future endeavours.”