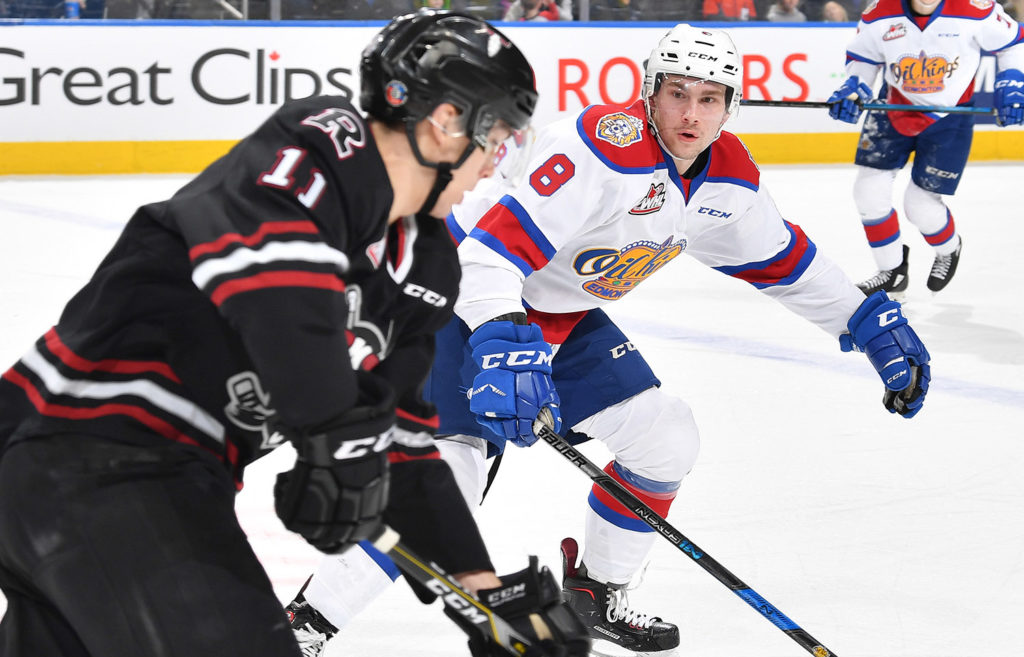 The first of five exhibition games to be played by the Oil Kings prior to the 2019-20 WHL regular season goes Tuesday, September 3 when they host the Red Deer Rebels in a Young Guns Game at the Downtown Community Arena at 7:00 PM MT.

The rosters for the Oil Kings and Rebels will consist solely of players 18-years-old and under.

The format of the game will be a 20-minute first period with 5-on-5 play, followed by a 15-minute second period consisting of 4-on-4 play, and a 15-minute third period with 3-on-3 action.

Penalties will be played at 4-on-3. Regardless of score, the game will end with a shootout to finish.

The format of the pre-season game on September 6 will be played by standard WHL rules.

Tickets for the Oil Kings pre-season home games on Tuesday, September 3 versus Red Deer and Friday, September 6 versus Calgary will only be available day of game at the DCA. Tickets are $10 each and will be cash only sales.