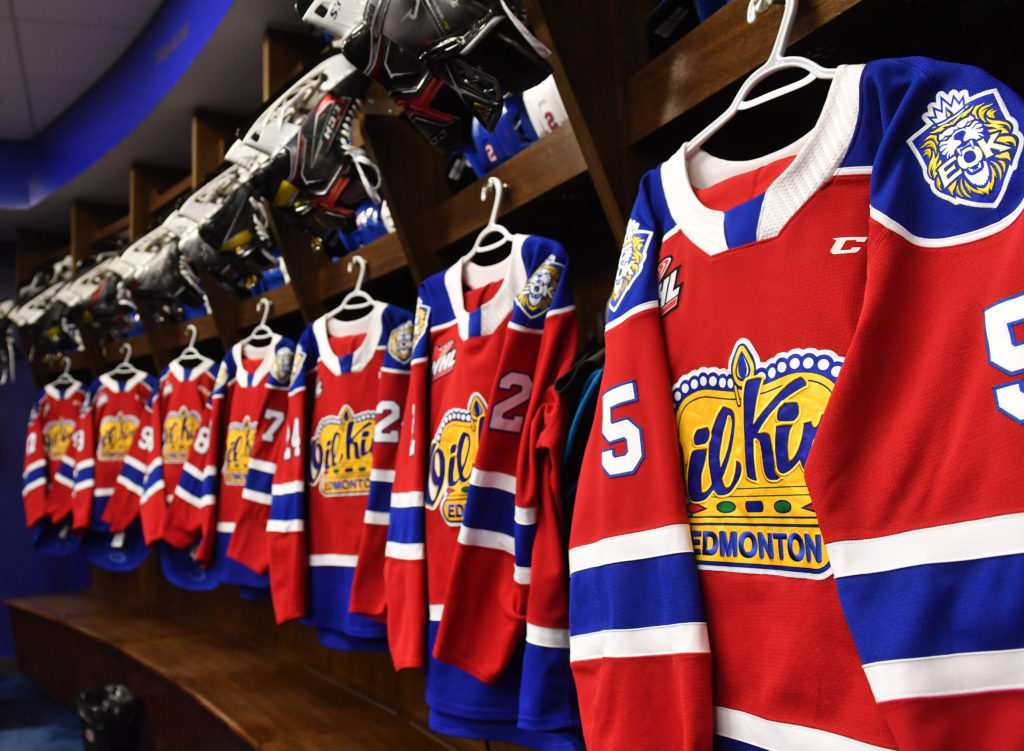 Edmonton, AB – The Edmonton Oil Kings are set to open training camp later this week at the Downtown Community Arena and have announced their hockey operations staff for the upcoming season.

Hill, a Winnipeg, MB product, agreed to a multi-year contract extension this summer and is entering his fifth season as the club’s President of Hockey Operations and General Manager.

Since he took over the role in 2018, the Oil Kings have a record of 154-46-13-10 and have won four straight Central Division titles and one WHL championship.

Chan, an Edmonton, AB native, returns for his second season as the team’s Director of Scouting after rejoining the organization last off-season after spending the 2020-21 season with the AHL’s Toronto Marlies.

Pierce takes over as Head Coach of the Oil Kings after former bench boss Brad Lauer accepted a position with the NHL’s Winnipeg Jets this offseason.

The Merritt, BC product has been with the organization since 2018 serving as the team’s Assistant Coach.  Earlier this summer, he agreed to a multi-year contract extension before subsequently being named the Oil Kings fifth Head Coach in modern franchise history on July 25.

The Bonnyville, AB native is entering his first year with the organization after being hired as the team’s new Assistant Coach and Manager of Player Development on August 9.

Smid has joined the Oil Kings as a Guest Coach for the team’s training camp this year.

The Frydiant, Czechia product just wrapped up his 17-year professional playing career after spending the past five seasons playing for Bili Tygri Liberec in the top Czechia professional league.  Prior to playing overseas, he played 583 games in the NHL with the Edmonton Oilers and Calgary Flames.

Mallory, a St. Thomas, ON native, returns for a second season as the team’s Video Coach and Hockey Operations Coordinator after being hired last summer by the club.

Pelletier, a Sayabac, Quebec product, returns for a seventh season as the Oil Kings Skating and Skills Coach.

McKnight, a Bradford, ON product, returnS for his second season with the Oil Kings as their Head Athletic Therapist after being hired by the club last summer.  This past season, he was also named one of the Athletic Therapist’s at the 2021 Capital City Challenge.

Dean, a Fort Saskatchewan, AB native, returns for his 16th season with the organization as their Head Equipment Manager after agreeing to a multi-year contract extension earlier this summer.

This past season, he worked his 1000th career game in the WHL.

Kebernik and Lowe, both Edmonton, AB products, will once again serve as the team’s Strength and Conditioning Coaches marking their seventh and fifth years with the organization respectively.