MENU
THE WESTERN HOCKEY LEAGUE HAS UPDATED ITS RETURN TO PLAY PLAN FOR THE 2020-21 SEASON
September 20, 2019 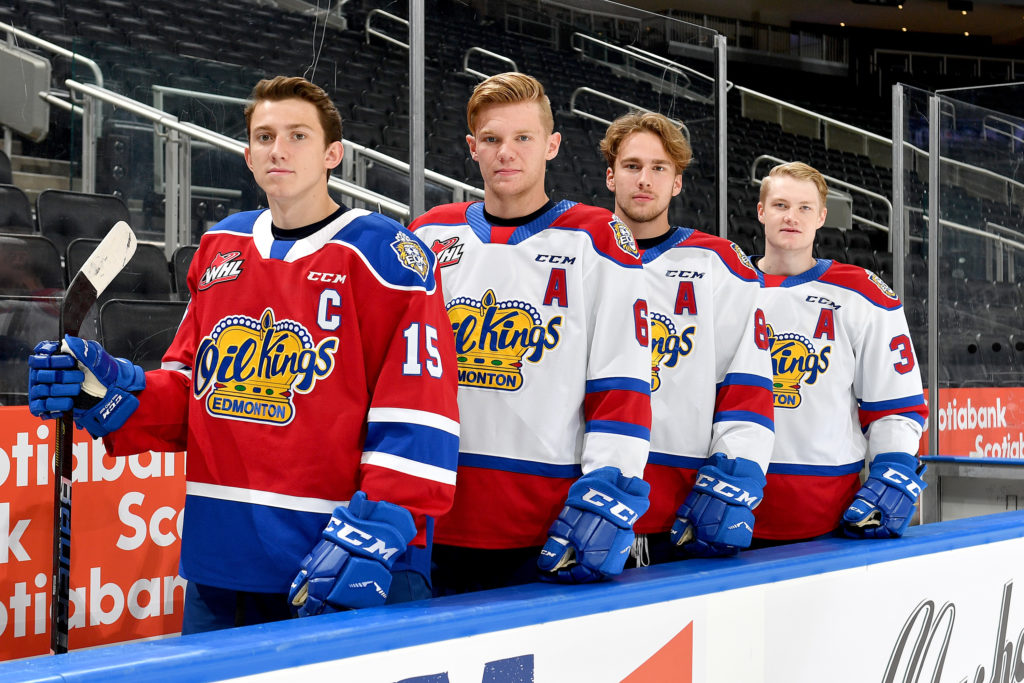 The Edmonton Oil Kings have named their leadership group for the 2019-20 Western Hockey League season, the Club announced on Friday. 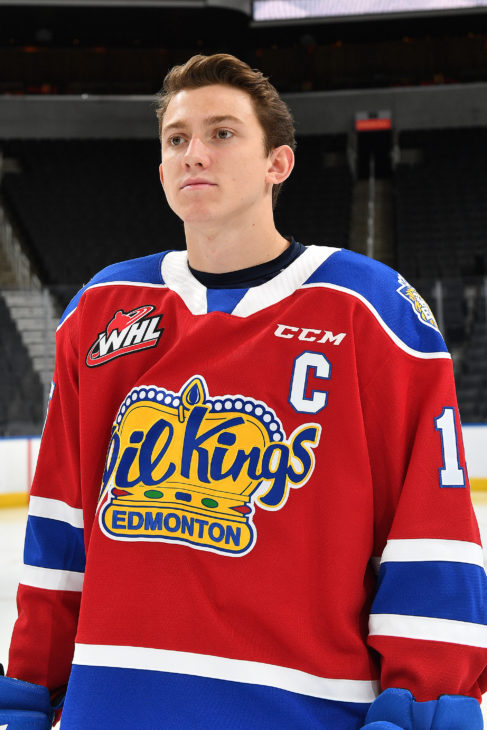 Atkinson, 19, enters into his third full season as a member of the Oil Kings after being drafted by the Club in the fifth round, 98th overall in the 2016 WHL Bantam Draft. The Vancouver, BC native registered a season of career bests in the 2018-19 campaign, tallying 15 goals and 18 assists for 33 points with a plus/minus rating of +14 in 64 regular season games.

He was the recipient of the 2018-19 Kristians Pelss Award as the player who best exemplifies the qualities that Kristians exhibited on and off the ice; respect for his teammates, a love of hockey, a strong work ethic and immense pride in being an Oil King.

“We are very proud to name Scott Atkinson as newest captain of the Edmonton Oil Kings,” said President of Hockey Operations and General Manager, Kirt Hill. “Scott is a leader for our Club both on and off the ice, and a true example of what it means to be an Oil King.

“Our staff and players are extremely happy for Scott having earned this prestigious honor.” 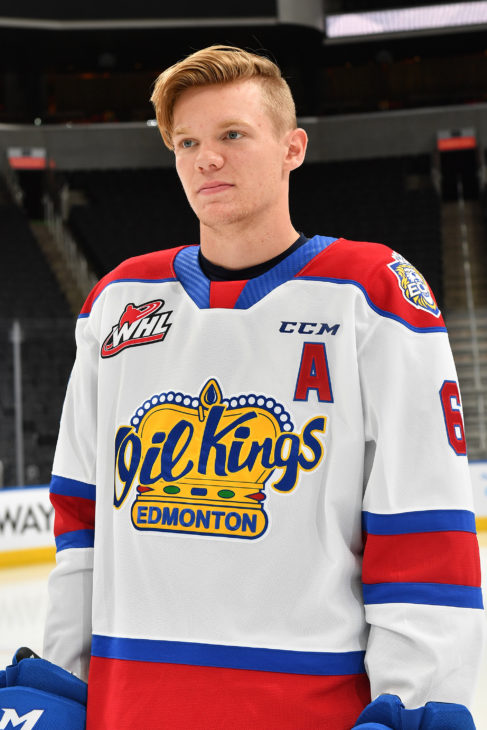 McLeod, 19, is entering his fourth season as a member of the Oil Kings, wearing an ‘A’ for a second consecutive year. The native of Dawson Creek, BC was originally a seventh round pick by the team, 143rd overall, in the 2015 WHL Bantam Draft and is coming off a 2018-19 campaign which saw him reach career highs in goals (4), assists (15), points (19), games played (66), while improving his plus/minus rating by a 47-point differential from the previous season to +27.

Robertson, 18, repeats as the youngest member of the leadership group, being named an alternate captain for the second year in a row. Drafted by the Oil Kings in the first round, 7th overall in 2016, the Sherwood Park, AB native will look to impart the knowledge and experience he has gained since being selected in the second round, 49th overall by the New York Rangers this past summer. 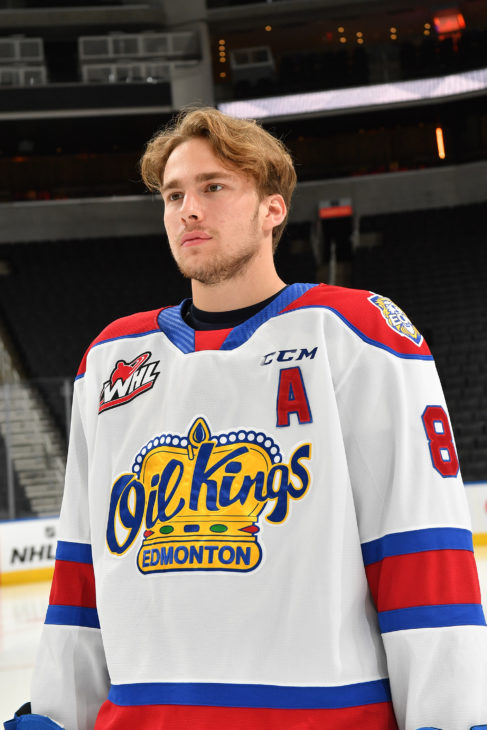 Cap, 19, will wear the ‘A’ when the team dons their dark jerseys during the 2019-20 season; at home for the first half of the season, and on the road in the second half. A first round, 11th overall pick of the Oil Kings in 2015, Cap dressed in his 200th regular season contest with the team at the end of last season and enters his fourth campaign with the Club in 2019-20. 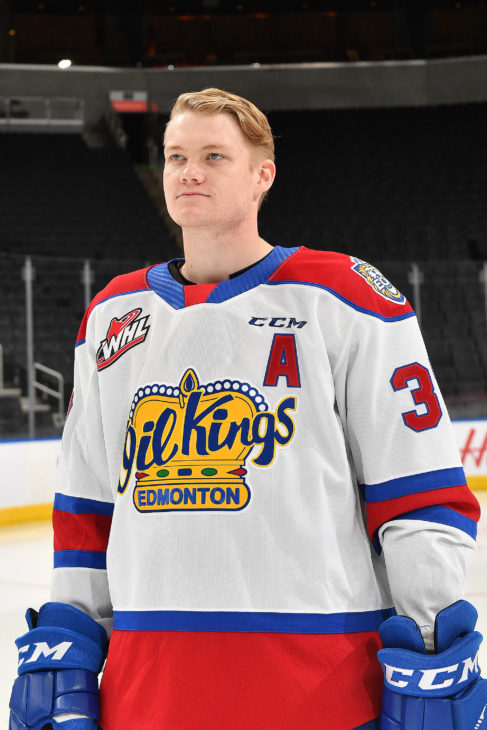 McDonald, 20, enters his final WHL season and third consecutive year as a member of the Oil Kings leadership group. The Delta, BC native will wear the ‘A’ when the team dons their white jerseys; on the road for the first half of the season, and at home in the second half. Originally a second round selection (24th overall) by Kamloops in 2014, McDonald was acquired from the Blazers in a January, 2017 trade and embarks on his fourth season in Edmonton. 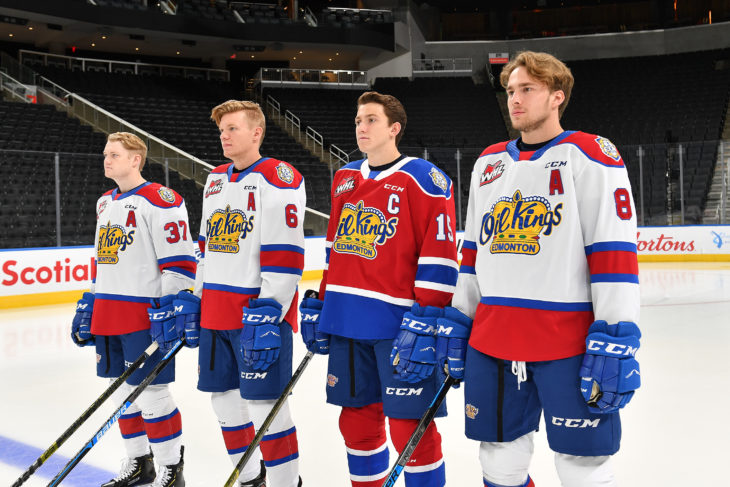 The Oil Kings open the 2019-20 season on the road when they travel to Red Deer to take on the Rebels this Saturday, September 21 at 7:00 PM MT. They host their home opener the following day, Sunday, September 22 at 4:00 PM at Rogers Place.