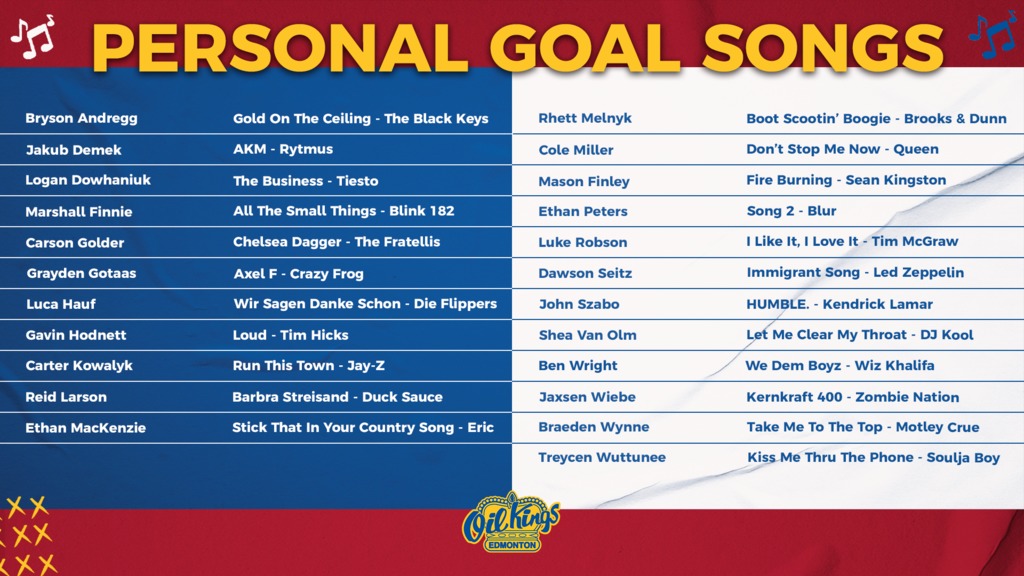 Edmonton, AB – The Edmonton Oil Kings will be hitting shuffle on their goal song for the upcoming season.

Following each Oil Kings goal at Rogers Place this year, the individual who scores, will have their own personally chosen goal song ring out from the sound system at Rogers Place.

For the tradition loving fans, they will still hear the Oil Kings classic goal song, Kickstart My Heart by Mötley Crüe, as the personal goal song wont kick in until after the players break from their celebratory huddle following the goal.