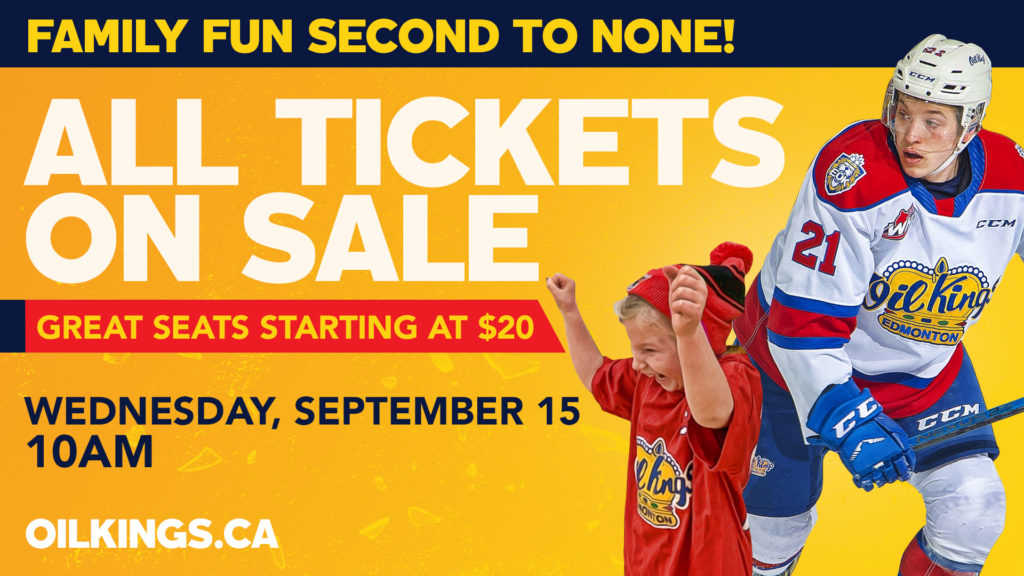 Edmonton, AB – The Edmonton Oil Kings are pleased to announce that regular season single-game tickets will go on sale Wednesday, September 15 at 10:00 A.M. through Ticketmaster.

The team is coming off a remarkable 2020-21 season that saw them finish with the best record in the entire Western Hockey League and captured a third consecutive Central Division championship with a 20-2-0-1 record during the shortened campaign.

The Oil Kings regular season success continued into the summer where they saw four of their players have their names called during the 2021 NHL Draft:

This year’s Oil Kings will also feature two other NHL drafted players in Jake Neighbours (2020 First Round Selection of the St. Louis Blues) and the club’s 2021 CHL Import Draft selection Jakub Demek (2021 Fourth Round Selection of the Vegas Golden Knights), along with other veterans such as Carter Souch, Josh Williams, Logan Dowhaniuk, Simon Kubicek, and Ethan Peters.

We look forward to seeing the WHL’s most passionate fans back at Rogers Place this year cheering on their Oil Kings!