MENU
NEXT HOME GAME: FRIDAY, OCTOBER 29 vs Winnipeg ICE at 7PM MT
Please review the HEALTH & SAFETY REQUIREMENTS prior to your next visit to Rogers Place
December 1, 2010 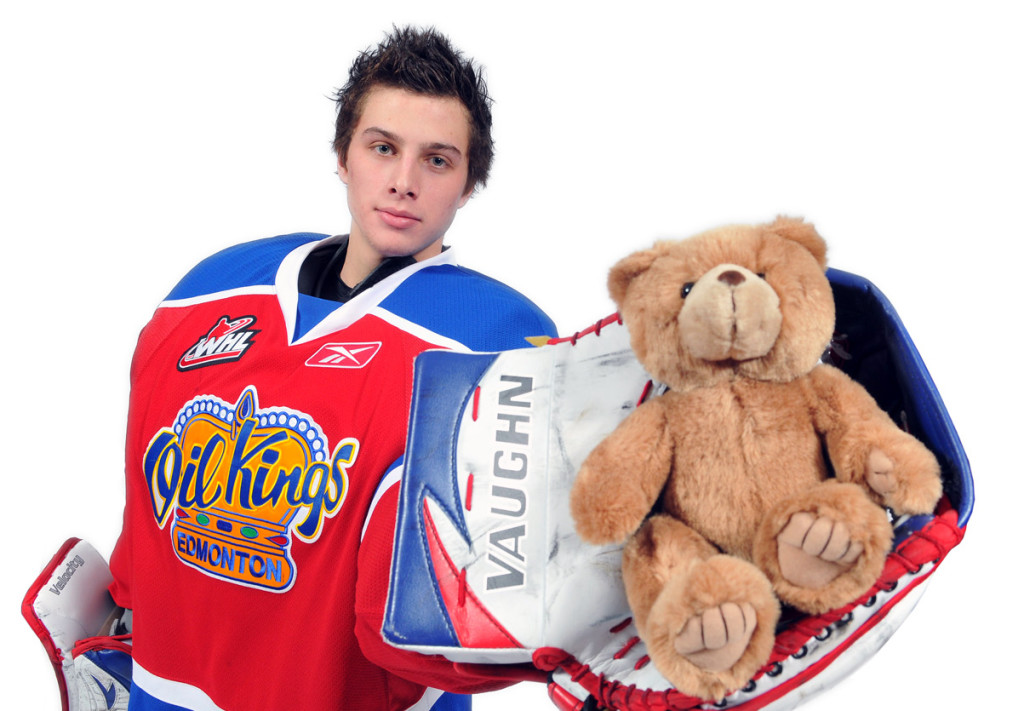 Edmonton, AB – For one night only, hockey fans can purchase any ticket to watch the Edmonton Oil Kings in action for just $10 when the team hosts its annual Toyota Teddy Bear Toss on Friday, Dec. 17.

The Oil Kings will host the Chilliwack Bruins at 7 p.m. at Rexall Place for the 2010 edition of the Toyota Teddy Bear Toss, and every ticket to the game is now on sale for just $10.

The team made the major announcement on Wednesday morning at 630 CHED Santas Anonymous, which will be the sole benefactor of this year’s Toyota Teddy Bear Toss.

When the Oil Kings score their first goal against the Bruins that night, fans can throw the new teddy bears they brought to the game onto the ice. The bears will then be collected and donated to 630 CHED Santas Anonymous.

“Besides the playoff games we plan on playing this spring, this will be the biggest Oil Kings game of the year,” Oil Kings President and Governor Patrick LaForge said. “The Toyota Teddy Bear Toss is a great way for our hockey club and the community to get behind a great cause like 630 CHED Santas Anonymous. The kids need our help, and together, we can make a difference.”

To prepare for the team’s biggest charitable game of the season, Oil Kings players also volunteered their time at Santas Anonymous on Wednesday to help them out during their busiest time of the year.

One-night-only $10 tickets for the Toyota Teddy Bear Toss game on Friday, Dec. 17 are now available at any Ticketmaster outlet, online at oilkings.ca, or by calling 780-414-GOAL (4625).