Oil Kings Back on the Winning Track with 4-1 Win 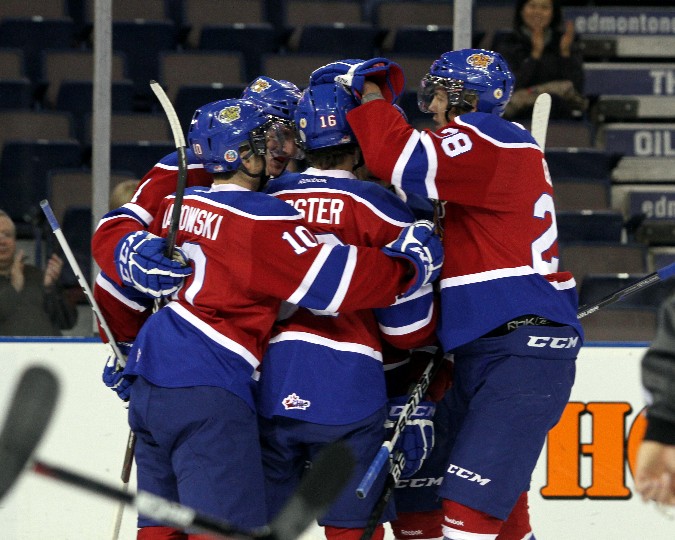 Edmonton, AB – The Edmonton Oil Kings snapped their recent two game losing streak with a 4-1 win on Saturday night from Rexall Place in Edmonton. Eager to get back in the win column and coming off a week long break between games the Oil came flying out of the gates with Kristians Pelss scoring just five minutes in. The Latvian sniper’s goal was his 7th of the season, tying him with T.J. Foster for the team goal scoring lead. Five minutes later, just past the midway point of the opening period Jordan Peddle notched his first goal as an Oil King. Peddle took a pretty feed from behind the net from Stephane Legault and buried his first of the year to make it 2-0 Edmonton.

The Captain, Mark Pysyk then beat Seattle goaltender Calvin Pickard and the clock as he fired a shot from the blue line that tallied with 1 second left in the period to give the Kings a 3-0 lead going into the second. Pysyk led the way with a two point (1G,1A) night and a plus-3 +/- rating as the Oil Kings would not relinquish the lead.

Seattle would answer back on the power play early in the second but the Oil Kings would continue to press. Finally, Rookie Curtis Lazar slammed home a rebound off a scramble to notch a 4-1 power play marker. The goal was the 16 year old rookie’s 5th of the season as he continues to shine as one of the league brightest young offensive stars.

Oil Kings forward Michael St.Croix notched a pair of helpers to extend his current point scoring streak to 10 games, the recent addition to Team WHL and draft pick of the New York Rangers has totalled four goals and 11 assists over that time.

The Oil Kings would go on to out shoot the T-Birds 44-25 on the night while going 1 for 3 on the power play. The win gives Edmonton a 10-5-1-1 record on the season and a 5-2-0-0 record within the friendly confines of Rexall Place.

Immediately following the game the Oil Kings departed for what will be a week long road trip through the B.C. division which will see them play four games in five nights this week. The first game will be their first ever match up with the Victoria Royals on Tuesday night on the island. Puck drop is set for 8:05 MT. All games this season will be broadcast live on the TEAM 1260 and streamed live at WHL.ca. 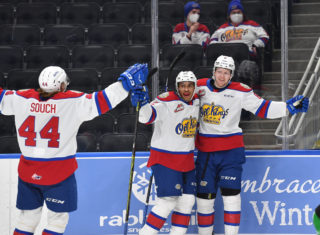 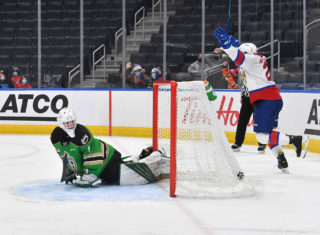 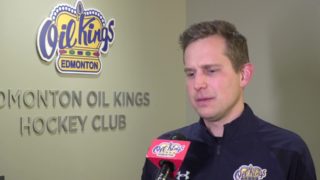 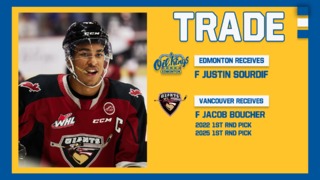