Oil Kings Bear Down Over Winterhawks 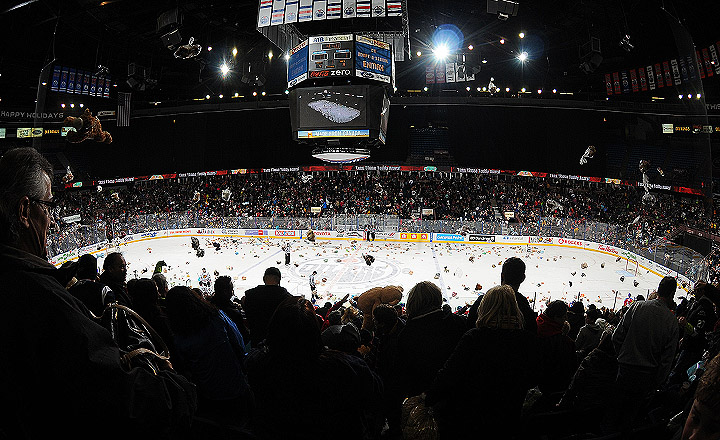 Edmonton, AB – A rematch of the past two WHL Finals turned into the game everyone wanted it to be.

Reid Petryk scored the eventual winner in the shootout, picking the top corner on Winterhawks netminder Brendan Burke to seal the win for the Oil Kings, who beat the Winterhawks for the 2012 WHL Championship but lost to them last May for the 2013 title.

“Exciting,” said Oil Kings Head Coach Derek Laxdal. “That team can score at will … but you know what, we got the two points at the end. It was a hard fought win; it’s an emotional game.”

Nic Petan opened the scoring for Portland 4:43 into the first period, and it took the Oil Kings 10 minutes to respond before Dysin Mayo’s fluttering shot from the point made its’ way through Burke. The goal summoned 10,128 stuffed toys on to the ice, the first time in Oil Kings history that the team has collected more bears than fans at the game.

“I thought we got a lot of momentum after the first goal there and all the teddy bears are thrown,” said Oil Kings captain Griffin Reinhart. “It’s always hard to play, a lot of pressure to get that first one, and I once we got that, our game started to come together.”

Cody Corbett and Curtis Lazar scored to give the Oil Kings a 3-1 lead, but the Winterhawks responded with three goals in the final five minutes of regulation to force overtime, sandwiching an Oil Kings goal from Edgars Kulda.

“We’ve got to stay disciplined there,” Reinhart said. “We had a little brain fart there, but we learned from that and luckily we were able to win in the shootout.”

The win vaults the Oil Kings into first place in the Central Division and second in the Eastern Conference. They’ll put that spot on the line Sunday afternoon when they host the Medicine Hat Tigers.

The game worn limited edition Teddy Bear Toss jerseys were auctioned off after the game, raising $19,675, also in support of Santas Anonymous. 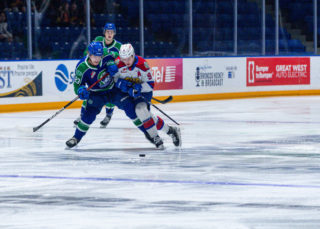 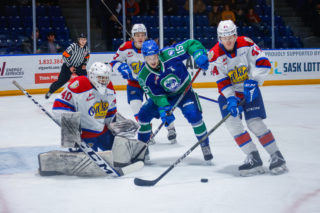