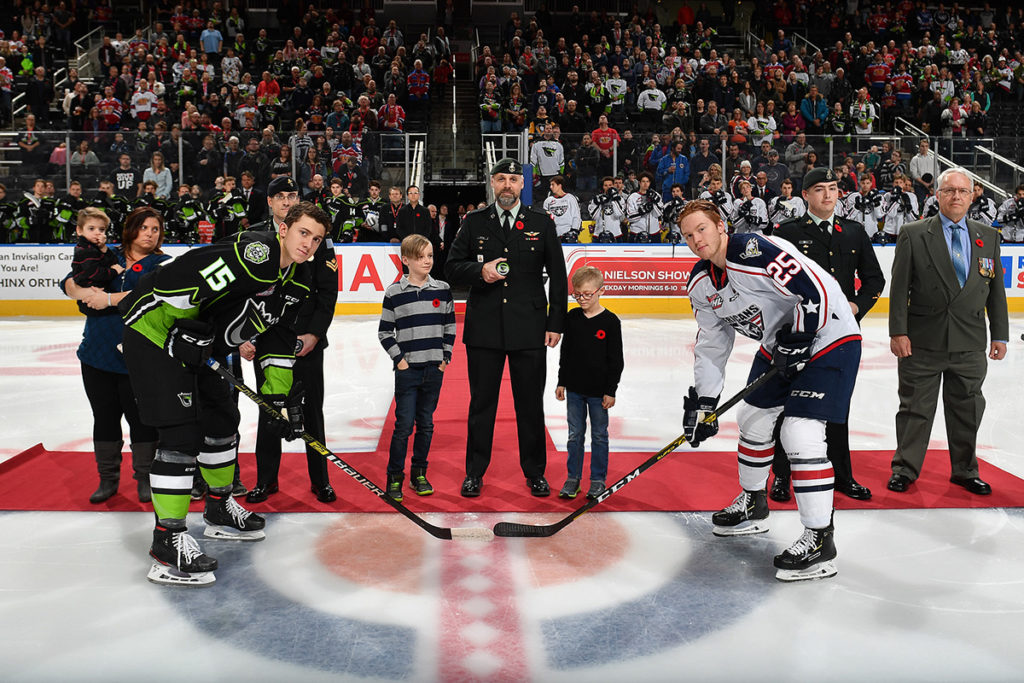 After earning a spirited win on Saturday night at Rogers Place, the momentum shifted for the Edmonton Oil Kings Monday afternoon.

For the first time this season the Oil Kings were unable to etch the scoresheet, falling 3-0 to the Tri-City Americans in front of 7,009 fans at Rogers Place on Remembrance Day Monday.

It was the first time the team was shutout since April 26, 2019 in Game 5 of their third round playoff series versus the Prince Albert Raiders last spring.

The Oil Kings (13-3-3-1) outshot the Americans (11-6-0-1), 12-11, in the first period, but failed to muster any offence, while Tri-City took full advantage with a power play goal at 13:53 of the opening frame, followed by a deflating second goal with just 11 seconds left to play before the intermission.

A scoreless second period saw the teams at a stalemate in shots, 12-12, before the Oil Kings poured it on in the third, outshooting their opponents by a 24-3 margin but failing to get on the board.

The game was circled on the calendar for overage Edmonton forward Riley Sawchuk, who faced off against his former team for the first time since being acquired by the Oil Kings in May.

Sawchuk and Vladimir Alistrov led the team in shots on goal with six apiece.

Tri-City was 2-for-4 on the power play while Edmonton went 0-for-6 with the man advantage.

The Oil Kings travel to Medicine Hat to take on the Tigers on Saturday, November 16 for a 7:30 PM MT start. They return home to face the Brandon Wheat Kings the following night, Sunday, November 17 at 4:00 PM MT at Rogers Place before embarking on their BC road trip.