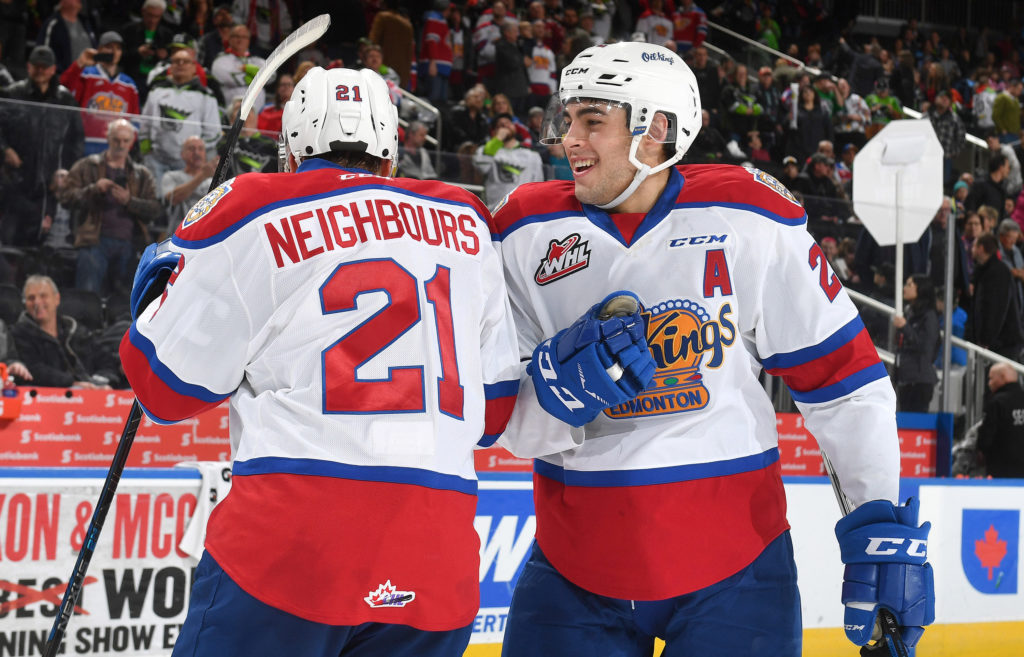 The Oil Kings (41-18-4-4) trailed the Calgary Hitmen (36-25-5-1) 1-0 after the first period of play, but stormed back with six unanswered goals to claim the division crown with a 6-1 victory in front of 14,763 fans at the team’s final home game of the regular season on Saturday afternoon at Rogers Place.

The win also solidified the Oil Kings first round opponent in the 2019 WHL Playoffs. Edmonton will play host to the Medicine Hat Tigers in a best-of-seven quarter-final series which gets underway with Game 1 in Edmonton on Saturday, March 23 at 7:30 PM MT at Rogers Place. (Full series schedule below)

Dylan Myskiw (28-11-2-3) backstopped the Oil Kings to another win – his eighth straight – in the team’s penultimate game of the regular season, allowing just one goal on 22 Hitmen shots.

Today marked the ninth straight game the 19-year-old netminder has surrendered two goals or fewer in an outing, allowing only 11 goals in those nine games.

After Mark Kastelic scored his 47th of the season to give the Hitmen the 1-0 lead at the 7:30 mark of the opening period, the Oil Kings regrouped in the first intermission and came out with more life in the second.

Vince Loschiavo tallied his 35th goal of the season on the power play just 1:00 into the middle frame, from Matthew Robertson, to even things up at 1-1.

Zach Russell made a nice diving play at the blue line to keep the puck in the offensive zone, dishing it to Liam Keeler who found Josh Williams at the side of the net, giving Edmonton the lead, 2-1, at 7:51.

Under a minute later Edmonton was in complete control, taking a 3-1 lead on Scott Atkinson’s first of the night and 14th of the season, from Robertson, at 8:49.

Before the period was out the Oil Kings would add another as Jake Neighbours cashed in his tenth of the season – unassisted – at 19:44.

In the third, Conner McDonald increased his record setting total of goals scored by an Oil Kings defenceman in a single season to 19, assisted by Will Warm at 7:55, to make it 5-1.

Atkinson rounded out the game’s scoring, assisted by Andrei Pavlenko and Wyatt McLeod, at 15:54 to secure the 6-1 win and the division title.

Calgary was 0-for-2 on the power play, while Edmonton finished the game going 1-for-4 with the man advantage.

Before the game, the team’s three overagers – Loschiavo, Benjafield and Fyten – were featured in a special video commemorating their final WHL regular season home game, and each presented with a framed personalized Oil Kings jersey at centre ice. They were also surprised by members of their family who joined them on the ice for commemorative photos of the memorable moment.

After the game, the Club held its annual Team Awards at centre ice, congratulating a number of Oil Kings for their efforts on and off the ice during the 2018-19 regular season.

Rookie of the Year: Vladimir Alistrov

The Oil Kings close out the 2018-19 regular season tomorrow afternoon, Sunday, March 17 when they play the tail-end of a home-and-home with the Calgary Hitmen at Scotiabank Saddledome at 2:00 PM MT. 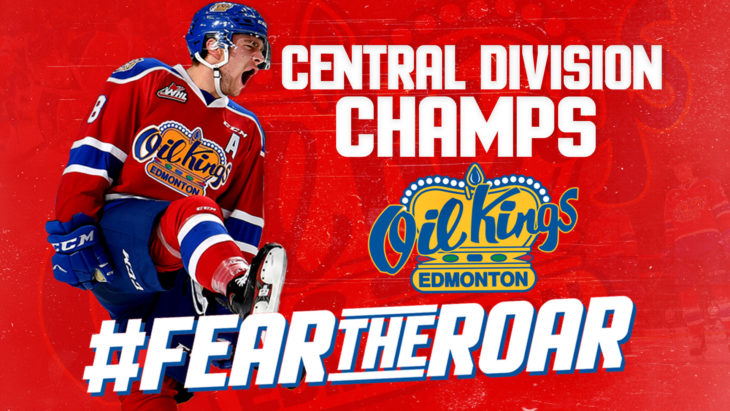