Oil Kings down ICE, 4-1, during United Against Cancer 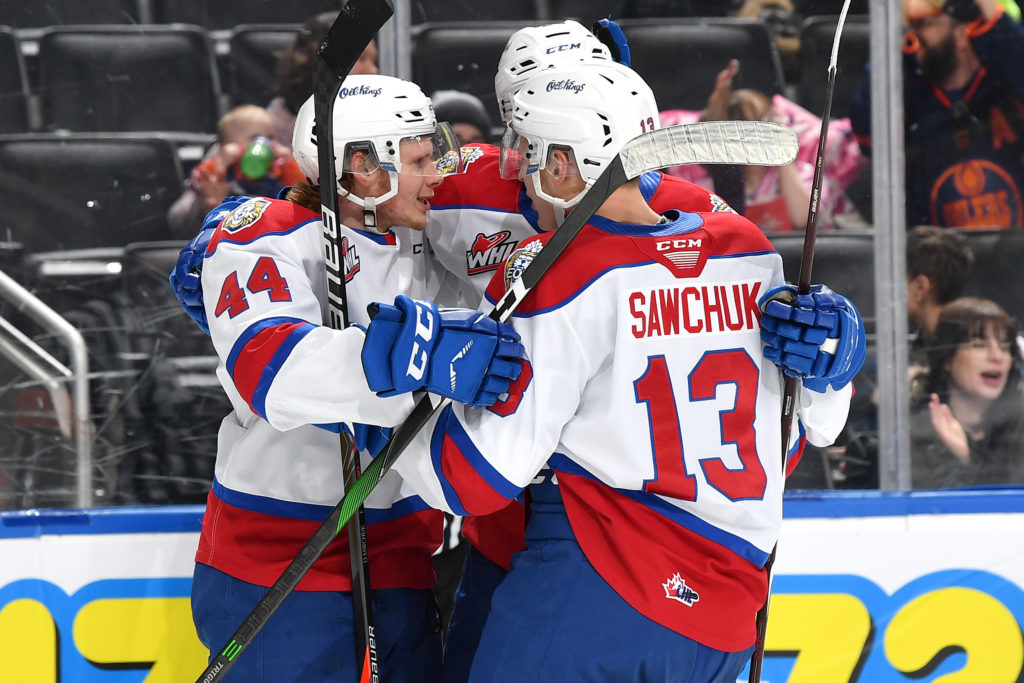 The first visit to Rogers Place by the Winnipeg ICE will be one the visitors wish they could erase from the history books.

Sebastian Cossa (19-3-2-1) earned the win in October’s shellacking, making 40-saves in his WHL debut. Tonight he needed far fewer saves but was just as stellar with those he turned aside, stopping all but one of 26 shots.

Carter Souch, Riley Sawchuk (1G, 1A), Ethan McIndoe and Jake Neighbours (1G, 1A) were the goal scorers for the home side on United Against Cancer night. A special pre-game ceremony saw both teams hold signs dedicated to who they’re supporting, as well as 10-year-old Addison – currently fighting the disease – attend the game and announce the Oil Kings starting line-up over the public address system. 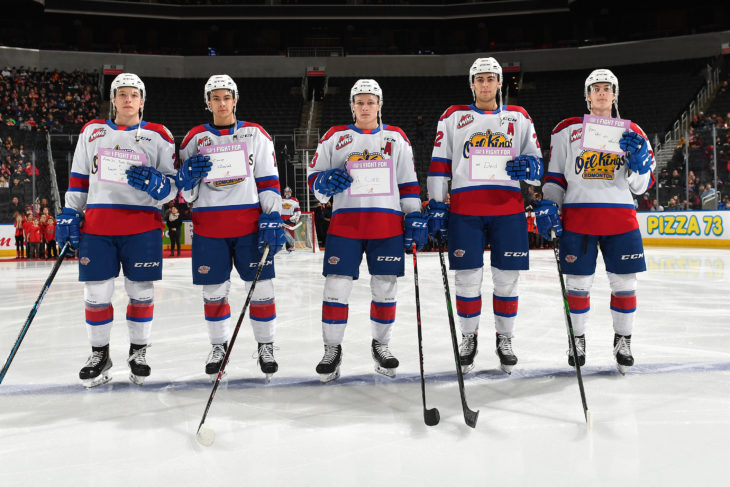 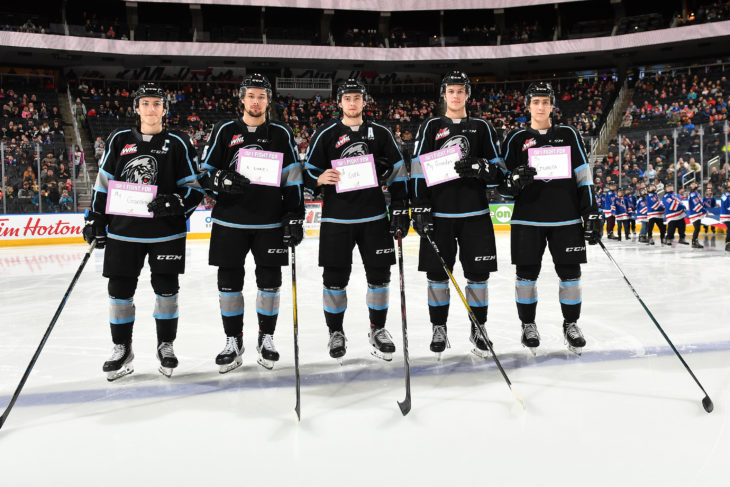 After a scoreless stalemate in the first 20 minutes, it was the Oil Kings who opened the game’s offence and did so with one of the prettier passing plays of the year.

Breaking into the offensive zone, Souch started it off with a feed to Sawchuk, who found Dylan Guenther who tapped a pass back to Souch who buried his 16th of the season to make it 1-0 Edmonton at 10:24.

Under two minutes later – and with the Oil Kings on a 5-on-3 man advantage – they capitalized to extend their lead to 2-0 on Sawchuk’s 23rd of the campaign, from Matthew Robertson and Neighbours, at 12:42, to round out second period scoring.

The Oil Kings kept things rolling to start the third period, making it 3-0 just 40 seconds in after a Robertson blast from the point was tipped in front by McIndoe for his 12th of the season – another power play goal – with the secondary assist to Guenther. 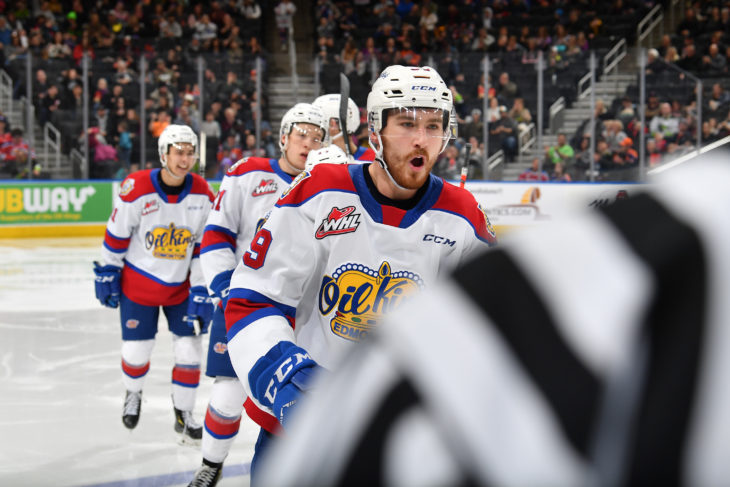 The ICE broke the goose egg just under five minutes into the third period with a goal by Michal Teply to cut the lead to 3-1, but they couldn’t close the gap any tighter as the Oil Kings would add another from the stick of Neighbours – an empty net goal for his 17th of the year – at 19:17 from Scott Atkinson to secure the 4-1 final.

Winnipeg was 0-for-2 on the power play, while Edmonton was 2-for-3 with the man advantage.

Before puck drop, Jalen Luypen was awarded the Blue Willow Restaurant/Vic Mah Trophy as Unsung Hero for the month of January.

The Oil Kings continue their six-game home stand on Friday, February 7 when they host the Red Deer Rebels at 7:00 PM MT.