MENU
THE WESTERN HOCKEY LEAGUE HAS UPDATED ITS RETURN TO PLAY PLAN FOR THE 2020-21 SEASON
September 23, 2017 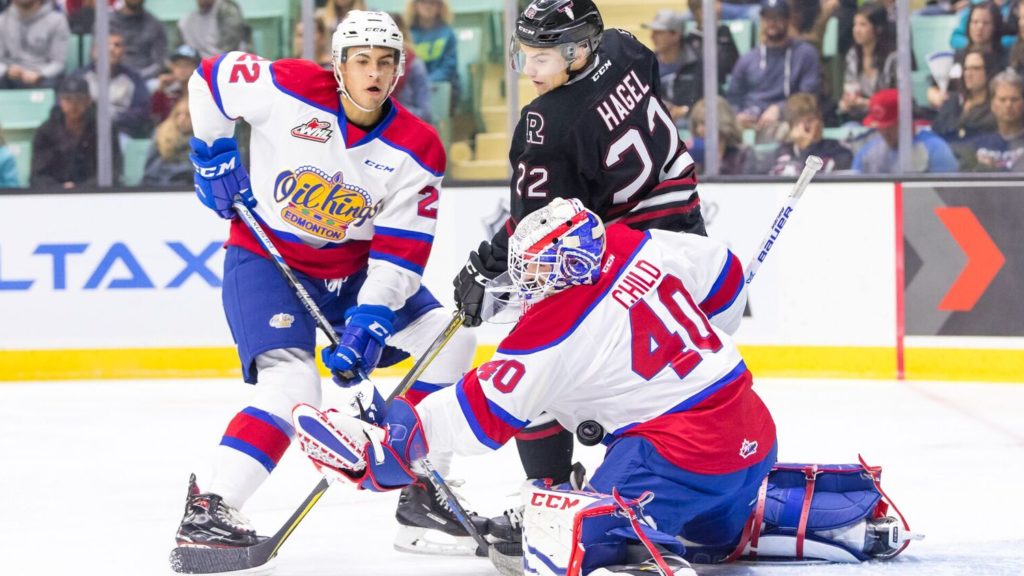 The Edmonton Oil Kings looked a little tentative to start the season falling behind to the Red Deer Rebels 4-0 before clawing back in it thanks to a pair of goals from Andrei Pavlenko. However the Rebels were too much to handle scoring three more times to win the first of a home-and-home 7-3 Saturday night.

Trey Fix-Wolanksy had three assists and Will warm had two helpers. Davis Koch scored the other Edmonton goal in the loss. Travis Child, despite surrendering seven, made at least a dozen high end saves giving his team a chance.

Which one to choose from Travis Child? Perhaps his best was late in the first the Oil Kings had the man advantage but Grayson Pawlenchuk was sprung in on a breakaway. Child got a piece of the shot keeping it 1-0 at that point.

The Oil Kings, while killing a penalty, cleared the puck but it takes a crazy bounce landing right on Grayson Pawlenchuk’s stick in front of the net for an easy goal. That made it 5-2 for the Rebels.

Midway through the second the Oil Kings were on the powerplay and the Rebels’ Akash Bains – while on his knees – makes a nice pass to Reese Johnson, who buries it past Child making it 3-0 Red Deer.

Andrei Pavlenko was dazzling all game scoring two goals and having a chance at a couple others. Scott Atkinson showed some speed and tenacity all night long and had three shots on net.

3 STARS (as chosen by Rebels Radio):