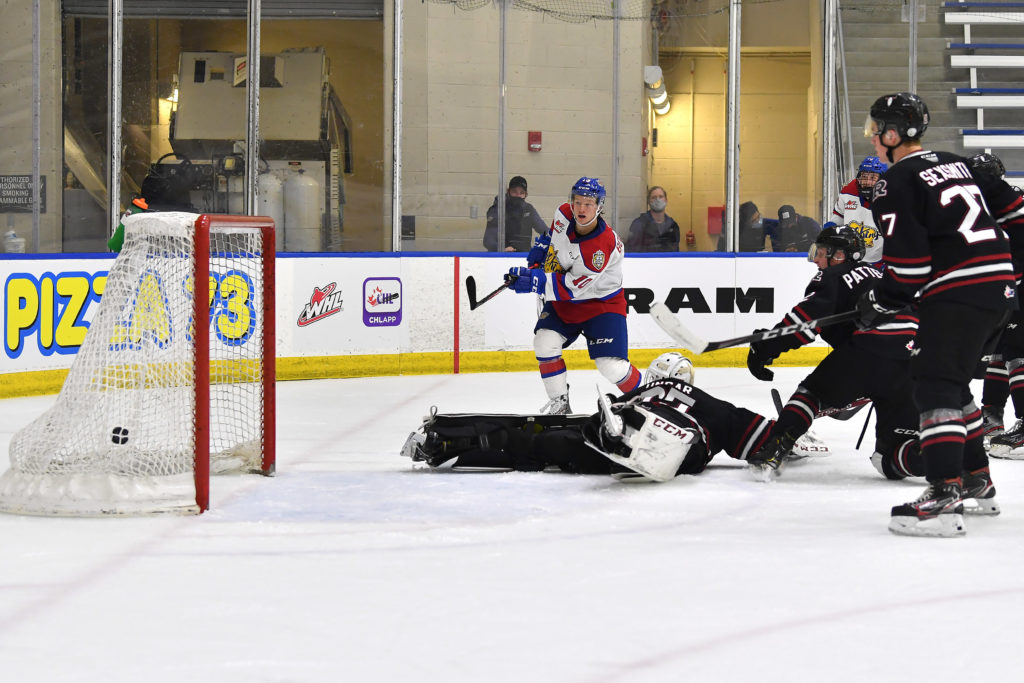 Tyler Horstmann opened the scoring for the Oil Kings just 2:10 into the opening frame after having his centering pass carom in off a Rebels defenceman.  Jalen Luypen extended the Edmonton lead with just over five minutes to play in the first period after streaking in alone and snapping a shot between the legs of Red Deer goaltender Connor Ungar.  The Rebels halved the Oil Kings lead with just over a minute left in the first period after Kyle Masters pinballed a shot past Sebastian Cossa.

Former Oil Kings forward Liam Keeler equalized the game 54 seconds into the middle stanza after finishing on a partial break.

The Rebels took their first lead of the game 7:48 into the third period after getting a goal from Jace Isley, but the lead would be short lived as Jacob Boucher would score his first of two goals in the period 3:20 later.  With under five minutes to play in regulation, Boucher notched his second of the frame and it would hold up as the game-winner.  Brendan Kuny added some insurance with 11 ticks left on the clock as he tossed in an empty-net marker.

Cossa went the distance in the Oil Kings crease making 28 saves in the win, while Ungar turned aside 31 of the 35 shots he faced in the losing cause.  Edmonton finished the night 0 for 7 on the power play, Red Deer was 0 for 6.

Next up, the Oil Kings travel to Saskatoon to take on the Blades on Friday, September 17 in another pre-season matchup.