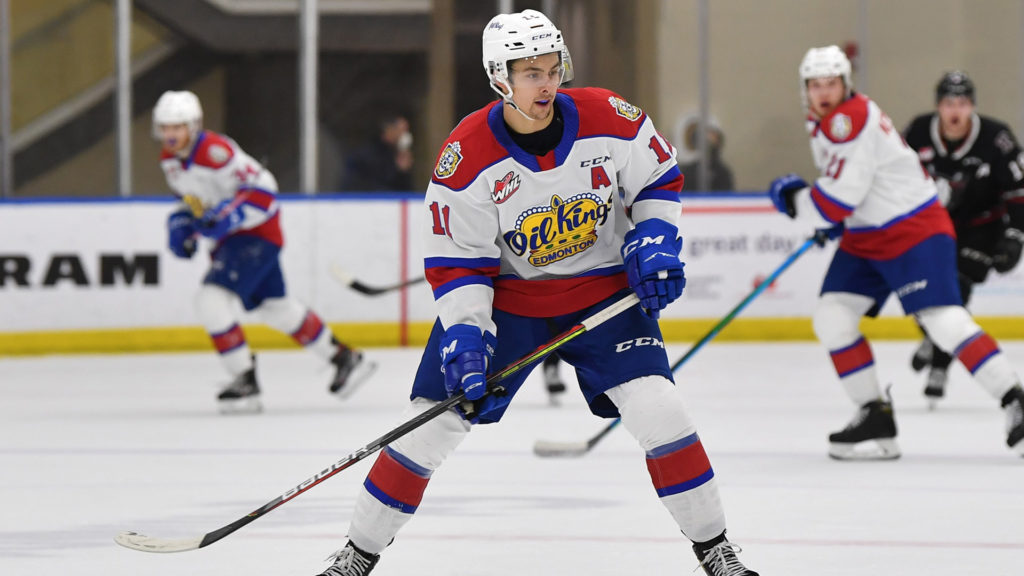 Guenther, 18, finished this past season with 24 points (12G, 12A), two penalty minutes and a +19 plus/minus rating in 12 games. He ranked first amongst all players in the WHL in points per-game (2.00). He was named the WHL’s Central Division Player of the Year and Most Sportsmanlike Player.

The Edmonton native has appeared in 78 career games with the Oil Kings amassing 87 points (41G, 46A), 24 penalty minutes and a +47 plus/minus rating after being selected by the club with the first-overall pick in the 2018 WHL Draft. The 6-foot-2, 181-pound winger was named the WHL’s Rookie of the Year following the 2019-20 campaign, becoming the first Oil Kings player to win the Jim Pigott Memorial Trophy.

Guenther represented Canada at the 2021 IIHF U18 World Championships where he captured a gold medal. In seven tournament games he recorded seven points (3G, 4A) while serving as an alternate captain.

He becomes the 20th Oil Kings player in modern franchise history to be selected in the NHL Draft and the sixth to be taken in the first round.