MENU
THE WESTERN HOCKEY LEAGUE HAS UPDATED ITS RETURN TO PLAY PLAN FOR THE 2020-21 SEASON
December 11, 2019 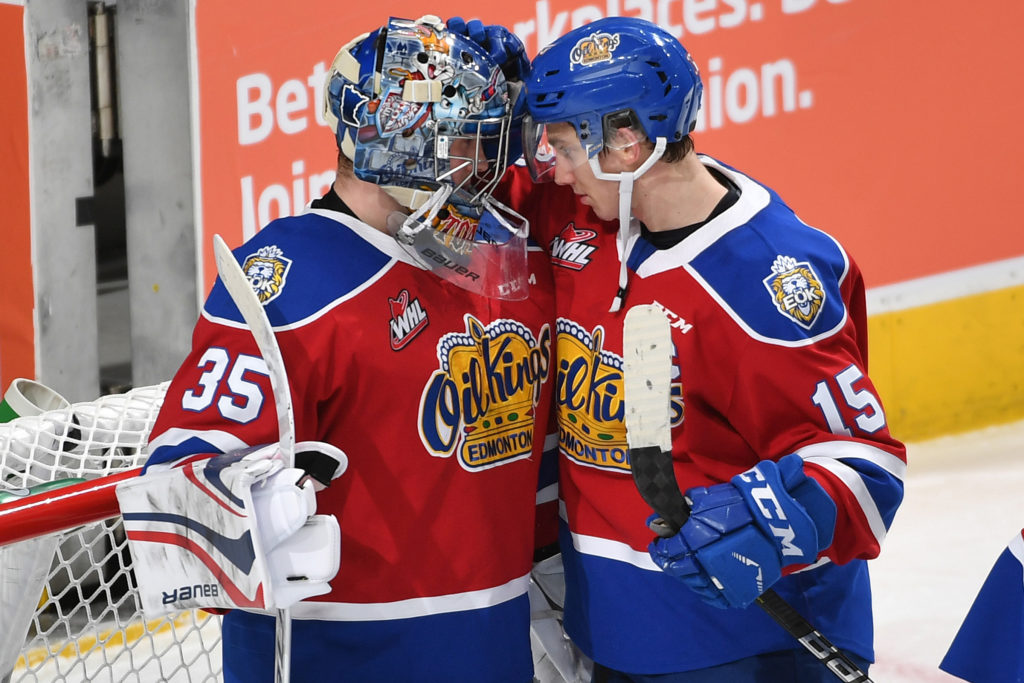 On the outside looking in, it may seem like it was just your run of the mill, mid-week game in December, but in fact it’s a significant mile marker of the season.

The Oil Kings blazed their path to 20 wins in just 33 games, compared to last season when they reached the mark on December 30, 2018 in game 39 of the season.

Tonight marks the fastest the Oil Kings have reached the 20-win mark since the 2013-14 campaign when they earned their 20th victory on December 10, 2013 in their 30th game of the season.

Jake Neighbours, David Kope and Riley Sawchuk (EN) were the goal scorers for the Oil Kings, who face-off against the Swift Current Broncos again in just 48 hours time here at Rogers Place on Friday, December 13 at 7:00 PM.

Todd Scott (9-4-4-1) earned the win, despite being the less busy of the two goaltenders on the night. The 19-year-old made two saves in the first, eight in the second and five in the third for a total of 15 of 16 shots he faced on the night.

The Oil Kings opened the scoring just over five minutes into the game, as Neighbours’ tip-in in front gave him nine goals on the season, from Matthew Robertson and Sawchuk, at 5:24.

Just 34 seconds later it was 2-0 Oil Kings, as Ethan McIndoe and Kope broke into the Broncos zone on a 2-on-1 ending with Kope burying his tenth of the season at 5:58, with Ethan Cap earning the second assist.

Shots on goal were tilted heavily in Edmonton’s favour in the opening 20 minutes, 15-2.

In the second, Caleb Wystrok’s first career WHL goal cut the Edmonton lead to 2-1, and was the lone goal scored in the middle frame.

Five minutes into the third, the Oil Kings were whistled for a four-minute double minor for slew-footing, but managed to kill off the extended Broncos man advantage.

Also at the time of the penalty, Scott left the ice due to an equipment malfunction, which saw Sebastian Cossa enter the crease for 3:41 but face no shots.

Scott returned to the Oil Kings goal at 9:27 of the third, and turned aside the remainder of the offensive chances generated by the home side before Sawchuk sailed his 13th goal of the season into an empty net to solidify the 3-1 win.

Swift Current was 0-for-4 on the power play, while Edmonton was 0-for-4 with the man advantage.

After Friday’s meeting with the Broncos, the Oil Kings close out the unofficial first half of the season leading into the holiday break when they travel to Medicine Hat to take on the Tigers the next night, Saturday, December 14, at 7:00 PM.