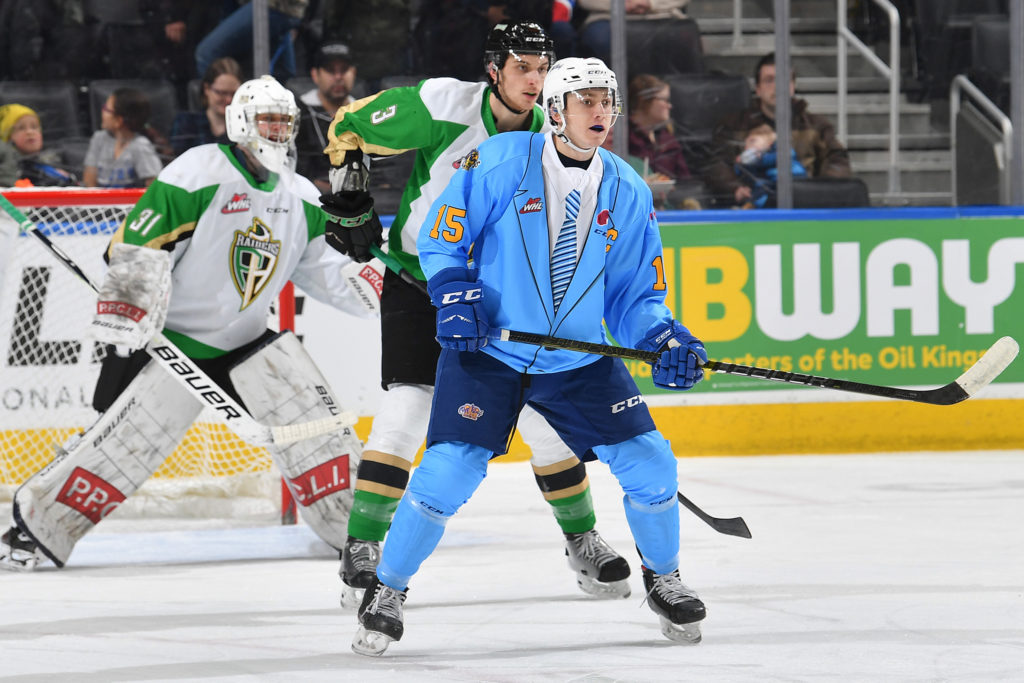 For the second time in as many games, the Edmonton Oil Kings and Prince Albert Raiders found themselves fighting for an extra point outside of regulation play.

In their last meeting on Saturday, it was the Oil Kings who emerged victorious with a 3-2 road win in the shootout.

Tonight, it was the Raiders turn to celebrate in enemy territory.

Ozzy Wiesblatt scored on the power play to tie the game with less than five minutes remaining in the third, then scored the game winner in overtime as the Raiders (23-14-5-2) defeated the Oil Kings (29-7-6-3), 2-1, in front of 7,053 fans at Rogers Place on Friday night.

Despite the loss, the Oil Kings have maintained their momentum by registering points in 17 of their last 18 games (14-1-2-1). 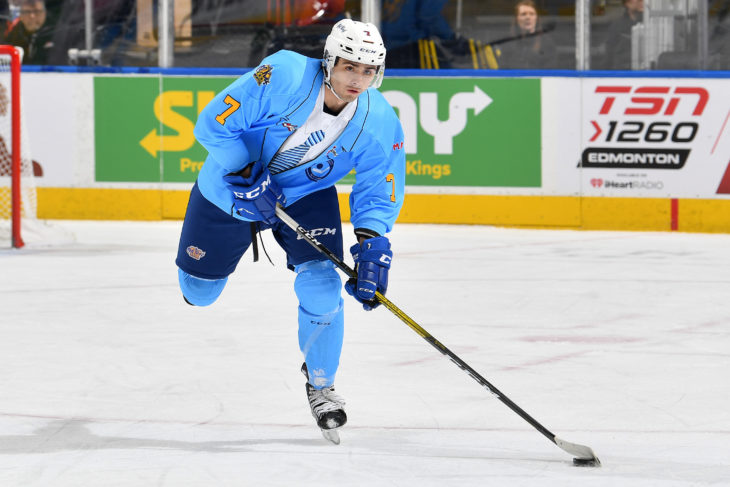 The goaltending match-up from last Saturday also remained the same, as Sebastian Cossa (17-3-2-1) returned to the crease for Edmonton and turned in a strong performance, stopping 22 of the total 24 shots strewn his way.

In the first period, the Oil Kings scored the game’s opening goal for the sixth straight game.  Riley Sawchuk forced a turnover in the Raiders end and found a trailing Dylan Guenther who buried his 17th of the season at 8:36. 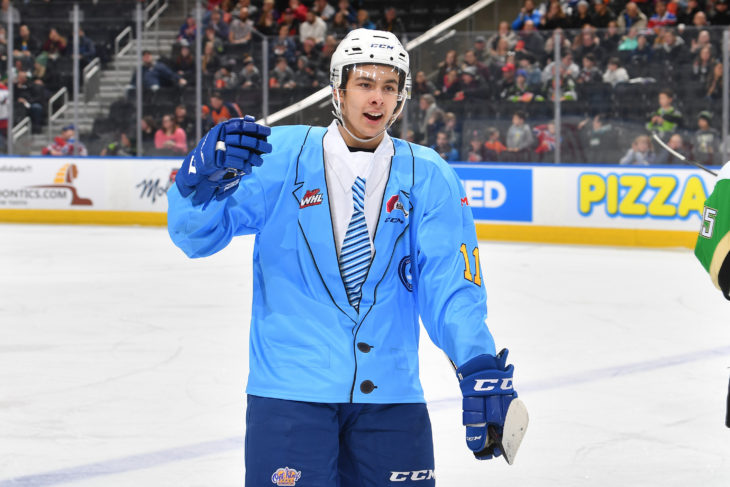 The Oil Kings maintained the 1-0 lead until less than five minutes to play in regulation when the Raiders were awarded their second man advantage of the night. Wiesblatt capitalized on the power play, tying the game 1-1 at 15:30 and sending it to overtime.

Wiesblatt notched his second of the night and 19th of the season just 1:07 into the extra frame, giving the Raiders the come-from-behind victory.

Prince Albert was 1-for-2 on the power play, while Edmonton was 0-for-3 with the man advantage.

The game also marked the return to the line-up of defenceman Jacson Alexander, who missed the previous 25 games due to an injury sustained on November 9 vs. the Calgary Hitmen.

The Oil Kings sported specialty Hockey Night in Canada jerseys for WHL Suits Up to Promote Organ Donation presented by RE/MAX. As well, the hockey operations staff donned the powder blue blazers the jerseys were inspired by and all were available for bids via silent auction with proceeds in support of the Kidney Foundation of Canada. 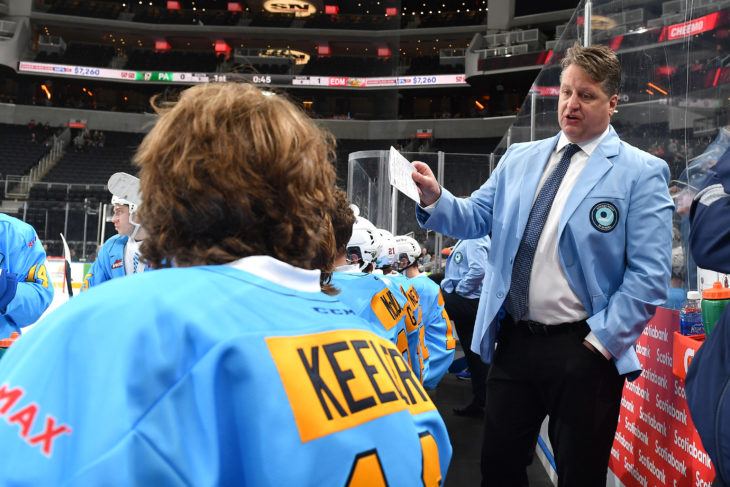 The Oil Kings close out the weekend when they host the Medicine Hat Tigers for a 4:00 PM MT start at Rogers Place for a Family Fun Sunday presented by Global, which features a full-team, post-game autograph session.