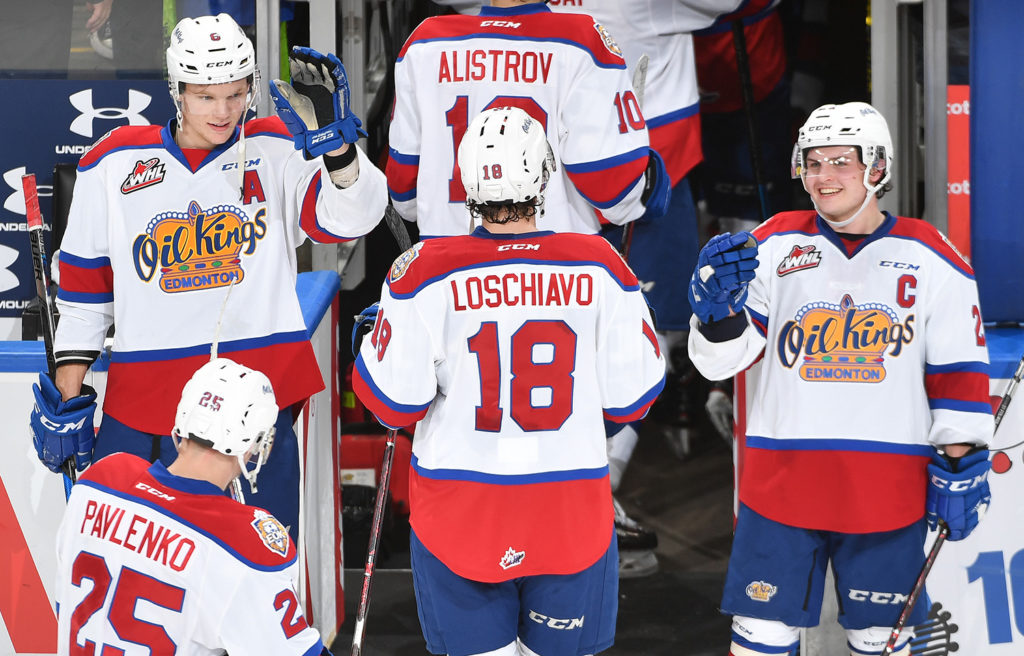 The win was the fourth this season by the Oil Kings (4-1-0-1) over their division rivals the Rebels, and maintained first place in the Central Division (74 points) following a win by the Lethbridge Hurricanes (72) over the Medicine Hat Tigers also on Friday.

For the second straight game Dylan Myskiw (22-11-2-3) was named the game’s First Star, turning aside 29 of 30 shots he faced to give Edmonton its second straight win. Since the second week of January, the Oil Kings have earned at least a point in 13 of their last 17 games played (12-4-0-1).

Scott Atkinson lit the lamp for the second straight game for Edmonton at 8:56 of the opening frame, from Andrei Pavlenko and Vladimir Alistrov, for his tenth of the season.

Just over six minutes later it was 2-0 Oil Kings as David Kope registered his 11th of the campaign, from Trey Fix-Wolansky and Conner McDonald, at 15:24.

The hosts outshot the visitors 14-11 in the first period, but the Rebels stuck around and in the second period got themselves on the board.

Brandon Hagel notched his 34th of the season, from Dawson Barteaux, at 14:29 to cut the Edmonton lead to 2-1, but it was as close as they would come to closing the gap despite pulling goaltender Ethan Anders with 1:14 left to play in regulation.

The shot breakdown was 9-7 in the second and 10-7 in the third, each in favour of the Rebels.

Red Deer was 0-for-2 on the power play, while Edmonton finished the game going 0-for-3 with the man advantage.

The Oil Kings are back in action in short order, tomorrow, Saturday, February 23 when they play the second of a back-to-back vs. the Rebels in Red Deer at 7:00 PM MT.