Oil Kings kick off 2019 with win over Giants 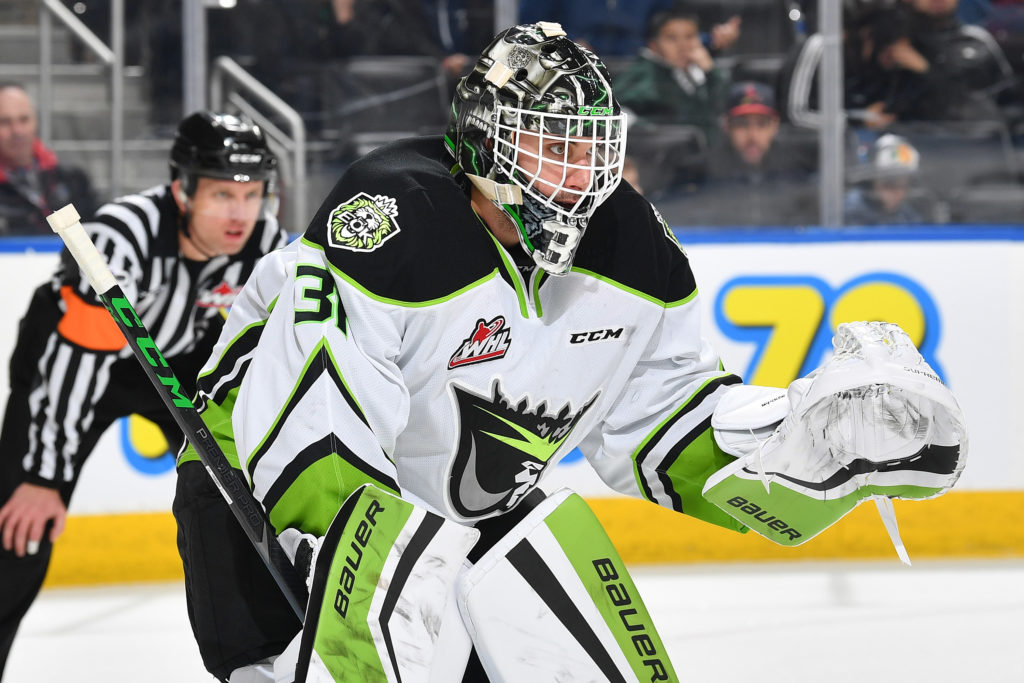 The Edmonton Oil Kings rang in the New Year exactly the way they finished the old one;

On a winning note.

It was the sixth straight start in which Myskiw (16-7-2-2) earned at least a point (5-0-0-1), handing the Giants just their tenth regulation loss of the season and second straight loss for Trent Miner.

Carter Souch gave the Oil Kings a 1-0 lead after banking a pass from Fix-Wolansky, his seventh of the season, at 1:29 of the first period with the secondary assist to Logan Dowhaniuk.

Fix-Wolansky’s 24th of the season was a highlight reel snipe on the power play, toe-dragging a Vancouver defender and beating Miner glove side to extend the Edmonton lead to 2-0, from Vince Loschiavo and Ethan Cap at 12:45.

Shots on goal in the opening period favoured the Oil Kings, 11-5.

Bowen Byram’s tenth of the season cut the Edmonton lead in half, 2-1, also on the power play, assisted by Dylan Plouffe and Davis Koch at 12:52.

But just 18 seconds later the Oil Kings responded and restored their two-goal lead, 3-1, on David Kope’s eighth of the season, from Andrew Fyten at 13:10.

Edmonton trailed Vancouver in shots on goal, 22-11, through 40 minutes of play and 35-17 at the end of regulation following a scoreless third.

Vancouver and Edmonton were each 1-for-4 with the man advantage.

The Oil Kings are back in action on Friday, January 4 when they host the Victoria Royals for a 7:00 PM MT puck drop.