Oil Kings kick off 2020 with shootout win over Silvertips 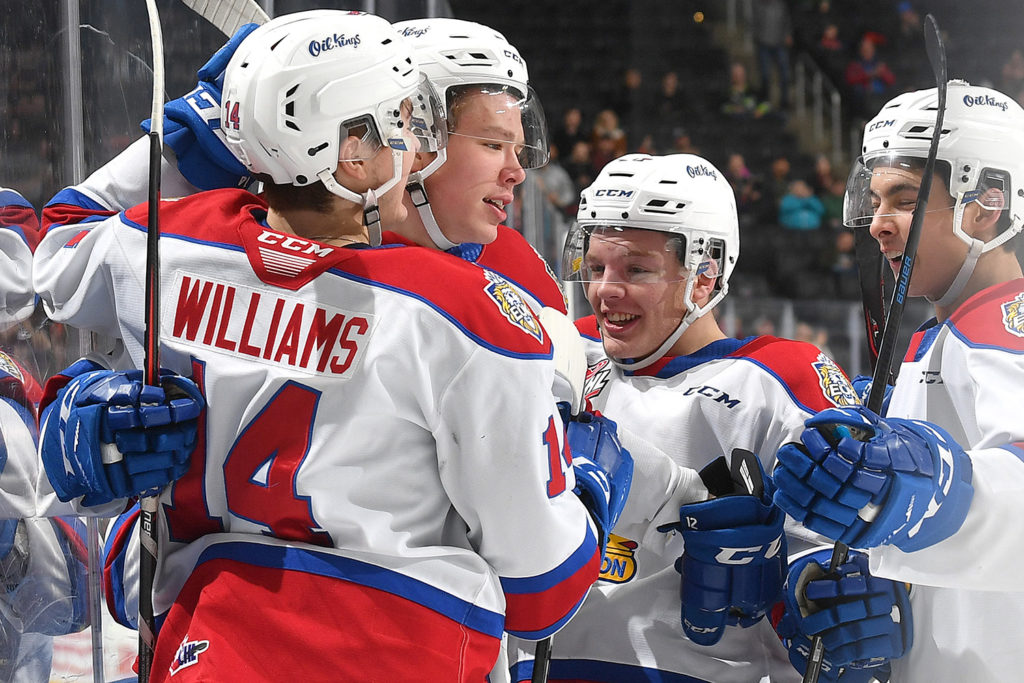 Dylan Guenther tallied a goal and an assist before adding a dagger in the shootout as the Edmonton Oil Kings (25-7-5-2) dropped the Everett Silvertips (25-8-2-1), 4-3, in front of a robust crowd of 9,110 fans at Rogers Place in a battle of WHL juggernauts on Wednesday.

The Oil Kings used a pair of second period power play goals to erase what was an early 2-0, first-period deficit before taking a 3-2 lead of their own in the third.

They eventually found their way to the shootout – then the victory – handing Everett back-to-back losses for the first time this season.

Sebastian Cossa (15-3-1-1) returned to the win column after a busy night between the pipes, making 34 saves in regulation and overtime, plus two more in the shootout.

Keegan Karki (8-1-1-1) took the loss, surrendering three goals through 65 minutes before giving up a pair in the shootout.

Carter Souch and Liam Keeler were the other goal scorers for the Oil Kings, who have just one regulation loss – Monday’s 5-3 defeat in Calgary – in their last 12 games (10-1-1-0). 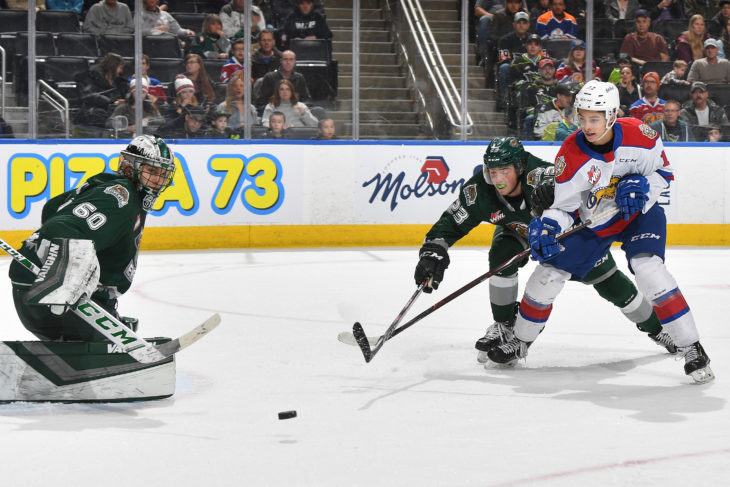 Shots on goal in the opening frame were 17-15, Everett.

In the second, the tables turned in favour of the Oil Kings beginning just past the midway point of the period.

Guenther’s 13th of the season came by way of the power play at 12:33 to make it a 1-0 game, assisted by Jake Neighbours and Matthew Robertson.

Then just four minutes later the game was tied, 2-2, after Souch pounced on a David Kope rebound for his 12th of the year at 16:32, with Williams earning the second helper. 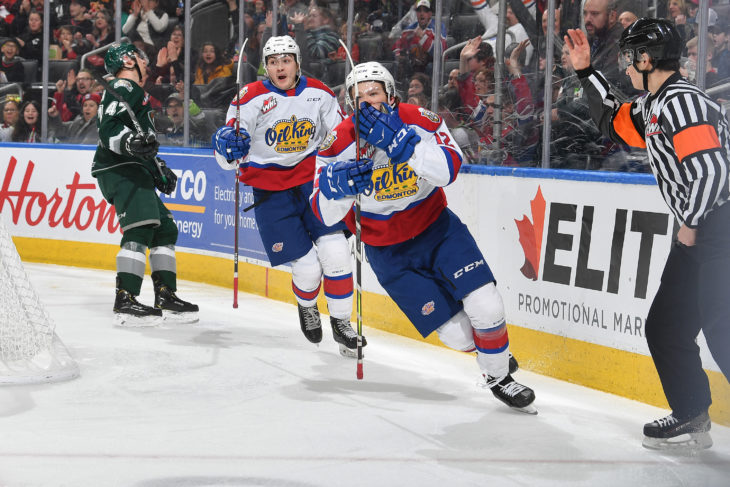 In the third, Edmonton took its first lead of the night as Keeler was the trailer to the net before eventually tucking a shot under the crossbar to make it 3-2, from Williams and Guenther, at 6:59.

But their lead lasted only 15 seconds, as the Silvertips responded before the Oil Kings goal announcement was complete to once again make it a tie game, 3-3, at 7:14.

The remainder of regulation would solve nothing, and neither would overtime, so the teams embarked on what was the fifth shootout of the season for Edmonton (3-2).

The Oil Kings elected to shoot first with Guenther (Goal), Neighbours (X) and Williams (Goal) heading to centre ice for the home team. Bryce Kindopp (X), Michal Gut (Goal) and Gage Goncalves (X) each went to the line for the Silvertips.

Everett was 0-for-1 on the power play, while Edmonton was 2-for-3 with the man advantage.

Before puck drop, Ethan Cap was awarded the Blue Willow Restaurant/Vic Mah Trophy as Unsung Hero for the month of December.

The Oil Kings are in action next on Friday, January 3 when they host the Moose Jaw Warriors at 7:00 PM MT. They close out the weekend at home on Sunday, January 5 when they take on the Saskatoon Blades for a special 1:00 PM MT start.