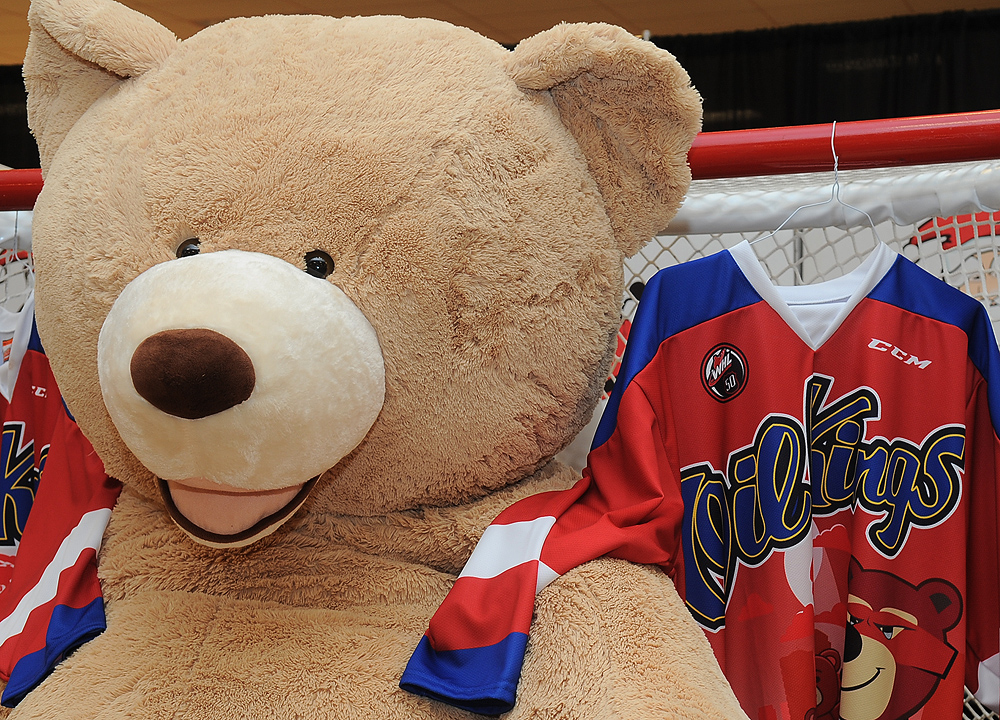 EDMONTON, ALTA. – The challenge has been set.

As the Edmonton Oil Kings launched their campaign for the 9th Annual Teddy Bear Toss presented by The Brick at a press conference Monday, Oil Kings director, business operations Kevin Radomski called on Edmontonians to once again be in the giving spirit.

“Time and time again, Oil Country has proven itself to be exceedingly generous. The people of Edmonton and Northern Alberta never miss the chance to show their charitable spirit, and it’s because of that spirit that the Teddy Bear Toss continues to grow and be a success,” he said.

The Teddy Bear Toss has become the annual highlight of the Oil Kings schedule as fansbring stuffed animals to the game and shower the ice with the toys after the Oil Kings’ first goal of the game. All the bears are then donated to 630 CHED Santas Anonymous and gifted to children in the Edmonton area. This year’s game will take place Dec. 5 against the Swift Current Broncos.

“And our volunteers really love picking out the perfect stuffed animal to compliment a child’s toy.”

The Oil Kings will also wear specialty jerseys to mark the occasion, which will be auctioned off during and after the game with the proceeds also going to 630 CHED Santas Anonymous. Last year, the jersey auction raised $22,635. 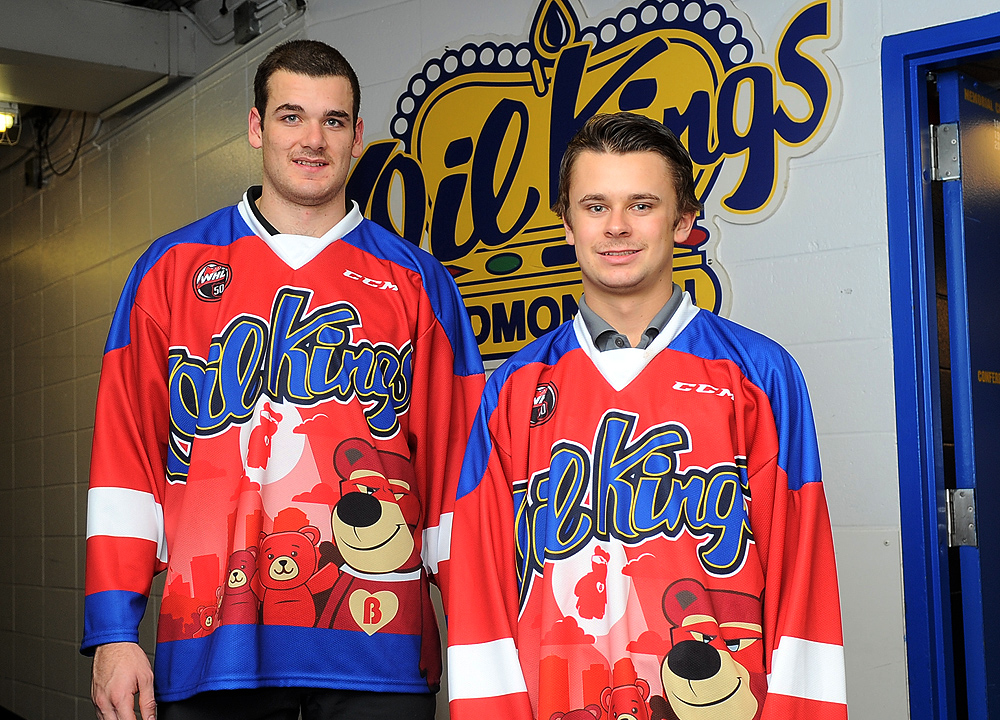 “It’s a special thing to be able to put a smile on a kid’s face and Christmas time, and every bear that winds up on the ice Saturday, Dec. 5 will do just that,” he said.

“We really want to challenge our fans this year to bring a bear if you’re coming to the game. No one should show up empty handed. You wouldn’t go to a Hallowe’en party without a costume on, right? So don’t forget to bring a bear to the Teddy Bear Toss.”

The Rainbow Society of Alberta will be selling bears on the concourse at the preceding Oil Kings game on Nov. 25 and will have a limited number available for sale at the game on Dec. 5. The Oil Kings are also pleased to welcome The Brick on board as the presenting sponsor this season, and they will also have their Brickley bears available for sale on the concourse on Dec. 5.

“The Brick has brought a great enthusiasm to the project, and we’re very excited to have them on board to help us grow the Teddy Bear Toss as it enters its ninth year,” Radomski said.

“The Brick is excited to partner with the Edmonton Oil Kings 2015 Teddy Bear Toss, and we’re calling all superheroes!” said Jim Caldwell, president of The Brick. “A superhero is someone whose focus is all about helping those in need. The Brick has its own special superhero, Brickley, who through our national partnerships with Breakfast for Learning and Children’s Miracle Network — which support 14 children’s hospitals across Canada — is helping to improve the lives of children Brick by Brick. Knowing these bears are going to put smiles on faces of children through 630 CHED Santas Anonymous makes us all feel like superheroes.”

Tickets for the game are available now at OilKings.ca, the Rexall Place box office or any Ticketmaster location.