MENU
THE WESTERN HOCKEY LEAGUE HAS ANNOUNCED ITS RETURN TO PLAY PROTOCOL FOR THE 2020-21 SEASON
February 15, 2020

If a long layoff was what ailed the Edmonton Oil Kings on Friday, then getting right back at it against a division rival the following night was exactly what the doctor ordered.

Five different skaters etched the scoresheet and Beck Warm backstopped the team with a 29-save performance as the Oil Kings (36-9-6-3) rebounded with a 5-2 win over the Medicine Hat Tigers (34-17-2-1) in front of a robust crowd of 10,507 fans at Rogers Place on Saturday night.

David Kope, Ethan McIndoe (1G, 1A), Ethan Cap, Jake Neighbours (1G, 1A) and Dylan Guenther (1G, 2A) lit the lamp in the win, while Matthew Robertson and Riley Sawchuk each had multi-point performances with a pair of assists a piece.

A pair of those Oil Kings goals came by way of the man advantage, which finished 2-for-4 on the night. The penalty kill was also efficient, executing at a flawless 4-for-4 rate in a game which saw no love lost and no penalty call spared between the division foes. 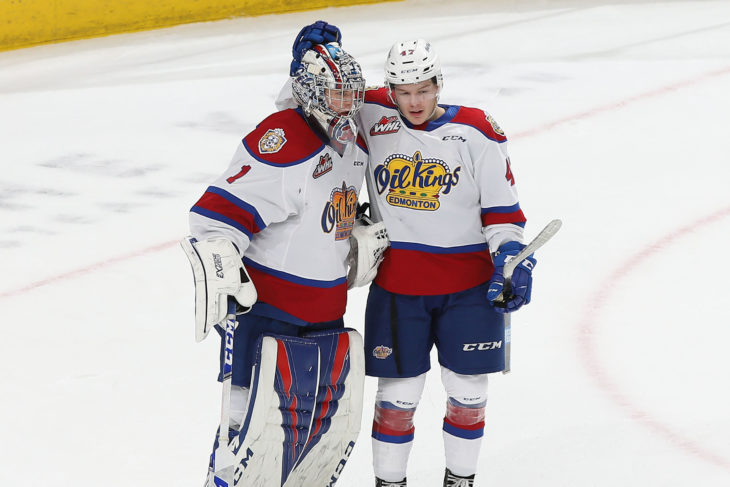 The Tigers opened the scoring just past the midway point of the opening period at 12:09, but the Oil Kings answered back to tie the game just 22 seconds later on the stick of Kope – his 12th of the season – assisted by McIndoe and Robertson at 12:31.

A minute-and-a-half later the Tigers netminder was called for tripping, and the Oil Kings wasted no time making the most of the man advantage as McIndoe earned his second point of the night, and 13th goal of the season, from Guenther and Robertson at 14:33.

The Oil Kings took the 2-1 lead into the dressing room in the first intermission, also leading on the shot clock, 12-8.

The whistles continued to blow in the second period, and just under eight minutes into the middle frame the Oil Kings found themselves on a 4-on-3 power play with which they would soon capitalize. 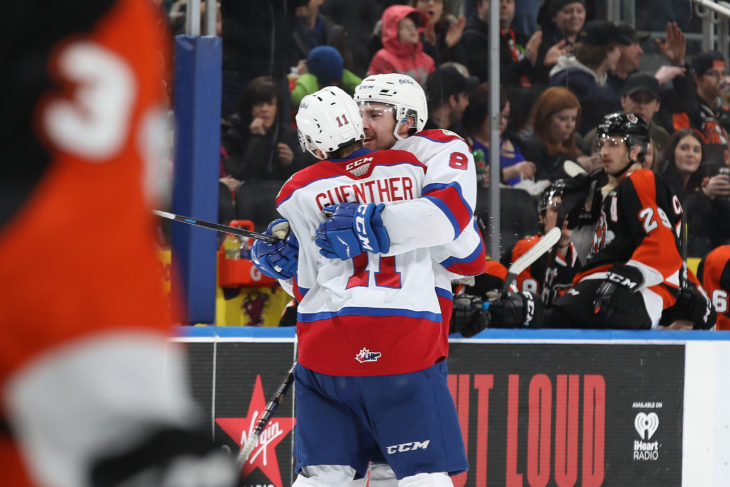 Cap one-timed a blast from the right point to earn his fourth of the season, from Guenther and Sawchuk, to make it 3-1 Edmonton at 8:19.

It was the lone goal of the period, which saw the Tigers outshoot the Oil Kings 12-9, for a two-period total of 21-19, Edmonton.

In the third the Oil Kings added to their lead quickly, kick-started by a heads-up play by Keagan Slaney who gained possession then skated the puck through the neutral zone and down the left side of the Tigers end before dishing the puck to the slot where it was buried by Neighbours for his 19th of the season at 1:18, extending their lead to 4-1.

But the home team did well to shut the opposition down from thereon out, stifling any chances the Tigers could muster including with an extra attacker after pulling Bjorklund with 3:18 to play.

Rather, with the net empty Guenther secured the win – and his 21st of the season – assisted by Sawchuk and Neighbours at 17:10 for the 5-2 final.

Final shots on goal favoured the Tigers, 31-28, including 12-7 Medicine Hat in the third period.

Medicine Hat was 0-for-4 on the power play, while Edmonton was 2-for-4 with the man advantage. 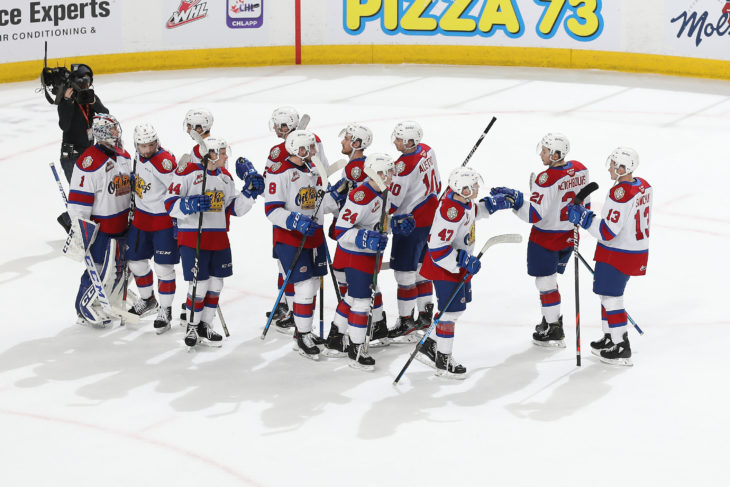 The Oil Kings play game six of their six-game home stand on Monday, February 17 when they host another division rival, the Lethbridge Hurricanes, for Family Day action at 2:00 PM MT.