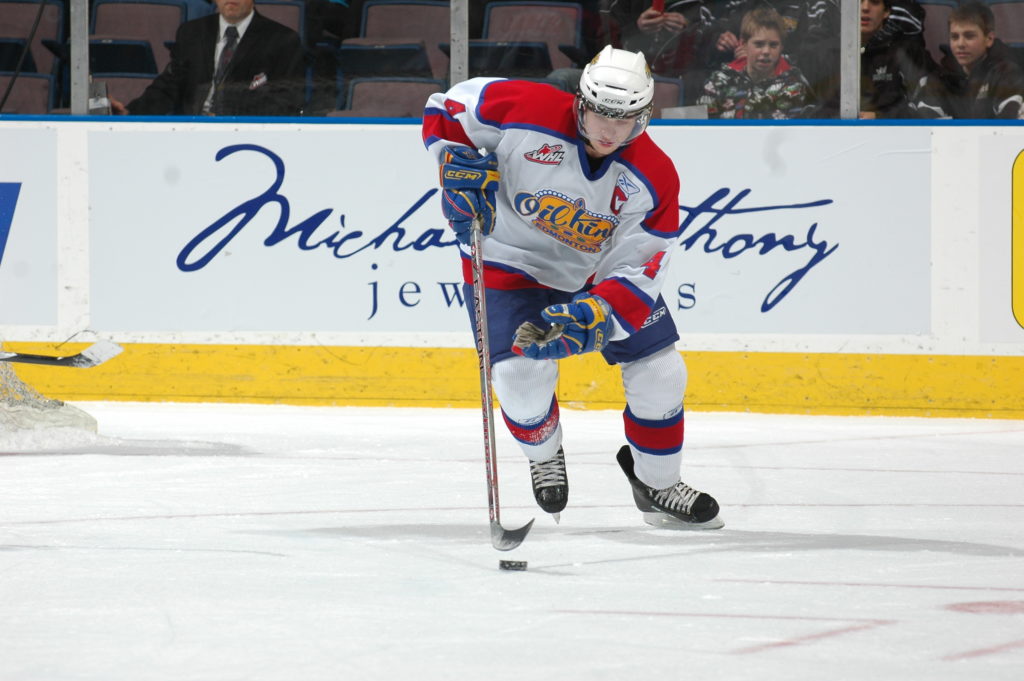 Swaby played his final season in the Western Hockey League with the Oil Kings during the organization’s inaugural season in 2007-08, suiting up in 70 games and collecting 13 points (1G, 12A).

The Prince Albert, Saskatchewan native was known for his grit, determination, hard work and leadership.  He was named the Oil Kings second captain in franchise history following the 2008 trade deadline.

“Matt was a guy that always had a smile on his face and brought a ton of energy to the room,” said long-time Oil Kings Head Equipment Manager Rogan Dean.  “He had no bad days and was a natural leader.”

Prior to joining the Oil Kings, he played 186 games with the Tri-City Americans during the first three years of his WHL career from 2004-07.  Following his time in the WHL, he attended the University of Saskatchewan and played three seasons with the Huskies.

The entire Oil Kings organization expresses their deepest condolences to Matt’s wife Carla, his three young sons and the entire Swaby family during this difficult time.

A GoFundMe page has been setup in support of the Swaby family.