Oil Kings muster a point in OT versus Broncos 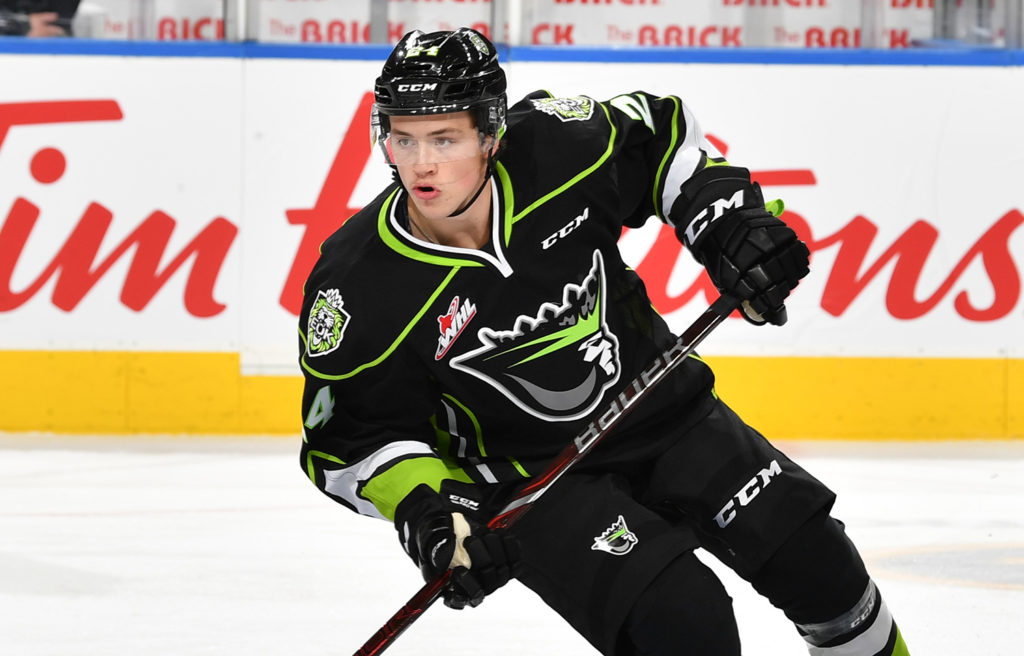 Matthew Robertson and Brett Kemp each tallied a goal and an assist, but it was the Swift Current Broncos (3-14-0-1) who earned just their third win of the season with a 4-3 overtime victory over the Edmonton Oil Kings (10-7-1-1) in front of 2,367 fans at Innovation Credit Union iPlex on Saturday night.

The Oil Kings took the loss despite outshooting the Broncos 21-2 in the third period of play, but they maintain a streak of now six straight games with a point (5-0-1-0).

Another bright spot in spite of the loss was the consistent production from captain Trey Fix-Wolansky, who now owns a seven-game point streak – all multi-point games – with a three-assist performance, giving him 21 points during that seven-game span (5G, 16A) and 39 points (11G, 28A) in 19 games this season.

After a scoreless first period, it was Max Patterson who gave the Broncos a 1-0 lead on the power play just 1:02 into the second, from Connor Horning and Alec Zawatsky.

For the second straight night an Oil King scored his first career WHL goal, as Jalen Luypen cut the Broncos lead to 2-1 with just 2:29 left in the period, with assists to Fix-Wolansky and Kemp on the power play at 17:31.

But Swift Current answered back immediately, restoring their two-goal lead, 3-1, just 22 seconds later on a goal by Zawatsky, from Ben King and Patterson at 17:53.

The Broncos looked poised to skate into the second intermission with their two-goal lead, but Kemp tallied his 11th of the season to make it 3-2, from Fix-Wolansky and Robertson at 19:26, to end the five-goal frame.

Robertson’s second of the season tied things up, 3-3, with the lone assist to Fix-Wolansky at 6:18 of the third period.

Time winded down in regulation and the game headed to 3-on-3 overtime, but it was Andrew Fyten who picked up his fourth goal of the season and the game winner for the Broncos just 41 seconds into the extra frame, with Noah King earning the lone assist.

Shots on goal in the third period of play were 21-2 Oil Kings, and 2-0 Broncos in overtime.

Swift Current and Edmonton each finished the night going 1-for-1 with the man advantage.