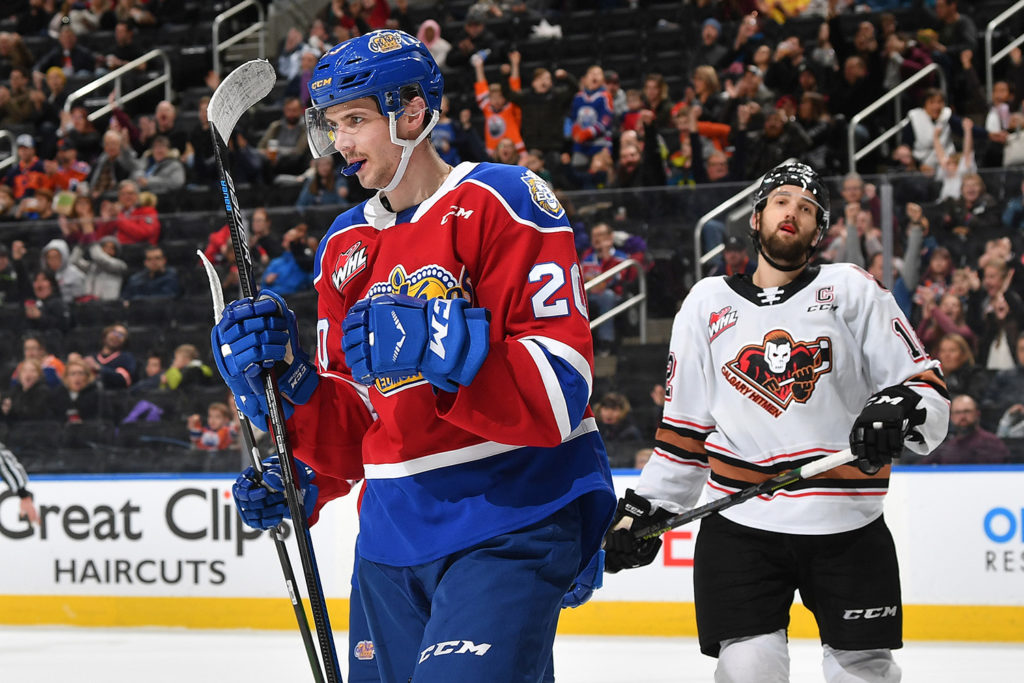 The Edmonton Oil Kings felt Home Sweet Home in their return to Rogers Place after their five-game, 10-day BC road trip.

The win was the first for the Oil Kings on home ice since their last meeting with the Hitmen, a 4-2 victory on November 9.

The Oil Kings fell behind 2-0 after the game’s opening 20 minutes but fought back with a pair of quick goals, tying the game 2-2 midway through the middle frame.

Trailing 3-2 in the second, the Oil Kings would answer with three straight goals of their own and hold on for their first regulation win in six games (November 19 at PG).

Jalen Luypen, Loeden Schaufler, David Kope (PPG) and Vladimir Alistrov were the other goals scorers on the night for the home team, who played the first of four games at Rogers Place over an eight-day span.

Orca Wiesblatt opened the scoring for the Hitmen at 8:26, and just under a minute and a half later they added another to extend their lead to 2-0 at 11:43.

They took that lead into the first intermission with shots on goal tied, 11-11.

In the second, Luypen and Jett Woo of the Hitmen took offsetting roughing penalties at the 7:15 mark. Fourteen seconds after the penalties expired, Luypen burst down the ice on a 2-on-1 with Riley Sawchuk to get the home side on the board, 2-1, with the second assist to Schaufler. 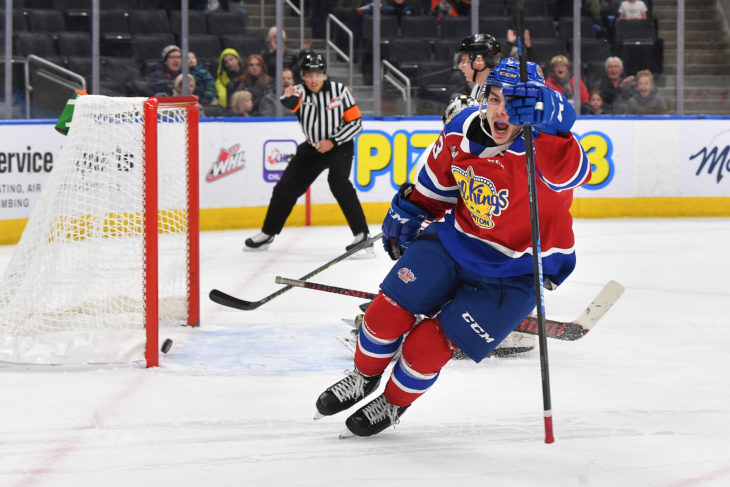 Just 32 seconds later it was a tie game, as Schaufler potted his second career goal to give him his first career WHL multi-point game – assisted by Souch and Williams – at 9:56.

The Oil Kings would once again answer back before the period was out, this time on the power play as Kope buried a Williams rebound from the doorstep over a sprawling Peters for his eighth of the season at 19:36. Souch earned the secondary assist to round out second period scoring.

Shots on goal after 40 minutes of play were 24-17, Edmonton, including a 13-6 margin for the Oil Kings in the middle frame.

Approaching the midway point of the third, Alistrov gave the Oil Kings their first lead of the night, driving to the net then finishing the wrap-around play for his seventh of the season, from Dylan Guenther at 7:14.

Sixty-five seconds later, Souch and Williams broke back into the Calgary zone on a 2-on-1 and after a nifty, spin-around pass from Souch, Williams beat Peters for his 12th of the campaign at 8:19, with Liam Keeler picking up the second helper. 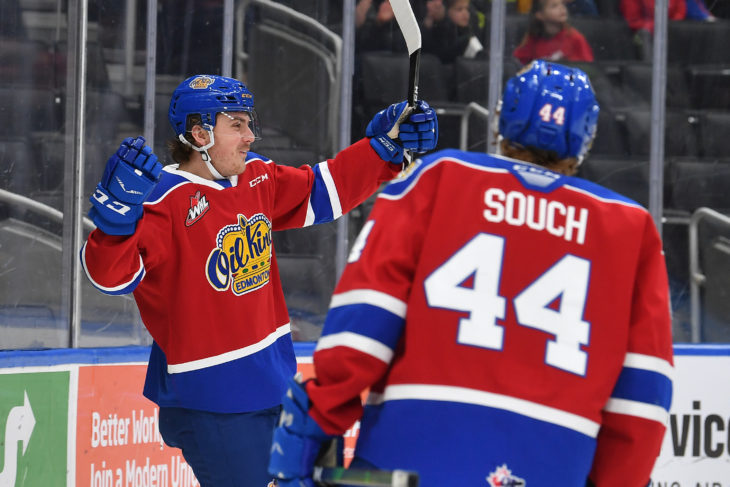 The Hitmen added another to draw to within one, 5-4, at 11:40 but despite pulling their goaltender in favour of an extra attacker with 1:15 to play, they were unable to draw even as the Oil Kings held on for the one-goal win.

Calgary was 0-for-1 on the power play, while Edmonton was 0-for-4 with the man advantage.

The Oil Kings are right back on home ice tomorrow, December 1 when they host the Regina Pats at 4:00 PM MT for Family Fun Sunday at Rogers Place.