MENU
THE WESTERN HOCKEY LEAGUE HAS ANNOUNCED ITS RETURN TO PLAY PROTOCOL FOR THE 2020-21 SEASON
September 21, 2019 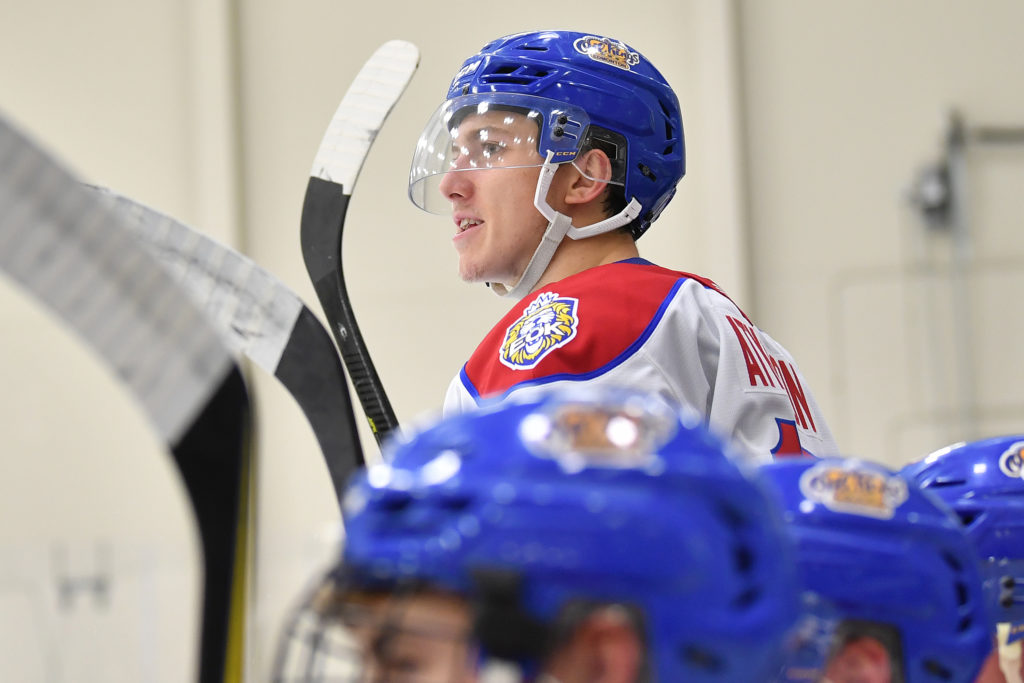 Scott Atkinson couldn’t have made a better first impression as the Edmonton Oil Kings newest captain.

It was the fourth two-goal game of Atkinson’s Western Hockey League career, while Josh Williams aided in the cause with a goal and an assist. David Kope rounded out the goal scoring for the Oil Kings, and Mogilev, Belarus native Vladimir Alistrov tallied a pair of assists to help highlight the offence in the season opener.

The Rebels opened the game’s scoring just past the midway point of the first period on a goal by Dallon Melin from Keaton Sorenson at 11:26, but the Oil Kings capitalized on their first power play of the season to pot the equalizer.

The newly appointed captain, Atkinson, scored Edmonton’s first goal of the season at 14:58, making it a 1-1 game from Wyatt McLeod and Dylan Guenther.

Just 12 seconds before the period was out the Oil Kings took hold of the lead, as Williams made it 2-1, from Alistrov, at 19:46.

Shots on goal in the first period of play were 10-10 a-piece.

Atkinson didn’t wait long to exude more of his leadership abilities, as he gave the Oil Kings a 3-1 edge just 1:46 into the second period, assisted by Williams and Alistrov.

It would prove to be the eventual game winner and the lone goal of the middle frame, which saw Edmonton outshoot Red Deer, 11-7.

During a heavy-hitting third period the Rebels battled their way back to within one, 3-2, as Brett Davis scored his first of the season at 13:46.

Kope restored the two-goal lead, notching the insurance marker at 17:54, from Jake Neighbours and Riley Sawchuk, to ice the 4-2 win.

Red Deer was 0-for-4 on the power play while Edmonton finished the night going 1-for-3 with the man advantage.

Wyatt McLeod, Ethan Cap and Conner McDonald each wore an “A” and skated as alternate captains to Scott Atkinson.

The Oil Kings open their home schedule against the Rebels tomorrow, Sunday, September 22 at 4:00 PM MT. Upon arriving at the game, fans will witness the Oil Kings 2019-20 Central Division championship banner hanging from the top of Ford Hall while entering Rogers Place.