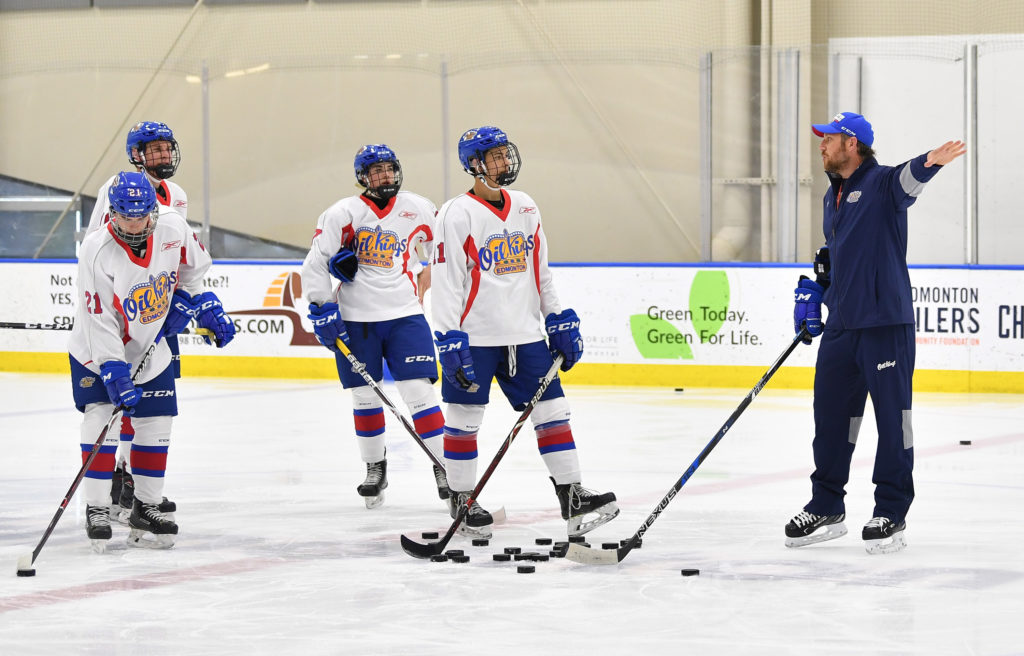 The Edmonton Oil Kings hosted 22 prospects during their annual Development Camp from May 31 – June 2, 2019.

Development Camp opened Friday afternoon and included an on-ice session for goaltenders, followed by a practice for all skaters which was open for fans to attend at the Downtown Community Arena. Players and parents got a tour of Rogers Place, which culminated in a visit to Studio 99.

On Saturday, the goaltenders took to the ice first while the forwards and defence alternated between on-ice sessions and off-ice workouts. They then enjoyed lunch at the Blue Willow Restaurant, followed by a tour of Salibury Composite High School.

Next up was a team bonding experience at Snow Valley Aerial Park before prospects rejoined their parents for a BBQ while watching Game 3 of the Stanley Cup Final in Molson Canadian Hockey House.

Development Camp wrapped up Sunday with Nutrition, Fitness, Media and Social Media seminars from staff to prospects and parents, followed by a ‘Learn to Cook’ lesson and a delicious lunch prepared by the players themselves, inspired by a chef from Rogers Place.

Players who attended 2019 Development Camp are as follows: