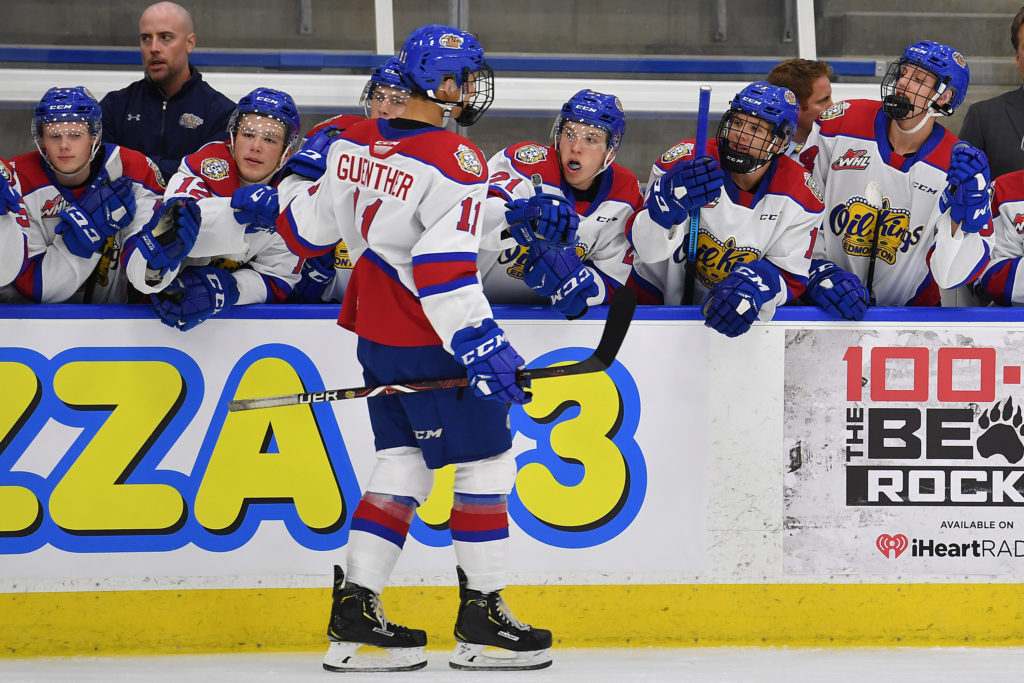 The Canadian Hockey League today announced the pre-season edition of the CHL Top-10 Rankings for the 2019-20 season. The weekly rankings of the CHL’s Top-10 teams are selected by a panel of National Hockey League scouts.

Occupying the eighth spot on the list were the Edmonton Oil Kings. Much like the Kamloops Blazers (7-0-0-0) the Oil Kings also achieved a perfect record, going 5-0-0-0 in the pre-season.

With young stars, in 2020 NHL Draft prospect Jake Neighbours, as well as first overall selection from the 2018 WHL Bantam Draft, Dylan Guenther, the Oil Kings could be a top contender in the tough Central Division. On defence, New York Rangers prospect Matthew Robertson will also look to guide the team and improve on his 33-point (7G-26A) performance from last year.

The Oil Kings’ opening game of the season will see them play the role of visitor against the Red Deer Rebels on Friday, September 20 (7:00 PM MT) at the Westerner Park Centrium in Red Deer, AB before their Home Opener the following afternoon, Sunday, September 22 at 4:00 PM MT at Rogers Place.

About the Western Hockey League
Regarded as the world’s finest development league for junior hockey players, the Western Hockey League (WHL) head office is based in Calgary, Alberta.  The WHL consists of 22 member Clubs with 17 located in Western Canada and five in the U.S. Pacific Northwest.  A member of the Canadian Hockey League, the WHL has been a leading supplier of talent for the National Hockey League for over 50 years.  The WHL is also the leading provider of hockey scholarships with over 350 graduates each year receiving WHL Scholarships to pursue a post-secondary education of their choice.  Each season, WHL players also form the nucleus of Canada’s National Junior Hockey Team.