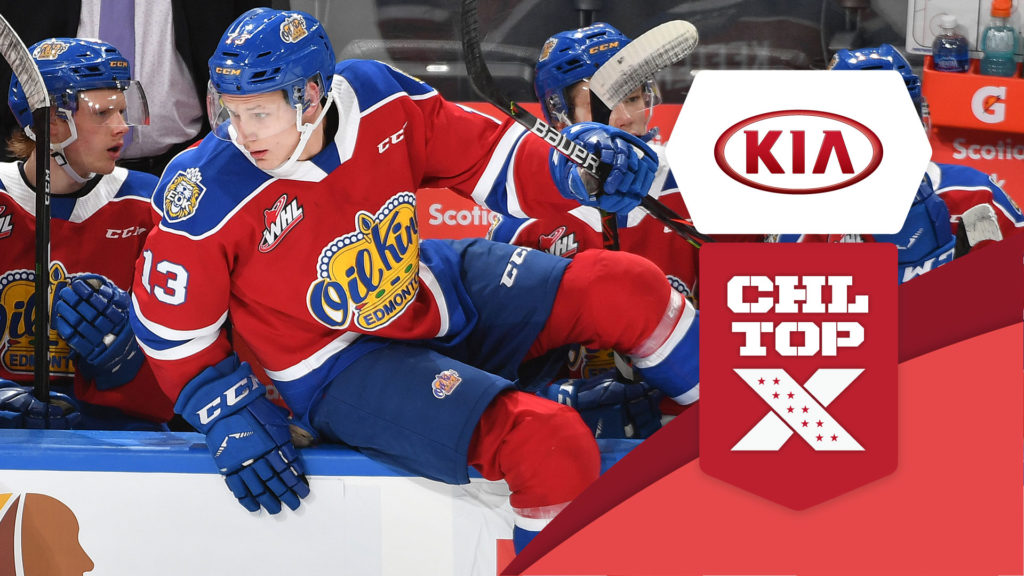 The Canadian Hockey League today announced the week sixteen edition of the Kia CHL Top-10 Rankings for the 2019-20 season. The weekly rankings of the CHL’s Top-10 teams are selected by a panel of National Hockey League scouts.

Rising three spots to third this week were the Edmonton Oil Kings, who continue to hold onto the top spot in the WHL’s overall standings with a 27-7-5-2 record and 61 points. A three-game winning streak and 8-1-1-1 stretch in their past 10 games have extended their lead in the Eastern Conference and Central Division to eight points as teams approach the final third of the regular season. Featuring eight players who have already reached double-digit goals on the season, the Oil Kings have been led by 20-year-old forward Riley Sawchuk, who has 49 points (15G-34A) in 41 games this season. Most recently, the Prince Albert, Sask. product has five multi-point games in his last nine contests and is tied for seventh in WHL scoring. The Oil Kings begin a three-game road trip through Saskatchewan on Wednesday, January 8 (7:00 p.m. CT) against the Moose Jaw Warriors at Mosaic Place. 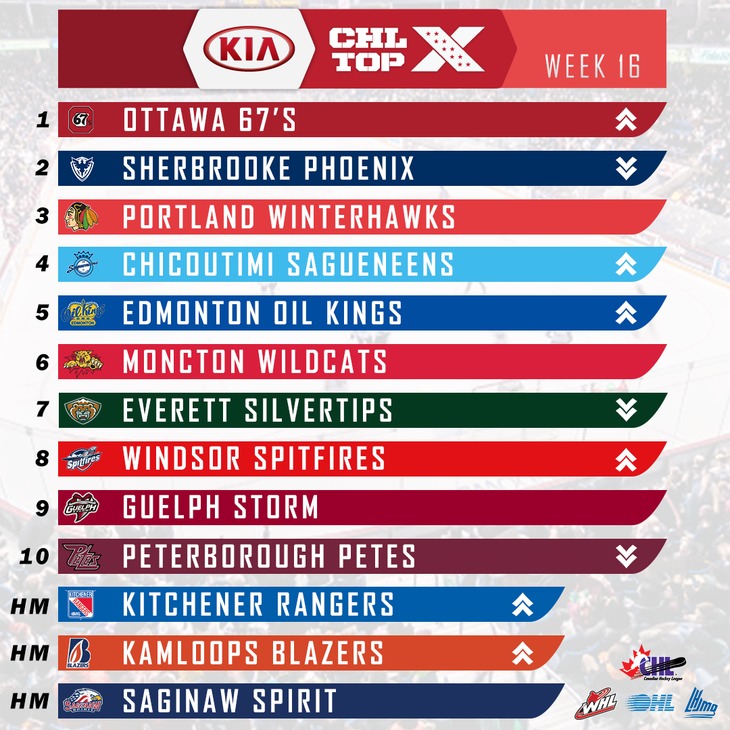