MENU
THE WESTERN HOCKEY LEAGUE HAS ANNOUNCED ITS RETURN TO PLAY PROTOCOL FOR THE 2020-21 SEASON
October 2, 2019 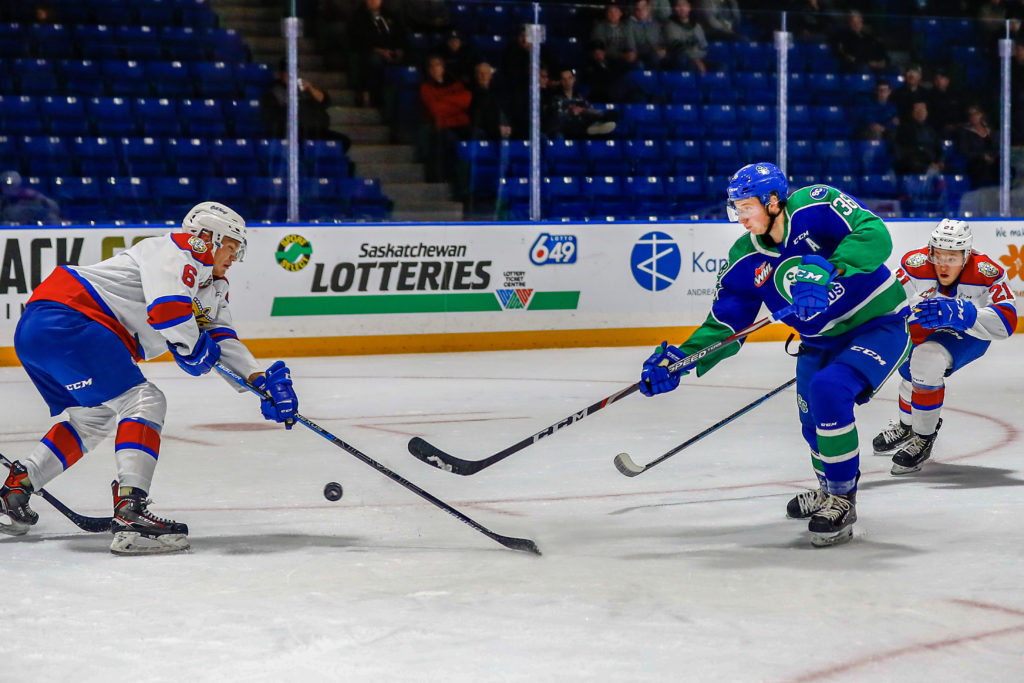 For the second straight game the Edmonton Oil Kings battled back to tie the game, but they once again failed to secure two points.

It may be three straight losses for the reigning Central Division champions, however the team has mustered a point in overtime through two of those losses.

It was a bittersweet night for the Oil Kings, who started off their ten day road trip with the loss, but gained a defenceman in the return of former Bronco, Jacson Alexander, who earned an assist in his season debut.

But the Oil Kings would strike before the opening frame was out, as Vladimir Alistrov buried his second of the year at 17:25, from defencemen Alexander and Keagan Slaney to close out first period scoring.

Shots on goal in the first 20 minutes favoured Edmonton by an 11-10 margin.

In the second the Oil Kings twice battled back from one-goal deficits – the first early, just 1:25 into the period as Carter Souch tallied his first of the season, from Dylan Guenther and Wyatt McLeod to make it a 2-1 game.

The Broncos regained the lead at 4:41 on a goal by Brecon Wood, and would sustain that lead until 15:47 when Souch scored his second of the night. The Edmonton native gained possession of the puck near the top of the offensive zone and danced into the slot before using some sweet stick work to beat Poulter and tie the game, 2-2, at 15:47 for an unassisted goal.

Shots during the second period of play were 15-7 Oil Kings, which also saw six penalties whistled amongst the two teams.

After a scoreless third period the game headed to overtime, and it was the Broncos who registered the game winning tally with just 58 seconds remaining in 3-on-3 play on a goal by Connor Horning.

Third period shots on goal diminished to 8-5 Swift Current, and were 4-2 Broncos in overtime for a game total of 33-29, Oil Kings.

Swift Current and Edmonton were both 0-for-2 with the man advantage.

The Oil Kings continue their five-game road trip when they face the Winnipeg ICE on Friday, October 4 at 6:30 PM MT (7:30 CT). Their next home game at Rogers Place is Saturday, October 12 when they host the Calgary Hitmen at 7:00 PM MT.