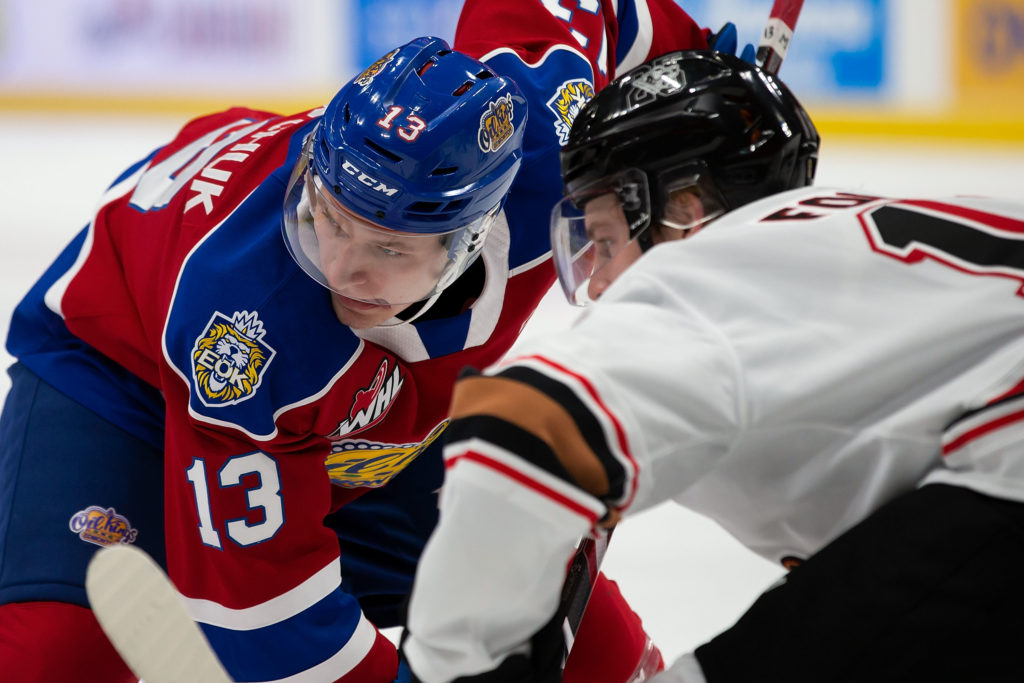 The Edmonton Oil Kings continue to find exciting ways to keep adding to their win column.

Kope tallied a goal and an assist on the day, while Jacson Alexander and Ethan Cap each earned their first goals of the season in the win.

The victory was the seventh straight for the Oil Kings, and gives the team points in 12 straight, along with 15 of its first 16 games played this season.

The Hitmen opened the game’s scoring at the eight minute mark to take a 1-0 lead, which proved to be the lone goal scored in the opening frame.

Near the midway point of the second Alexander registered his first goal of the season, ripping a shot from the point while the Oil Kings were on the power play at 9:46, from Riley Sawchuk and Kope.

At 11:03, James Malm restored the one-goal lead for the Hitmen, but the Oil Kings once again had some late game heroics up their sleeves.

Cap also got on the board with his first tally of the campaign, assisted by Wyatt McLeod, at 14:15.

Then, with less than a minute left to play in regulation, Kope banked the puck off of the Hitmen goaltender and into the back of the net at 19:05 to give Edmonton its first lead of the game, and the eventual win.

Calgary was 0-for-2 on the power play while Edmonton went 1-for-6 with the man advantage.

The Oil Kings are back at Rogers Place in short order to host the Prince Albert Raiders on Tuesday, November 5 at 7:00 PM MT.