MENU
THE WESTERN HOCKEY LEAGUE HAS ANNOUNCED ITS RETURN TO PLAY PROTOCOL FOR THE 2020-21 SEASON
February 14, 2020 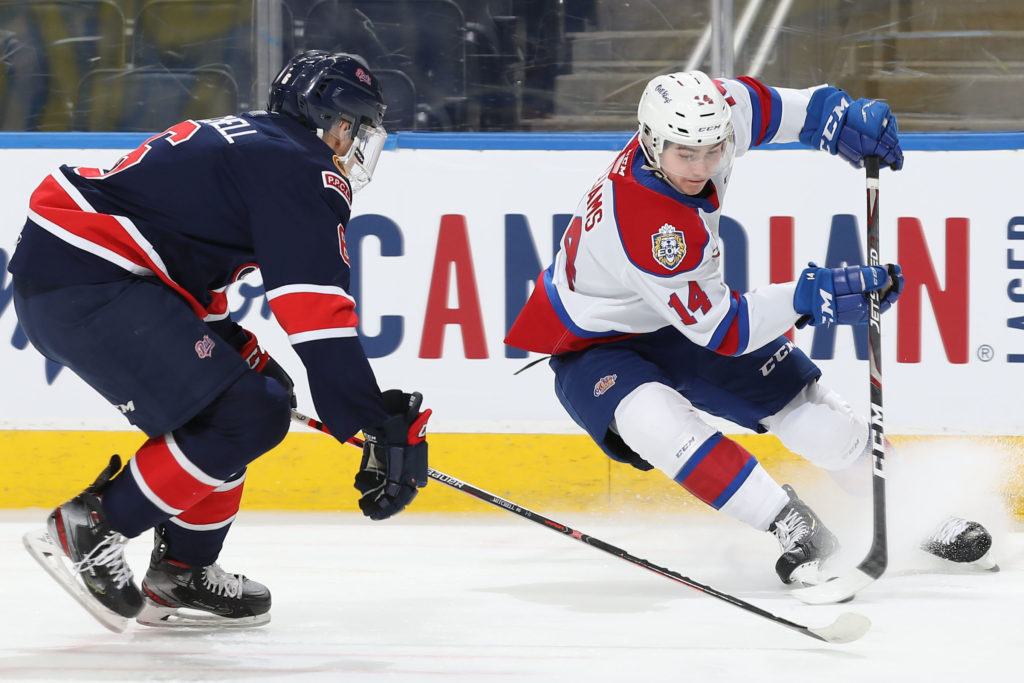 Being struck by Cupid’s Arrow would have stung less than the outcome of Friday’s game for the Edmonton Oil Kings.

The loss snapped a 16-game streak of earning at least a point on home ice for the Oil Kings, suffering their first regulation loss at Rogers Place since they faltered 3-0 to the Tri-City Americans on November 11, 2019.

It was just the third game in 14 days for the Oil Kings – all at home – but marked the first of three games in four days – also, all at home – for the Club before they embark on a three-game road trip to Saskatchewan and Manitoba.

The Oil Kings get the opportunity to get back into the win column in short order when they host division rival, the Medicine Hat Tigers, tomorrow night at 7:00 PM MT. 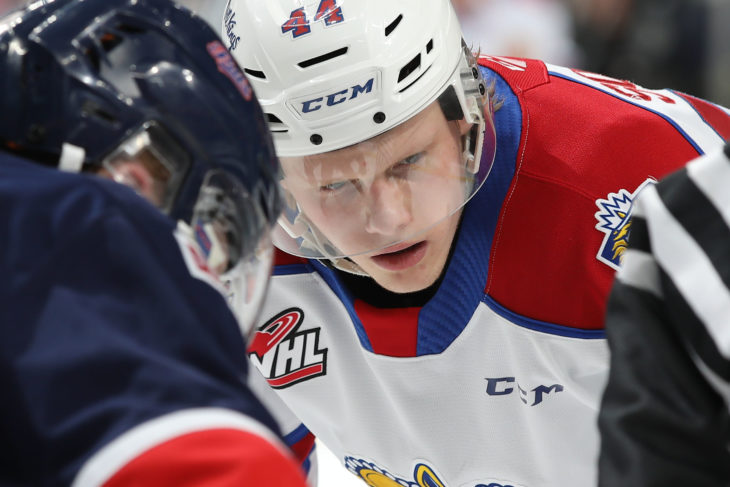 Matthew Robertson opened the scoring to give the Oil Kings a 1-0 lead with his 12th of the season, unassisted on the power play, just 1:57 into game action.

But the Pats scored a pair to answer back; the first just 1:50 after Robertson’s tally to make it a 1-1 game, then another with 3:20 remaining in the frame to take a 2-1 lead into the first intermission.

Shots on goal in the opening 20 minutes favoured Edmonton, 12-8.

In the second the teams exchanged goals, and it started early with Regina restoring their two-goal lead, 3-1, just 29 seconds into the middle frame.

Approaching the middle of the period the Oil Kings were whistled for holding, but were able to successfully execute the penalty kill. Seconds later, Scott Atkinson again brought the team to within one with his 11th of the campaign, assisted by David Kope and Vladimir Alistrov, to make it 3-2 at 10:37 and close out second period scoring.

In the third, three more goals came in the latter half of the period, but two of the three belonged to the visitors. The eventual game winner came at 10:05 off the stick of Ryker Evans which made it a 4-2 game, before Oil Kings defenceman Logan Dowhaniuk registered his first of the season – unassisted – to make it 4-3 at 15:26. 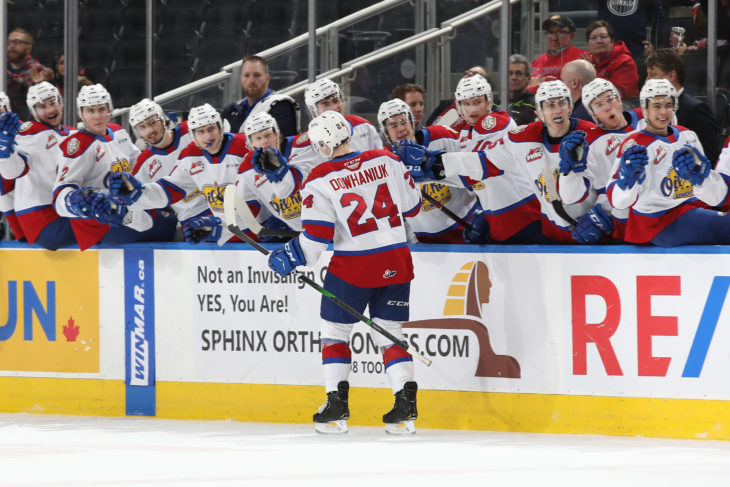 But it was as close as the home side would come to evening things up, as the Pats cashed in on an empty net goal with 43 seconds left in regulation at 19:17.

Regina was 0-for-3 on the power play, while Edmonton was 1-for-5 with the man advantage. 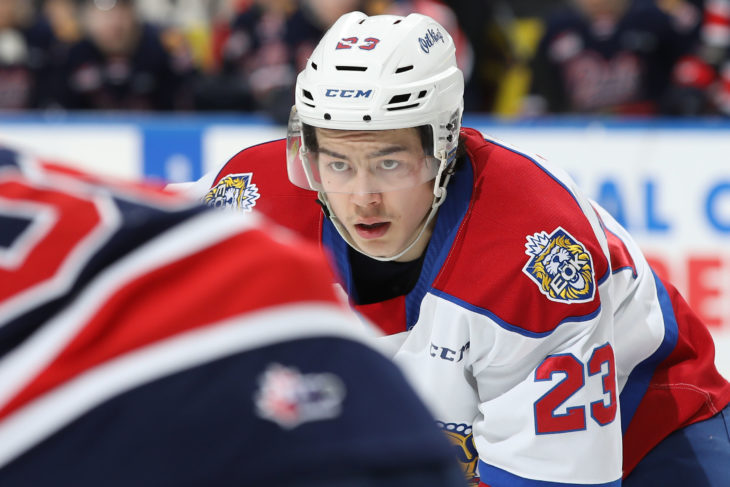 The Oil Kings continue their six-game home stand tomorrow, Saturday, February 15 when the Medicine Hat Tigers are in town for a 7:00 PM MT start. They close out the long weekend when they host the Lethbridge Hurricanes on Family Day, Monday, February 17 at 2:00 PM MT.