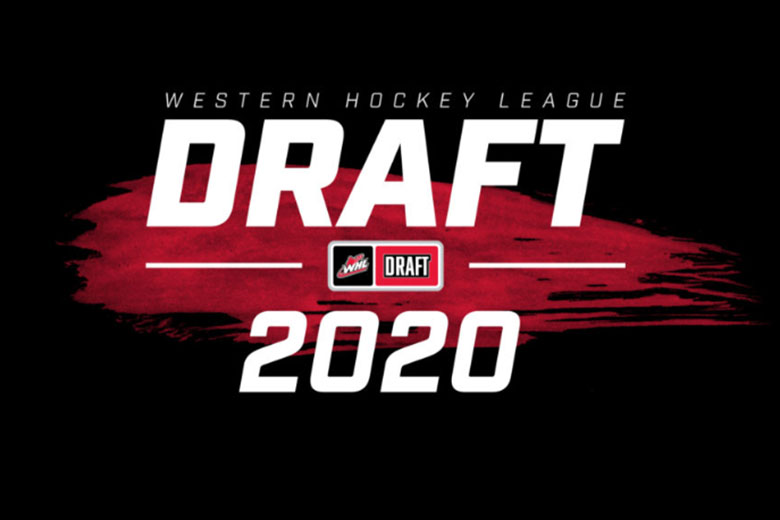 The Edmonton Oil Kings welcomed eleven new prospects to the organization following the conclusion of the 2020 WHL Bantam Draft on Wednesday.

Oil Kings President of Hockey Operations and General Manager, Kirt Hill, was pleased with the selections made by his Club today and acknowledged the effort and importance of the Draft to players and their families.

“As a Club, we were very happy with the prospects we added to our organization,” said Hill. “We know a lot of hard work and sacrifice by a lot of players – and parents – culminated in these players seeing their names come up, and we want to congratulate those players and their families on this achievement.

“As for players who may not have been selected by a WHL team today, we just want to remind those young men to keep working hard and maintain your determination.”

In total, the provincial breakdown of the players is as follows: Alberta (5), Saskatchewan (3), Manitoba (2) and British Columbia (1).

With their first pick in the 2020 WHL Bantam Draft (1st round, 20th overall), the Edmonton Oil Kings selected centre Dawson Seitz of the SEAC Tigers Bantam AAA (AMBHL), the Club announced on Wednesday.

Seitz (pronounced SIGHTS), a 6-foot-1, 160-pound product of Medicine Hat, AB was limited to seven regular season games (7G, 0A = 7 points) during the 2019-20 campaign due to injury. He dressed in five playoff games with the Tigers, registering a point-per-game with three goals and a pair of assists.

“Dawson is a very skilled forward and dynamic skater with one of the best shots in the Draft,” said Oil Kings Director of Scouting, Jamie Porter. “His injury probably affected his Draft status, but we’re very excited that he was available when it was our turn to pick at 20.”

“I’m so thrilled. The best part was when I saw it was Edmonton who took me; I jumped right out of my chair,” said Seitz. “I’m just glad that the Oil Kings believe in me and feel that I’ll be a good fit for the organization.”

The second selection of the day was defenceman Ryan Taylor of the Battleford Barons Bantam AA (SBAAL).

The 6-foot-0, 171-pound native of Battleford, SK was a point-producer from the backend, tallying six goals and 19 assists for 25 points in 30 regular season games played with the Barons in the 2019-20 campaign.

“We think that he’s a very responsible, two-way defenceman,” said Porter. “We like his character and his leadership and we feel like we saw some real growth in his game over the past year.”

The Oil Kings elected to remain on the blue line for their next pick and third of the afternoon, selecting rearguard Carter Kowalyk from St. Albert, AB.

“We saw quite a bit of Carter this year playing here in Edmonton in the NAX [Northern Alberta Xtreme] program,” said Porter. “He’s got some real jump to his game, we like his size and how aggressive he plays, and we think there’s some real upside to him offensively.”

With their fourth choice of the day, the Oil Kings moved from the blue line to the blue paint, selecting goaltender Alex Worthington from the Warman Wildcats Bantam AA program.

“Alex was a goalie that we saw going before he did, luckily for us. He’s athletic and has good size, and we were very impressed with the season he had in Saskatchewan,” Porter said. “We were happy that a player of his caliber was still there when he was.”

Szabo, a left winger, measures 5-foot-11 and 173 pounds and collected 13 goals and five assists for 18 points in 20 regular season games.

“John had a bit of a similar circumstance to his season as Dawson Seitz in that he had to deal with an injury,” said Porter. “Whenever our staff got to see him, both last year and this year, they were really high on what he brought to the ice.”

The blueliner from Calgary, AB skated in 22 games during the 2019-20 campaign, tallying eight assists along with eight penalty minutes.

“Luke comes from a strong hockey background,” said Porter. “We think that as he matures physically over the next few years he’s going to make some leaps and bounds in this League.”

The Oil Kings utilized their seventh selection of the Draft to choose forward Dawson Zeller of the Winnipeg Hawks Bantam AAA.

Zeller, from St. Andrews, MB, skated in 36 regular season games for the Hawks last season, amassing 24 goals and 14 assists for 38 points before adding a goal and two assists for three points in five playoff games.

“Dawson is another skilled, two-way player we were able to add to our group of prospects today,” Porter said. “We really liked how his game progressed throughout the season and we believe there’s a really high ceiling for him to grow as a player.”

The eighth selection of the Draft by the Oil Kings was defenceman Reid Larson from the Calgary Flames Bantam AAA.

“Reid really started to make an impression on us in the second half of the year. Responsible and mobile, we liked how well he looked after his own end,” offered Porter. “We think he’s got the potential to be a sturdy and steady defenceman in the League.”

The 5-foot-9, 142-pound forward from Stonewall, MB posted a whopping 42 goals and 32 assists for 74 points in just 35 games with the Lightning last season before joining the Midget club in the WU17MP (Winnipeg AAA U17 Midget Prep) League where he tallied five points (3G, 2A) in eight games, as well as one goal in one playoff contest.

“Hayden had a very good season offensively,” said Porter. “We like that he’s such a good skater, and see a lot of upside to come in his game.”

Centre Ben Wright was the next name called by the Oil Kings from Shawnigan Lake School Bantam Prep.

“Ben is a big centreman with obvious size and skill to boot,” added Porter. “He had a great second half of the season and we liked where his game was going.”

Adrian posted five goals and 36 helpers for 41 points in 25 regular season games played in 2019-20, then followed that with a pair of goals and six assists for eight points in four playoff games.

“We liked both what we saw, and what we heard from Easton,” Porter said. “His game continued to get better as the season went on. He’s a hard worker and we’re looking forward to seeing how his development progresses.”