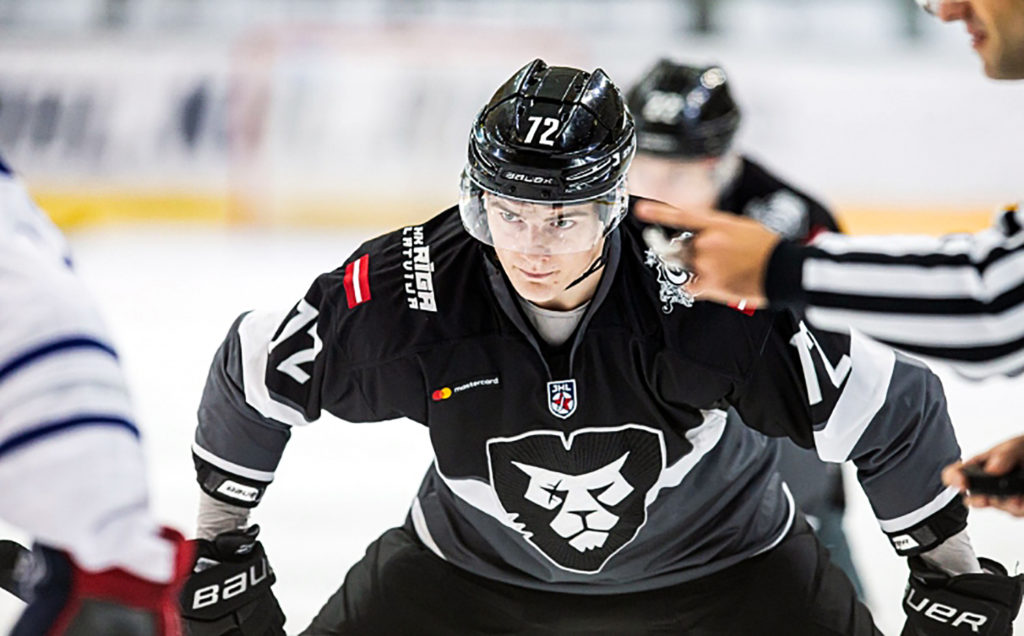 A native of Riga, Latvia, the 18-year old played for his country at the 2020 World Junior Championship D1A, collecting eight points (3G, 5A), six penalty minutes and a +7 plus-minus rating in five games, helping the team finish second overall.  He also played for Latvia’s National Under-18 Team at the 2019 World Under-18 Hockey Championship.

“We are very excited to select Janis today,” said Kirt Hill, the President of Hockey Operations and General Manager of the Edmonton Oil Kings.

“He brings size and great experience to our lineup, having played in both the KHL and Russia’s top junior league this past season. Janis is a right-handed-shot forward who can play both center and the wing. A great skater, he has a very good shot and strong puck skills. We are confident that he can step into our lineup and help our team immediately.

The two-round CHL Import Draft took place online with the order of selection rotating through each of the CHL’s three leagues (WHL, OHL, QMJHL) using an inverse order of final regular season standings within each league from the 2019-20 season.

Each team in the CHL is permitted to dress and play a maximum of two import players each season who are selected annually through the CHL Import Draft process.