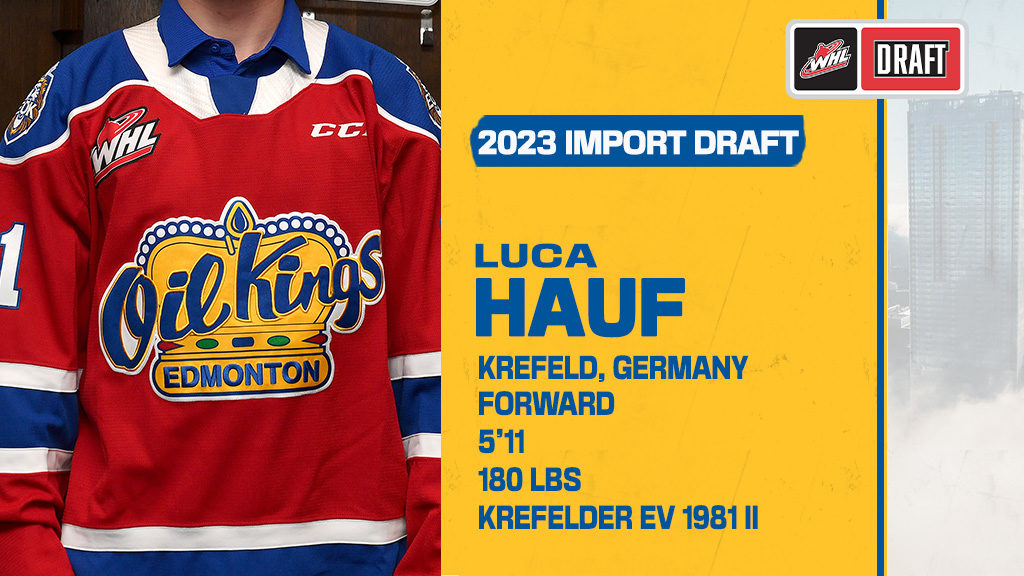 Hauf, 18, is ranked 60th amongst European Skaters by NHL Central Scouting for next week’s NHL Draft.

“We’re extremely excited to add Luca to our group of forwards ahead of next season,” said Oil Kings President of Hockey Operations and General Manager Kirt Hill.  “He is a 200-foot player with great offensive instincts, high compete and can player both center and the wing.”

This past season, the Krefeld, Germany product played with the U23 Krefelder EV 1981 team in Germany where he put up 32 points (11G, 21A) and eight penalty minutes in 25 games.

The 5-foot-11, 180-pound forward also suited up in 12 games with the Krefeld Pinguine of the top German professional league, the DEL.

Hauf represented his country at each of the past two IIHF World U-18 Hockey Championships and at the 2021 Hlinka Gretzky Cup.

“His international and pro experience will help his transition into the WHL next season,” added Hill.  “We’re excited to welcome the entire Hauf family into the Oil Kings family.”

With the selection of Hauf, it marks the first time in franchise history the Oil Kings have selected a German-born player at the CHL Import Draft.

With Oil Kings forward Jakub Demek expected to return for a second season with the club next year, the team elected to pass on their second-round selection at the 2022 CHL Import Draft.