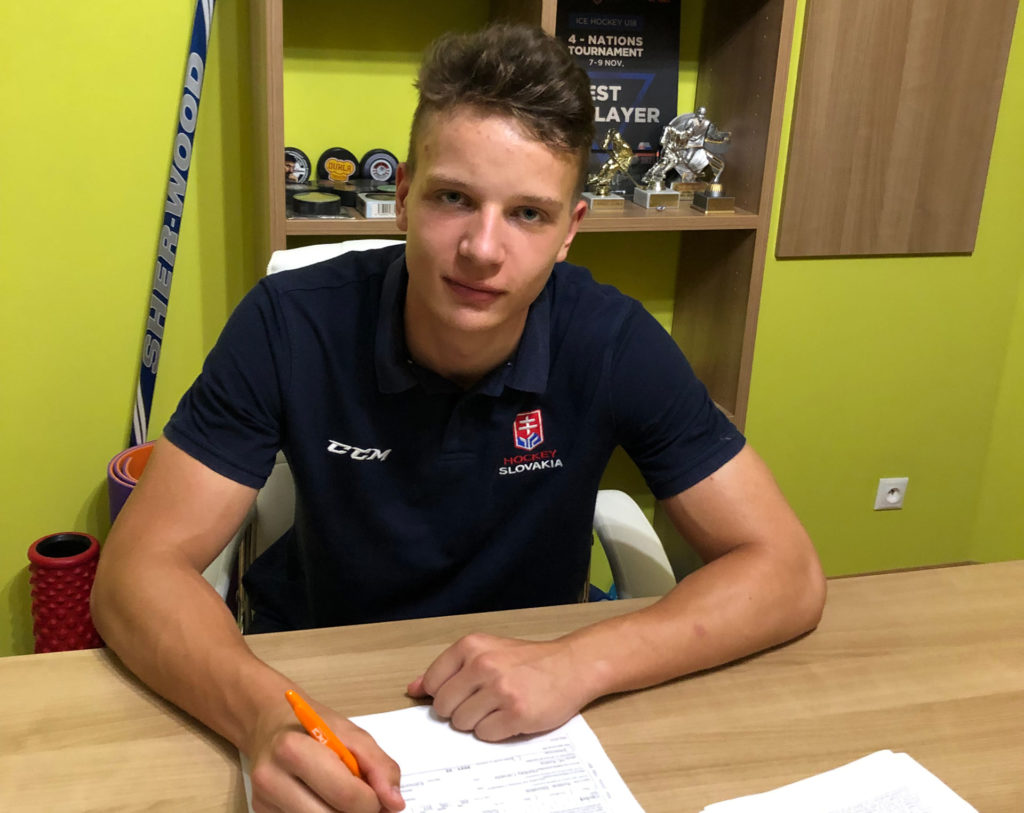 Demek, a Kosice, Slovakia native, was the team’s first round selection, 47th-overall, at the 2021 CHL Import Draft.

He spent part of last season playing professionally for HC Kosice in the Slovak Extraliga, putting up two points (0G, 2A) in 10 games. He also played with the Slovakian U18 team registering 21 points (6G, 15A) in 31 games and played in three exhibition games for the Slovakian U20 team in evaluation for the upcoming World Junior Championship in Edmonton later this year and will play for them again later this month at the Summer Challenge in Germany.

“The Edmonton Oil Kings organization is very excited to have signed Jakub,” said Oil Kings President of Hockey Operations and General Manager Kirt Hill. “Jakub is a player we targeted in the CHL Import Draft and feel he will be a great addition to our strong core group of forwards. We would like to welcome the entire Demek family to the Oil Kings.”

The 6-foot-4, 196-pound centermen is eligible for the 2021 NHL Draft later this week and is ranked 129th amongst European skaters by NHL Central Scouting.