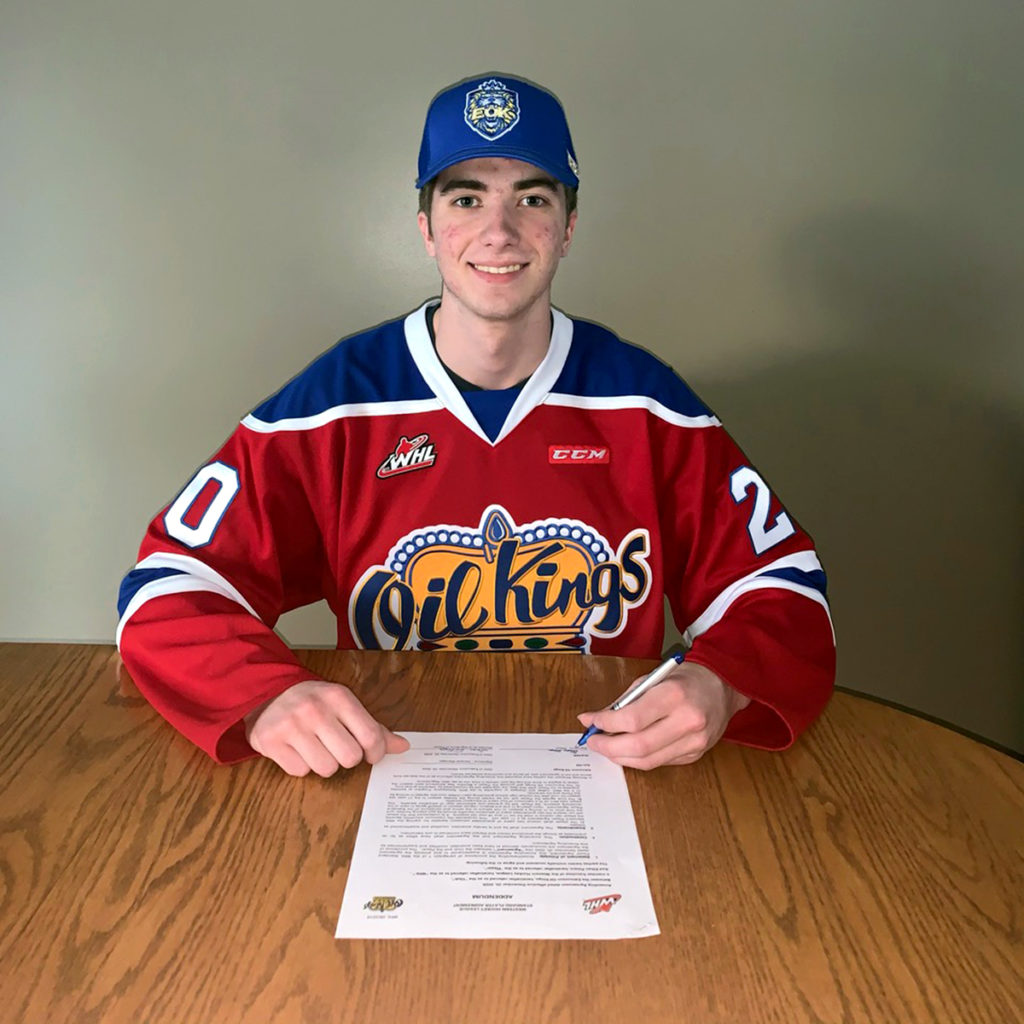 Peters, 17, has spent the 2020-21 season with the Moose Jaw Warriors U-18 AAA in the Saskatchewan Male AAA Hockey League, posting five assists and four penalty minutes in six games.

“We are excited to sign Ethan to a WHL SPA and welcome him to the Oil Kings Program,” said Oil Kings President of Hockey Operations and General Manager Kirt Hill. “He brings a well-rounded game, which includes a high hockey IQ, good puck skills and a high compete level. We’re confident he will continue to work on developing his game and he’ll be an exceptional player and person for our program. We look forward to seeing Ethan when hockey resumes.”

The 6-foot-2, 170-pound blueliner has appeared in 47 career SMAAAHL games over two seasons with Moose Jaw, accumulating 32 points (6G, 26A) and 30 penalty minutes. Peters has also served as an assistant captain in both seasons with the Warriors.

The Moose Jaw, Saskatchewan native was named the 2019 CSSHL U-16 WHL Scholastic Player of the Year, as well as being named to the 2019 U-16 All-Academic Team, while playing at the Prairie Hockey Academy.

Peters was an undrafted player eligible for the 2018 WHL Bantam Draft. The Oil Kings added him to their protected list in September of 2018, following a strong summer and start to the 2018-19 season.

The Oil Kings would like to welcome Ethan, his parents Jason and Teri, and his sister Sophia to the family.