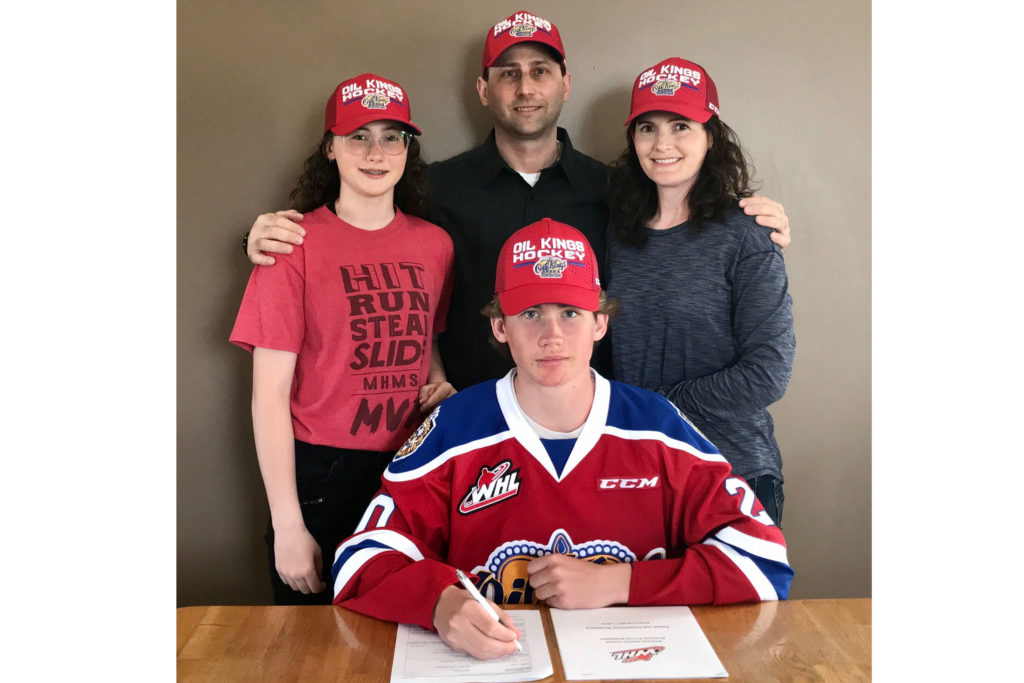 The 15-year-old from Medicine Hat, AB was limited to seven regular season games (7G, 0A = 7 points) as a member of the SEAC Tigers Bantam AAA (AMBHL) during the 2019-20 campaign due to injury. He dressed in five playoff games with the Tigers, registering a point-per-game with three goals and a pair of assists.

“Dawson is a very skilled forward and dynamic skater with one of the best shots in the Draft,” said Oil Kings Director of Scouting, Jamie Porter, following the Draft. “His injury probably affected his Draft status, but we’re very excited that he was available when it was our turn to pick at 20.”

“Dawson is a young man with great character, and we’re looking forward to seeing what he is capable of accomplishing at the WHL level,” said Oil Kings’ President of Hockey Operations and General Manager, Kirt Hill.

“We would like to welcome Dawson, his parents Dean and Robin, and his sister Danica to the Oil Kings organization.”