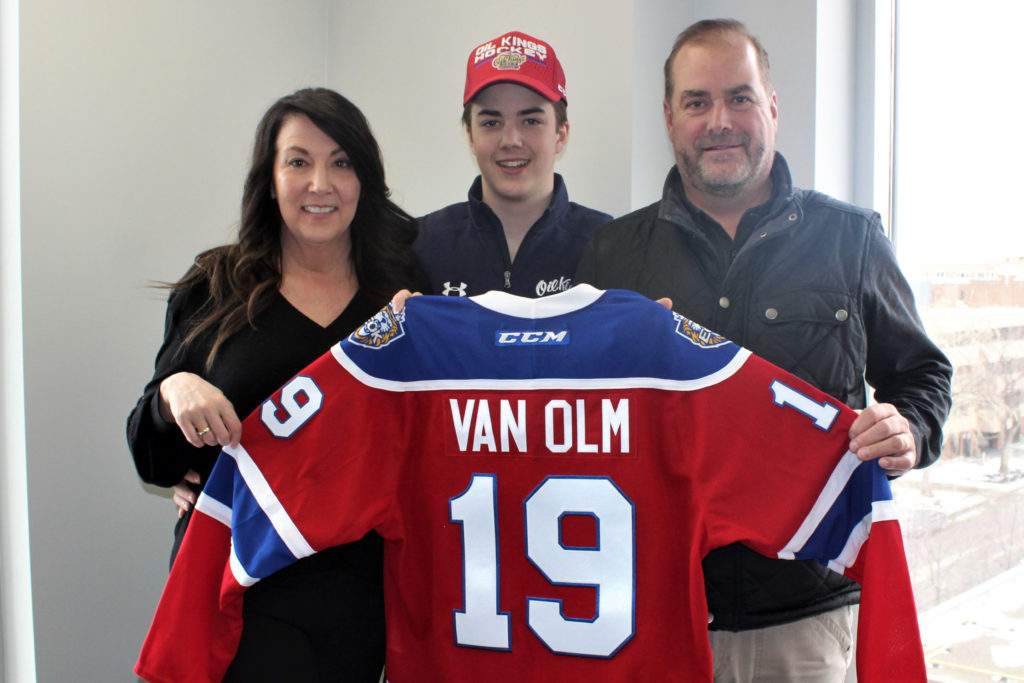 The 16-year-old from Calgary, AB dressed in 35 games as a member of the Calgary NWCAA Stampeders Minor Midget AAA (AMMHL) in the 2019-20 season, leading his team in scoring with 35 goals and 25 assists for 60 points along with 147 penalty minutes.

In 2018-19, he participated in the Alberta Cup and tallied six points (1G, 5A) in five games as a member of Team Alberta Green who claimed third place in the tournament.

“Shea had an impactful season in the AMMHL last year and earned the offer of a Standard Player Agreement,” said Oil Kings President of Hockey Operations and General Manager, Kirt Hill.

“Shea is a good skating, physical player who has the ability to finish plays around the net. He plays a hard-nosed style of game which makes him an effective player each and every shift.

“We would like to welcome Shea, his mom Siobhan, dad Mike, sister Capri and brothers Caelan and Tristan to the Oil Kings organization.”