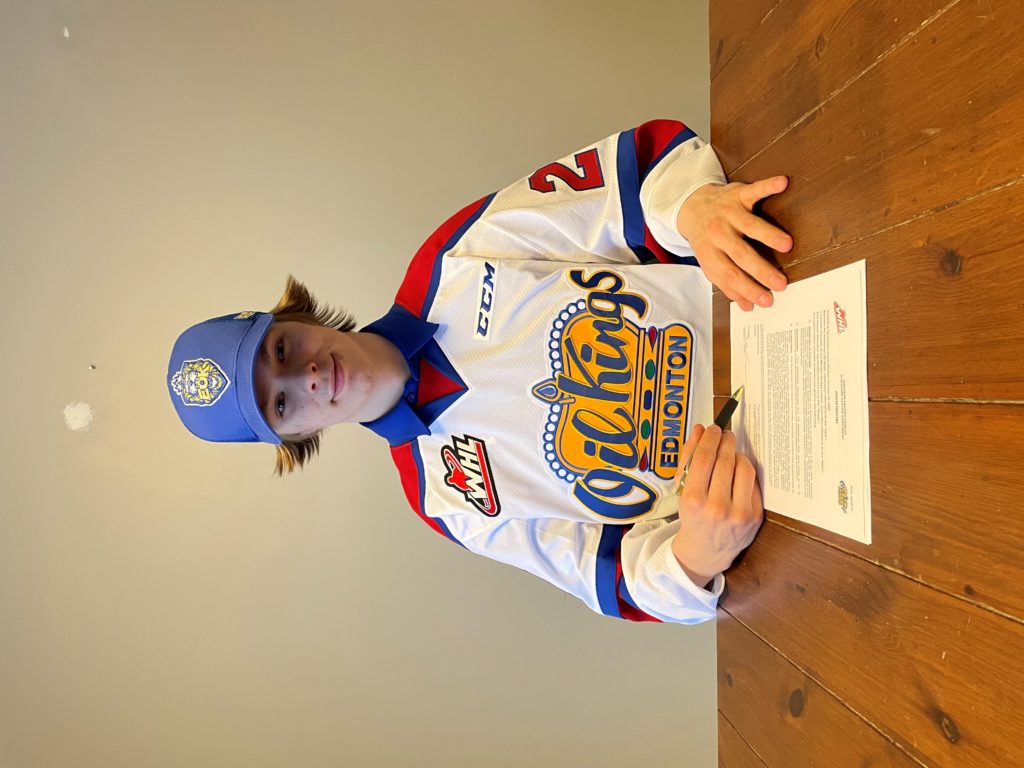 “We are excited to be signing Hayden to a Standard Player Agreement,” said Oil Kings Director of Scouting Michael Chan.  “As a player, he has shown a great amount of focus and resilience in continuing to develop his game amidst an adversity and pandemic-filled two seasons since his draft selection.

The Stonewall, MB product is playing this season with the U18 AAA Interlake Lightning where he has tallied 34 points (18G, 16A) and eight penalty minutes in 28 games.

“Hayden has demonstrated a knack for being able to contribute in a variety of different ways and has been determined to make a difference in each game he has played with the Interlake Lightning program upon returning from our Training Camp,” added Chan.  “Our staff is looking forward to being able to work hands-on with Hayden to continue his development trajectory and look forward to his future as an Oil King.”

The Oil Kings are excited to welcome Hayden and the entire Wheddon family to the Oil Kings organization.