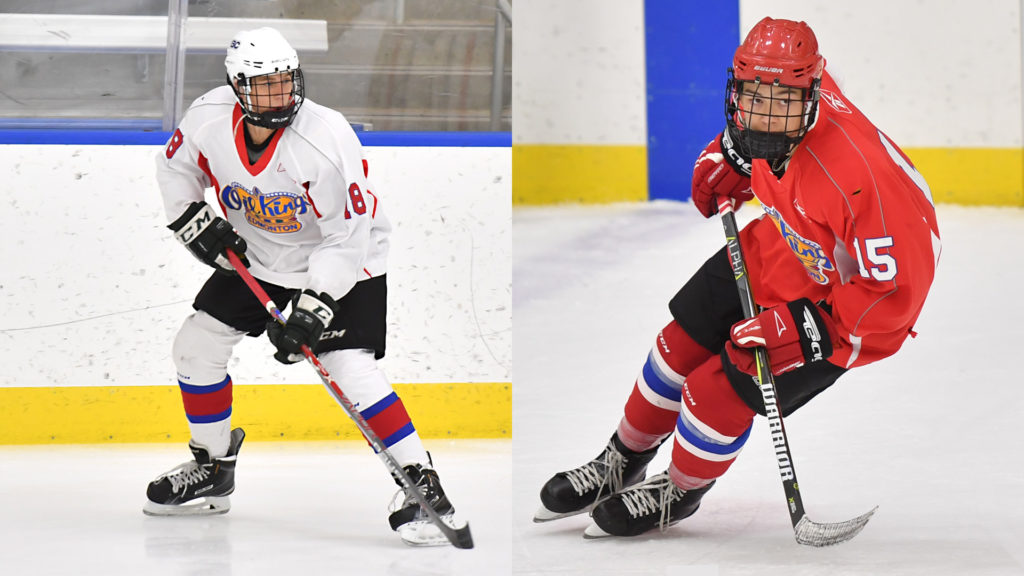 The Oil Kings selected Horstmann in the fourth round (70th overall) in the 2017 WHL Bantam Draft.  The 5-foot-11, 155-pound forward is currently playing with the Greater Vancouver Canadians (BCMML) where he has four assists in six games this season. Last season, the Richmond, BC native played with the Delta Hockey Academy Bantam Prep (CSSBHL) and collected 28 points (16G, 12A) in 30 games.

Luypen was the Oil Kings ninth-round selection (180th overall) in the 2017 WHL Bantam Draft. The 5-foot-9, 145-pound forward currently plays in the Okanagan Hockey Academy Prep program and has six points (3G, 3A) in five games. Last season, the Kelowna, BC product played with the Okanagan Hockey Academy Bantam Prep team in the CSSBHL and recorded 38 points (21G, 17A) in 30 games to lead the team in scoring.

“We are very pleased to have the opportunity to sign both Tyler and Jalen,” said Hansch. “This will officially allow them to be part of our Oil Kings program starting today and moving forward with our future group.”